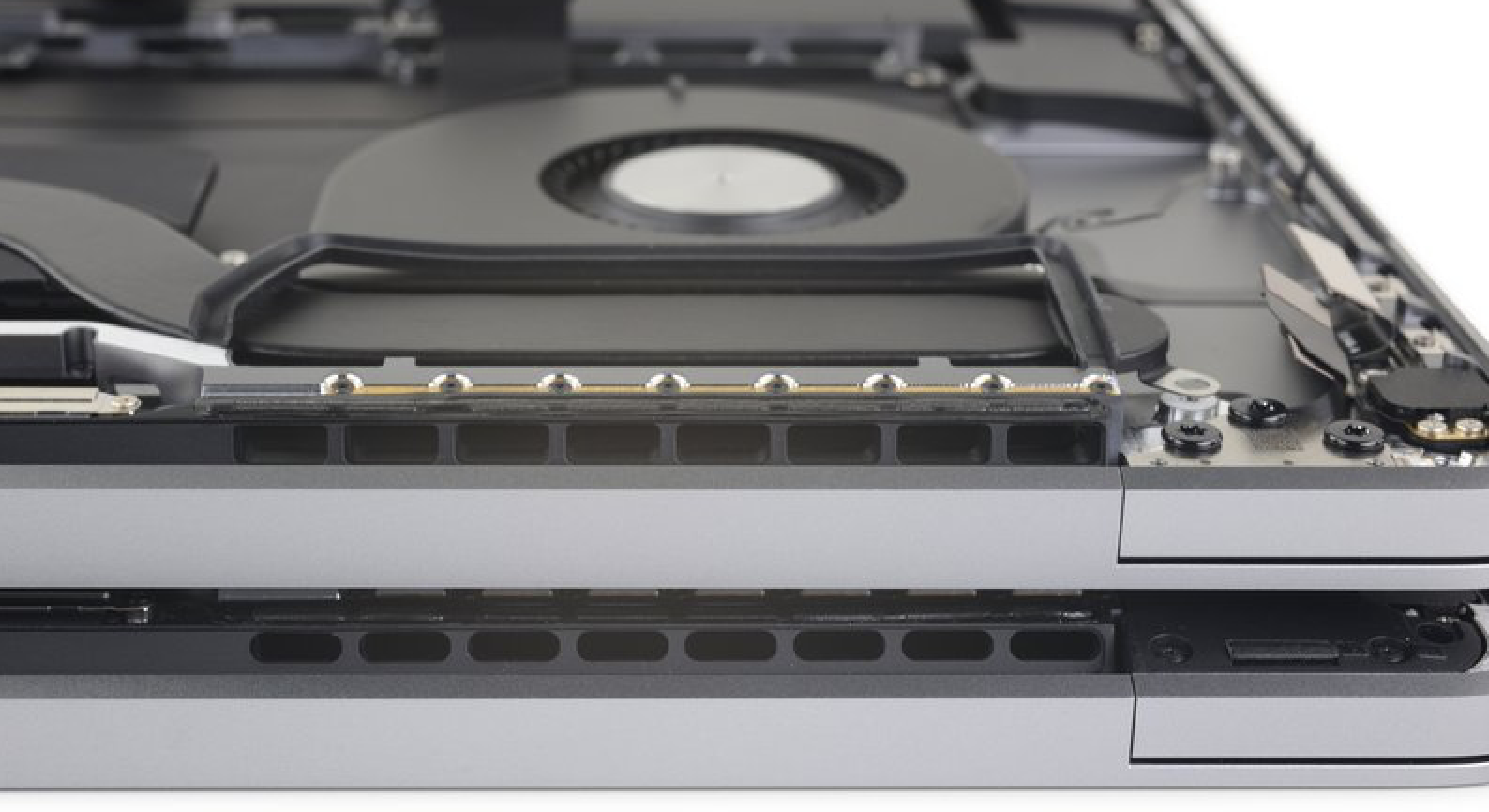 iFixit did an initial teardown of the scissor switch Magic Keyboard that comes with the 16-inch MacBook Pro last weekend and now they’ve given Apple’s latest notebook a full inspection. Follow along for a look at the new and improved thermal system, six-speaker system, Magic Keyboard details, and more.

iFixit noted in its initial peek inside the 16-inch MacBook Pro that the Magic Keyboard looked like it should solve the woes that the butterfly keyboard brought to users over the last several years. We also got a sneak peek at the inside of the rest of the machine.

Now that iFixit has completed its full teardown, we know how Apple evolved its thermal system for improved venting and the ability to push 28% more air to dissipate heat more effectively.

Pardon us while we vent for a minute. Stacked atop its slightly-older sibling (the 15-inch 2019 model), the new MacBook Pro has some noticeably larger exhaust holes.

That combined with these new fans, which feature bigger impeller blades, pushes 28% more air through the new Pro.

As iFixit previously shared, the Magic Keyboard is almost exactly the same as the stand-alone Magic Keyboard, except for the components being slightly thinner. Another positive sign for long-term reliability and ease of cleaning, the Magic Keyboard doesn’t have a silicone membrane like the more recent butterfly keyboard was revised to include.

There’s slightly less space surrounding these new keys, and pundits will celebrate those reconfigured arrow keys—but everything else looks nigh identical.

News flash: there’s not even a dust-proofing membrane on these new switches. We’re inclined to take this as a very good sign. (It means we can finally eat Doritos during teardowns again.) 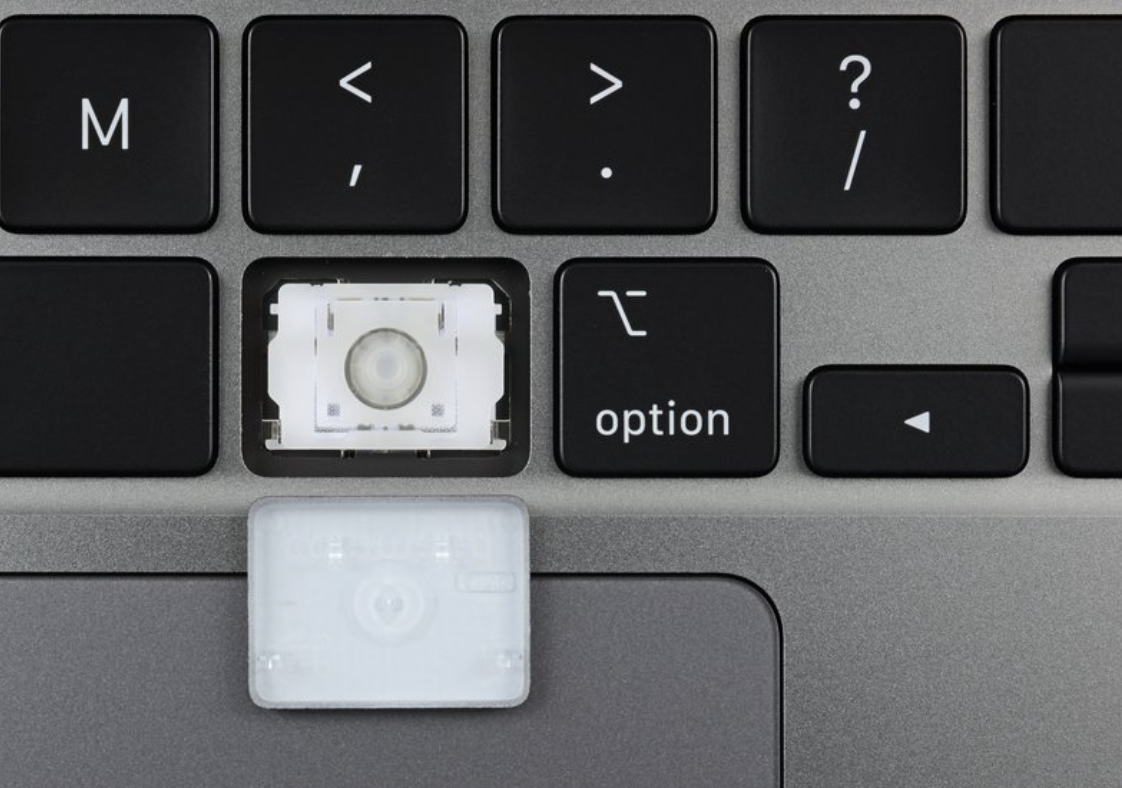 However, a disappointing find for repairability is the fact that the keyboard frame is riveted in place.

Nooooo! Once again, the keyboard assembly is riveted down. Though the switches are likely less vulnerable to crumbly assailants, the keyboard itself isn’t any more repairable than the Butterfly boards.

iFixit also shared a look at the new speaker system and three-mic setup found in the 16-inch MacBook Pro.

While the 16-inch MacBook Pro brings a variety of solid improvements, to no surprise it continues to fail iFixit’s repairability standards earning a 1 out of 10 for that metric.

On the bright side, it does still feature an easily replaceable trackpad and hey, we’ve got a reliable keyboard again!

Check out the full teardown for more details at iFixit. And if you didn’t catch it earlier, here’s iFixit’s initial teardown:

Cyber Monday Is The Time To Buy New Nerf Blasters, Including...

5G rollout faster than expected; will reach 1B people this year

Get Parallels Pro, Luminar, and 10 more toprated Mac apps for...