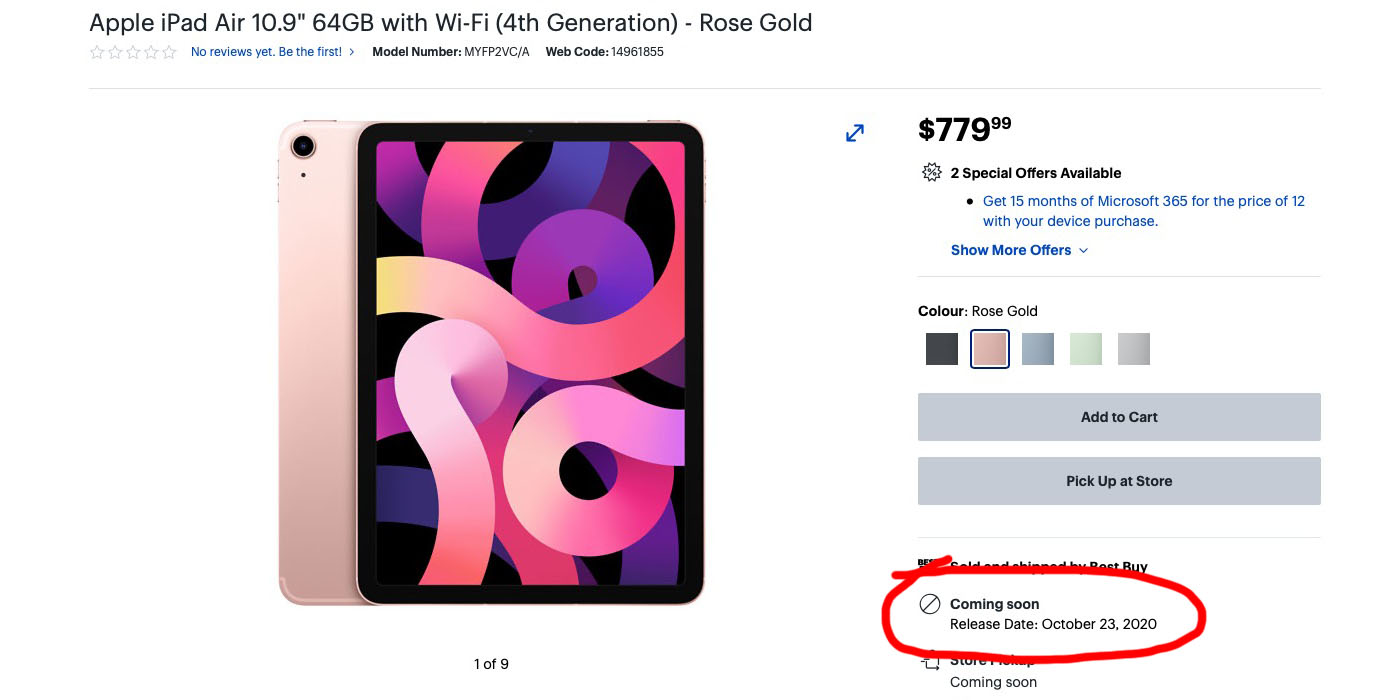 More evidence has emerged of the 4th-gen iPad Air release date being Friday October 23, thanks to a listing on Best Buy’s Canadian website (spotted by MacRumors).

This aligns with the date previously suggested by Jon Prosser. The suggested date would also make sense …

The previous report says that that preorders would open tomorrow, Friday October 16, with the new device available a week later. This would match the preorder and availability schedule of the iPhone 12 and iPhone 12 Pro.

Preorders for the first two iPhone 12 models open at 5am PDT tomorrow, and if the reports are correct, you’ll be able to place your iPad Air order at the same time.

The latest incarnation of the iPad Air is likely to be hugely popular, sharing the same slim-bezel form factor as the much more expensive iPad Pro, as well as many of the same features.

The new iPad Air features an iPad Pro-like design with a 10.9-inch display with a resolution of 2360×1640 with full lamination, P3 wide color gamut, True Tone, and anti-reflective coating. It also features USB-C connectivity and a redesigned speaker system […]

We got a further advance look at the new models thanks to some videos posted from an Apple event for Chinese media.

One of the videos demonstrates exactly how the new Touch ID sensor works integrated into the Power button since the new iPad Air doesn’t have a Home button or Face ID. This is the first time that an iOS device is introduced with Touch ID built into another button besides the Home button.

Of course, it’s always possible that the Best Buy listing just has a placeholder date, or one copied from the iPhone 12, but given the alignment with Prosser’s report, it does seem very likely that the suggested iPad Air release date is correct. While Prosser’s track record on products is sketchy, he does have a solid record on dates.