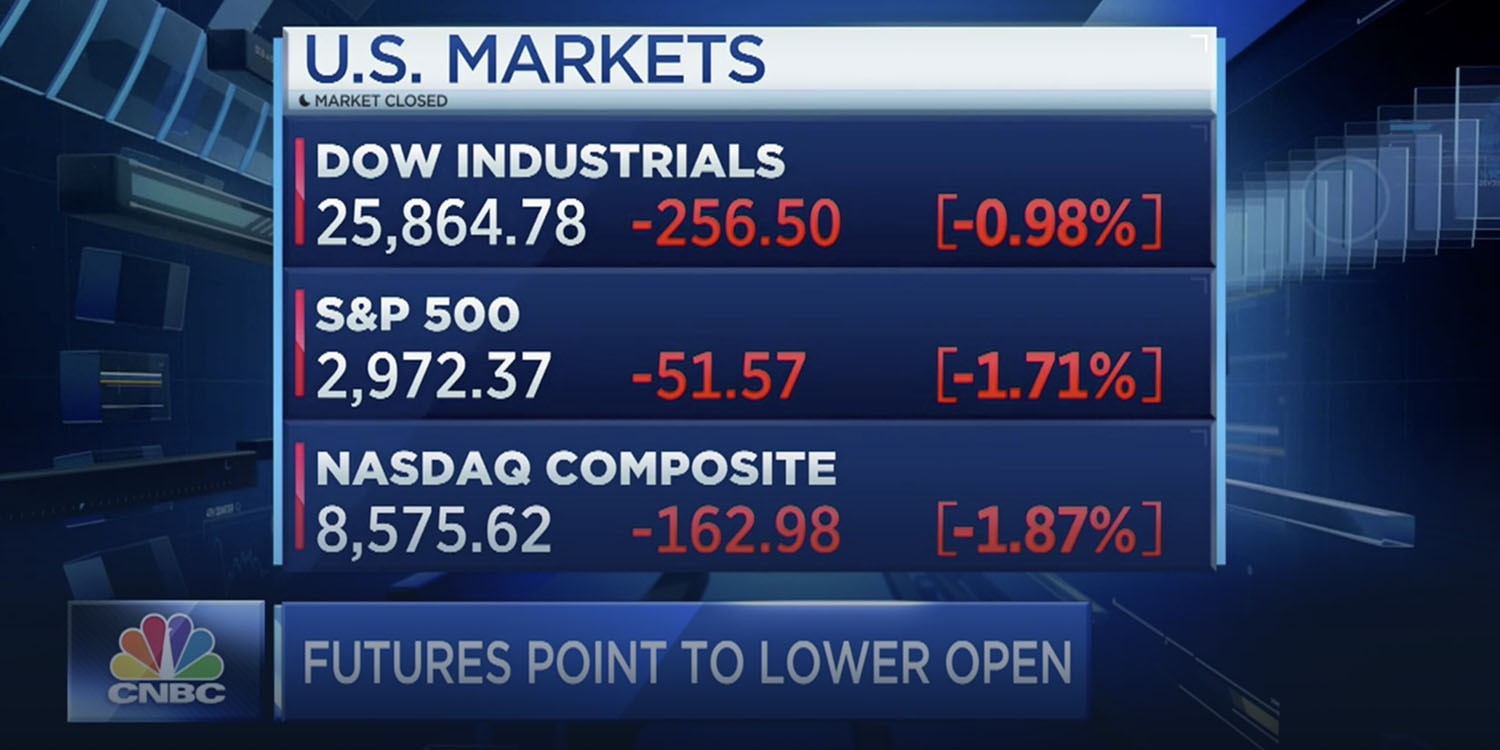 AAPL is down more than 7% in pre-market trading, but it’s nothing to do with the company: it’s part of a slump across the stock market caused by two factors.

First, coronavirus fears are causing nervousness about the performance of shares across the market. Many companies, including Apple, are suffering the double-hit of supply problems in China and reduced demand from less shopping as consumers avoid shops …

Second, and the specific trigger for the current concern, Saudi Arabia slashed oil prices over the weekend, with immediate impact on energy companies, then banks due to concerns that energy firms could default on loans, and the rest of the market as a knock-on effect.

CNBC reports that there is a lot of panic in the market.

Investors have already been on edge about the coronavirus outbreak that caused major stock averages to tumble into correction territory. As of Sunday, global cases of the infection have climbed to more than 109,000 with at least 3,801 deaths around the world. The situation is also worsening in the U.S. with New York, California and Oregon all declaring a state of emergency.

“The idea that lower gasoline prices is going to put more cash in workers’ pockets and give consumer spending and the economy a boost doesn’t seem to cushion the blow for stock market investors,” Chris Rupkey, MUFG Union Bank’s chief financial economist, said in a note Sunday. “They want out. Big time. The sky is falling. Get out, get out while you can. Wall Street’s woes have to eventually hit Main Street’s economy hard.”

A separate CNBC report suggests that ‘circuit breakers’ designed to protect against panic-selling are likely to kick in today.

With U.S. stocks set to plunge at the open, investors will be watching for key market circuit breakers to kick in and limit or halt the market altogether.

According to the New York Stock Exchange, a market trading halt may occur at “three circuit breaker thresholds” on the S&P 500 due to large declines and volatility. The exchange classifies this at three levels based on the preceding session’s close in the S&P 500.

Falls of 7%, 13%, and 20% respectively will trigger automatic suspensions of trading. The first two ‘pauses’ will be for 15 minutes each, while the final one would suspend trading for the rest of the day.