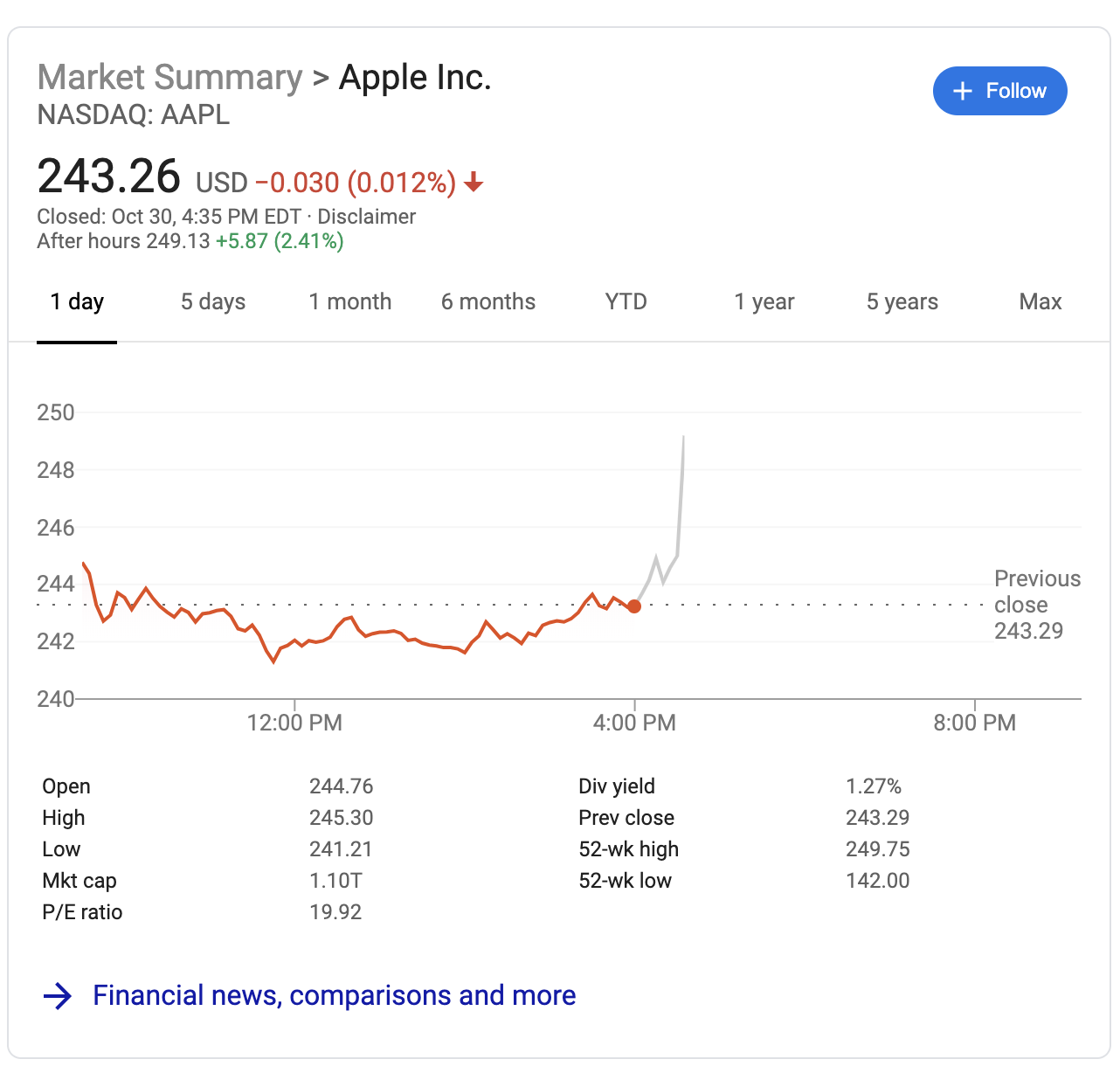 AAPL’s Q4 2019 earnings day has arrived. For the fourth fiscal quarter of 2019, Apple had forecasted revenue between $61 billion and $64 billion. That compares to the $62.9 billion it reported in the same quarter last year.

How did Apple perform during Q4 2019? In its earnings release, AAPL has announced revenue of $64 billion and profit of $13.69 billion. Apple no longer reports iPhone, iPad, and Mac unit sales numbers, though it does report a revenue breakdown by product category. More details below.

Apple CEO Tim Cook had this to say about AAPL’s Q4 2019 earnings:

“We concluded a groundbreaking fiscal 2019 with our highest Q4 revenue ever, fueled by accelerating growth from Services, Wearables and iPad,” said Tim Cook, Apple’s CEO. “With customers and reviewers raving about the new generation of iPhones, today’s debut of new, noise-cancelling AirPods Pro, the hotly-anticipated arrival of Apple TV+ just two days away, and our best lineup of products and services ever, we’re very optimistic about what the holiday quarter has in store.”

“Our strong business performance drove record Q4 EPS of $3.03 and record Q4 operating cash flow of $19.9 billion,” said Luca Maestri, Apple’s CFO. “We also returned over $21 billion to shareholders, including almost $18 billion in share repurchases and $3.5 billion in dividends and equivalents, as we continue on our path to reaching a net cash neutral position over time.”

While AAPL earnings no longer include hardware unit sales, the company does provide this revenue breakdown by product category:

The Q4 2019 earnings release covers the first week of iPhone 11 availability, and we expect Apple to comment on the launch during its earnings call. That being said, the full effect of the iPhone 11 also won’t show up in earnings results until Apple reports fiscal Q1 2020 numbers in January.

For Q1 2020, which is the holiday quarter, Apple is forecasting:

AAPL stock is up just over 2 percent:

Read the full report on Apple Newsroom and stay tuned to 9to5Mac for more coverage from the AAPL earnings call with Tim Cook and Luca Maestri next. You can listen live to the AAPL Q4 2019 earnings call audio streaming at the top of the hour here, or listen back shortly after the call with Apple Podcasts.