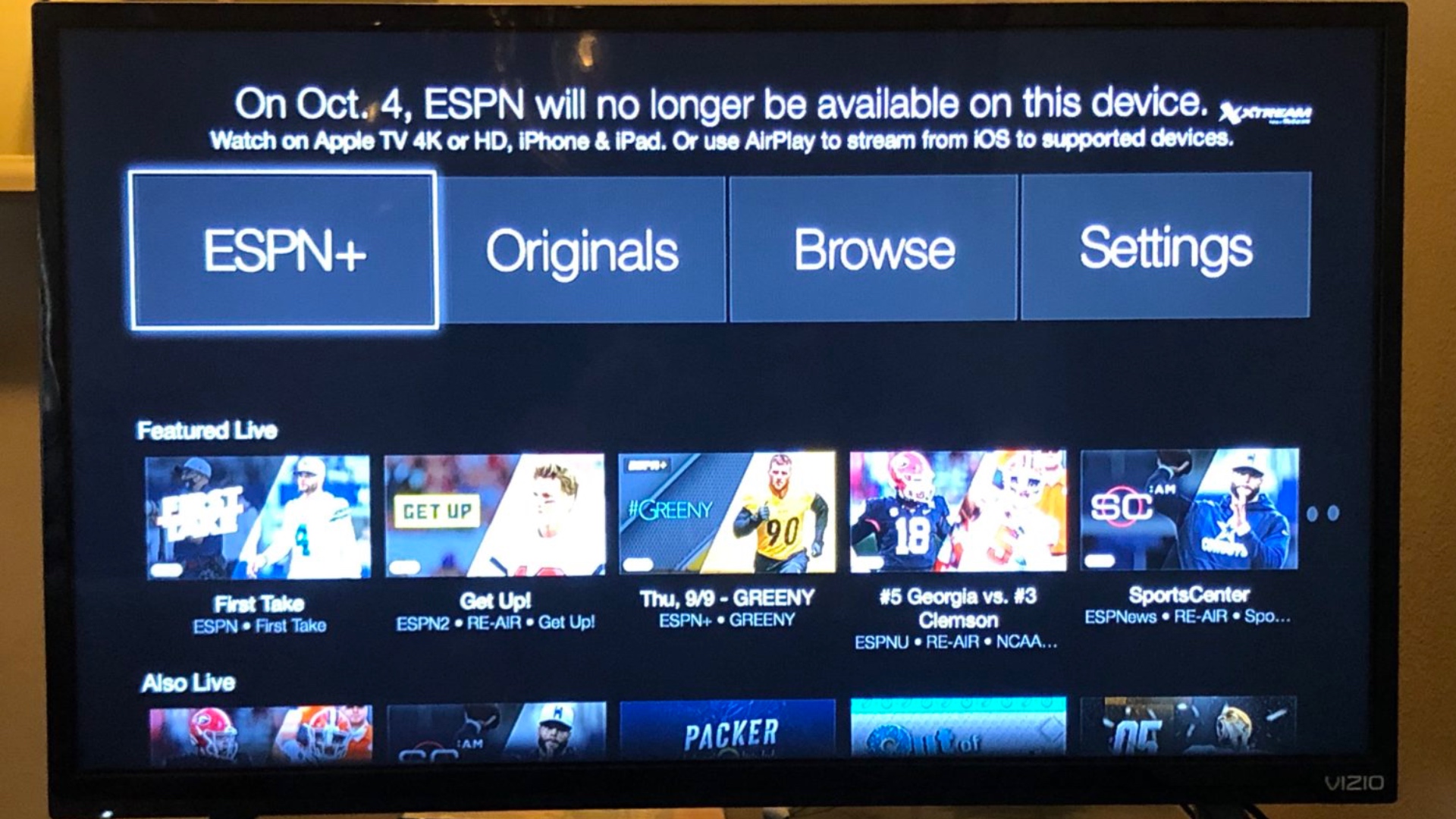 The third-generation Apple TV was launched in 2012. Almost a decade later, more and more apps are dropping support for this Apple set-top box. Now, ABC News and ESPN are joining this continually growing list.

As spotted by Appleosophy, both ESPN and ABC News apps will lose support for the third-generation Apple TV starting October 4, according to messages in its apps on the set-top box.

On Oct. 4, ESPN/ABC News will no longer be available on this device. Watch on Apple TV 4K or HD, iPhone & iPad. Or use AirPlay to stream from iOS to supported devices.

Both apps are owned by Disney, and this is why they’re losing support together. As for now, the ESPN app still lets users subscribe to ESPN+ or just let non-members watch free clips on the third-generation Apple TV.

For the ABC News app, although it doesn’t offer a membership it used to allow users to stream a 24/7 feed of ABC News. According to Appleosophy David Becker, “After trying that feature Thursday morning, it does not appear as though that feature is no longer available.”

If you own this model and don’t want to get rid of it, you’re still able to subscribe to some Apple TV Channels or just AirPlay your favorite streaming services from your iPhone or iPad.

On the other hand, if you plan to upgrade to a new set-top box, Apple launched the second-generation Apple TV 4K earlier this year with a new Siri Remote, HDMI 2.1 support, a better processor, and tvOS support.