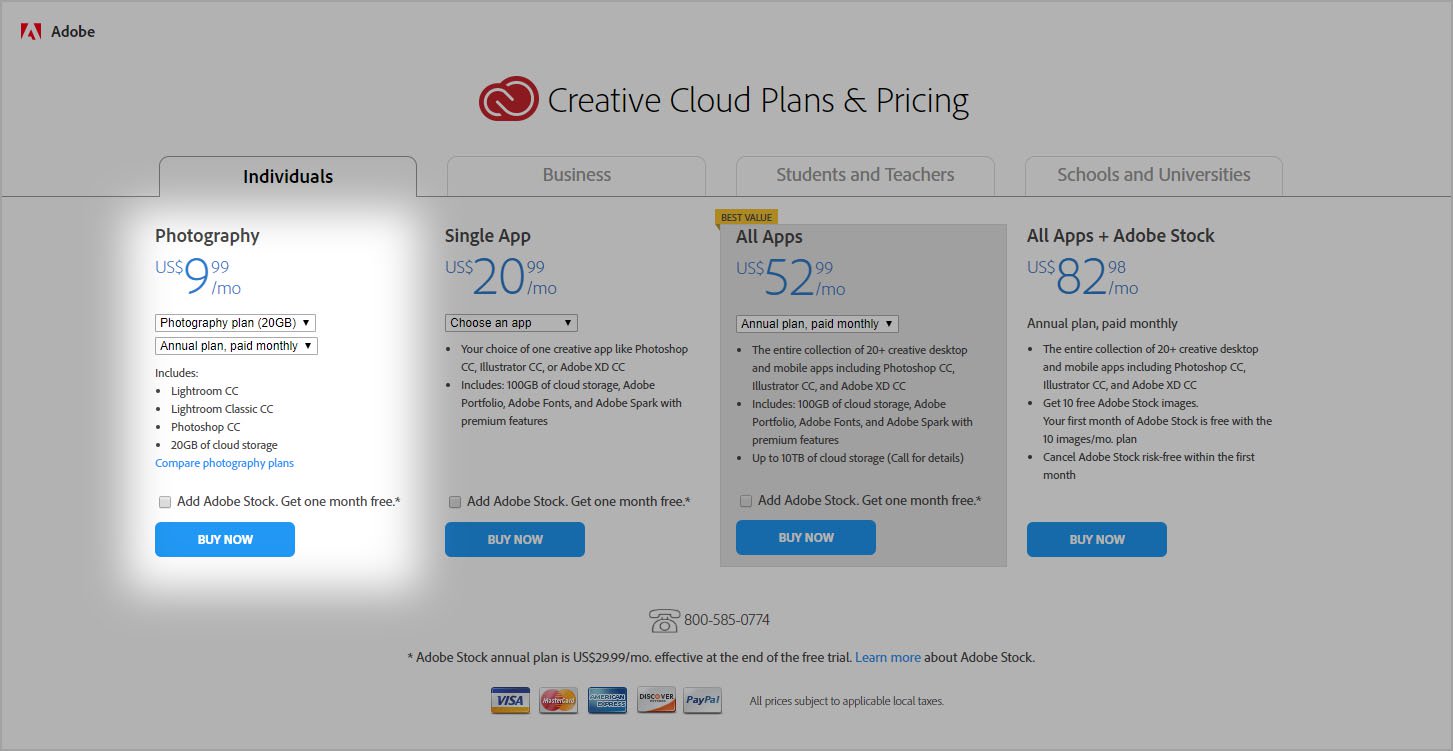 Adobe has made a notable change to its Creative Cloud subscription plans. The $10/month Photography offering that was a popular way to get access to Photoshop and Lightroom has just doubled in price. Meanwhile, Lightroom on its own is now priced at $10/month.

As spotted by PetaPixel, the base $10/month Photography subscription featuring Photoshop and Lightroom now has a $20/month price tag. Photoshop is also offered on its own for $21/month (as a single-app subscription).

The 100% price bump came as a surprise to many users and PetaPixel was able to confirm the change with Adobe. Here’s how the company’s website used to look:

The previous $10/month price for the Photography package dates back to 2013 and was very popular. Here’s the Creative Cloud subscription lineup looks now:

Adobe gave an official response to PetaPixel that essentially said the pricing change might be a test, only seen by some users.

As for what we’re seeing, Lightroom on its own is now $10/month in addition to the new $20/month subscription for Photoshop and Lightroom. Notably, that pricing could become even higher for users who want the iPad version when it’s released sometime this year.

PetaPixel says a workaround for now to get the old $10/month pricing for both Photoshop and Lightroom is to either use this link that Adobe has buried on its site, call Adobe sales directly at 866-493-4989, or use the chat feature on the company’s website.

It doesn’t sound like existing users will be seeing the price change, at least for now.

This price hike (temporary or permanent) likely makes competitors like Pixelmator and Pixelmator Pro look quite appealing with solid features and a one-time purchase model.