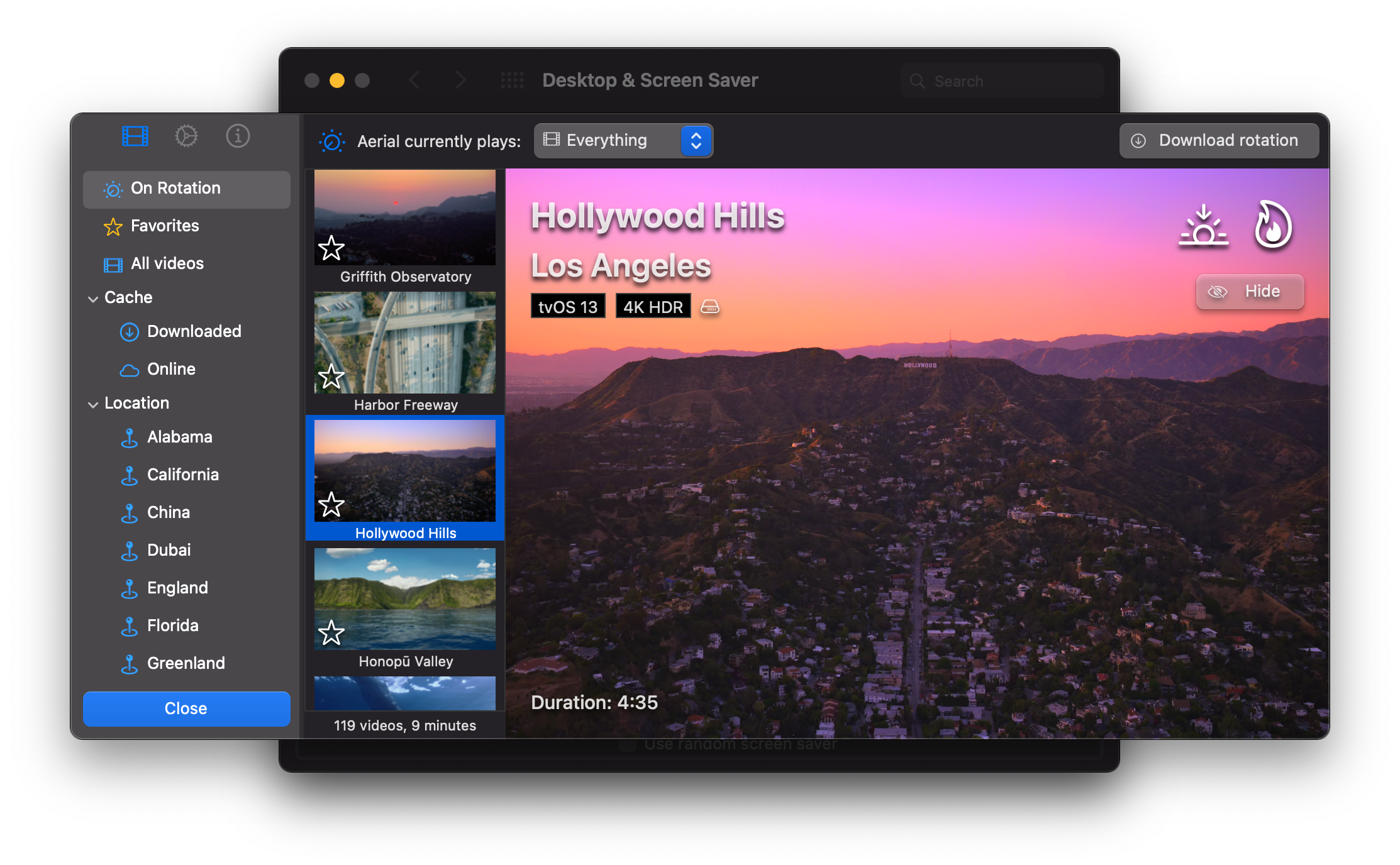 Aerial is a free, open source app that offers Apple TV screensavers for the Mac. Today, Aerial has been updated to version 2.0 with some important enhancements, including a new settings interface, better cache control, and, most importantly, more screensavers.

If you’re an Apple TV user, you’re probably familiar with Aerial screensavers, which were first introduced with fourth-generation Apple TV. Aerial screensavers bring stunning footage from different places around the world, including popular cities, oceans, and even space.

While Aerial screensavers are exclusive to Apple TV, developer John Coates originally created the Aerial app for macOS, which enables the same Apple TV screensavers on macOS. And thanks to Guillaume Louel, version 2.0 of the app has just been released for Mac users with significant improvements to the Aerial experience.

The Aerial app settings panel has been completely redesigned, so it’s now even easier to manage all available screensavers. More than that, users now have more control over the app cache, which is important as most videos are recorded on 4K HDR, which can take up a lot of storage space.

You can now let the app automatically download and delete screensavers as they’re shown instead of keeping them all saved on your Mac. Aerial 2.0 has an option to limit the cache size, and users can choose whether the app will download new videos weekly or monthly. Another great new feature included with Aerial 2.0 is that the app can now reproduce specific screensavers for sunrise and sunset periods.

In addition to the new features, the update brings 20 new unique screensavers that have been donated by a professional artist, which can be enabled or disabled in app settings.

Aerial 2.0 is free and users can install it as an individual screensaver or through a new dedicated app that can automatically download and install updates when available. Aerial is compatible with OS X Mavericks (10.9) and later, but some features require macOS Sierra (10.12) or later. You can check more details about Aerial on GitHub.