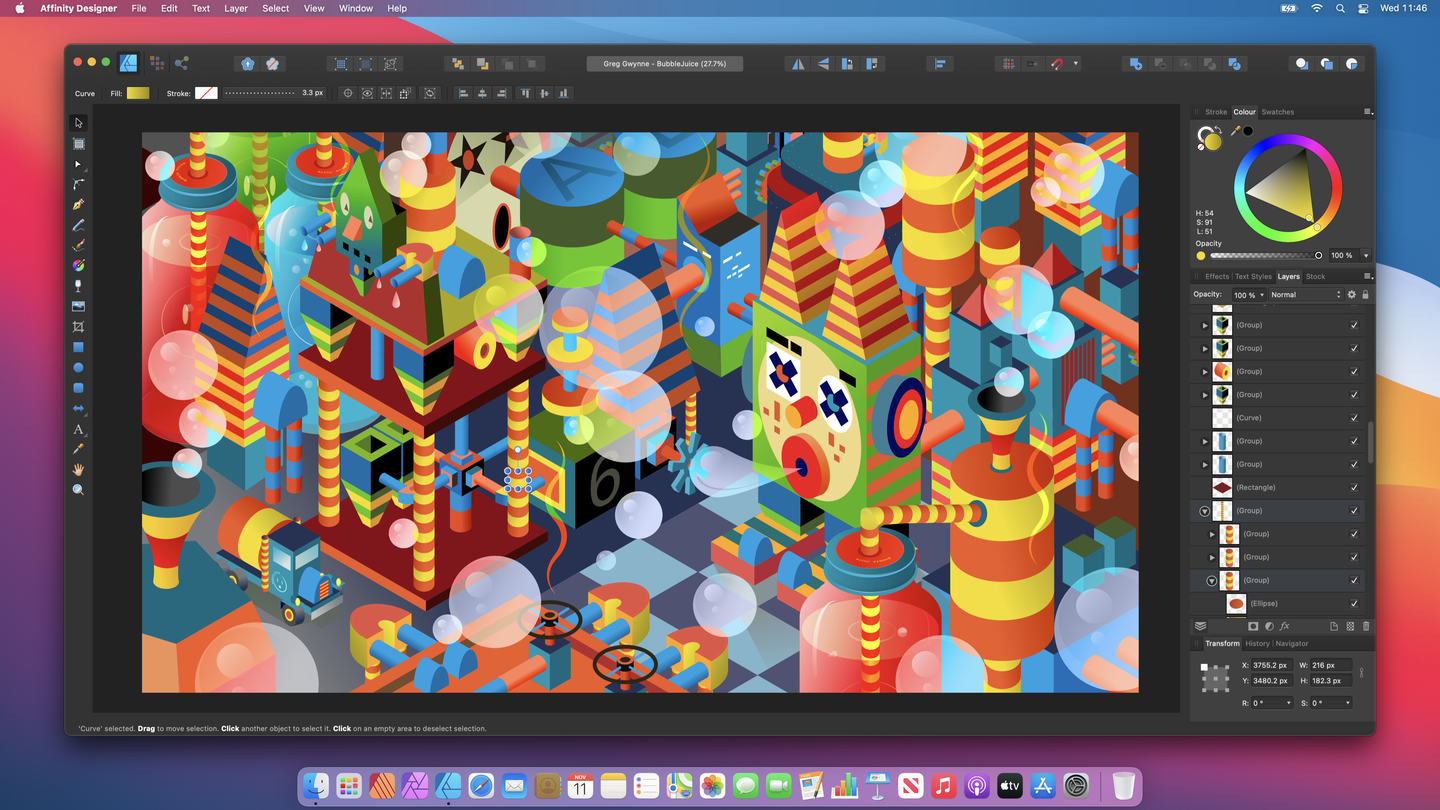 With macOS Big Sur landing today and Apple Silicon Macs arriving to customers by November 17, it’s awesome to see developers releasing updates to offer support for both. And of course that means impressive performance gains with the first M1 Macs. Affinity is out today with new versions of all of its Mac apps to take advantage of Apple’s latest software and hardware.

Affinity announced the news in a blog post today that the new versions of all of its Mac apps are available now (Affinity Photo, Designer, and Publisher).

We’re thrilled to share that the 1.8.6 update for the macOS versions of our apps is fully compatible with Apple’s latest macOS update, Big Sur, and is also optimized for M1—Apple’s newly-launched chip, specifically designed for the Mac.

When it comes to the the Affinity workflows that will benefit from Apple Silicon, the company says “documents with thousands of pixel layers, vector objects and text” will see noticeable gains.

This is great news for our users because the architecture of the M1, particularly having such a high-performance GPU with unified memory with the CPU, is perfect for professional creative applications. The advantages are particularly noticeable when working on documents with thousands of pixel layers, vector objects and text. Edits to pixel layers are best handled on the GPU, while vector and text on the CPU, so when you have unified memory, it allows much faster handling of these complex documents.

To sum it up, M1 makes our apps run faster, smoother and feel more responsive than ever before (we’ve already even seen speed increases of over 3x faster running on the new MacBook Air). It’s definitely a big step forward for Mac, and we can’t wait to see how the rest of the Mac range develops with Apple silicon in the future.