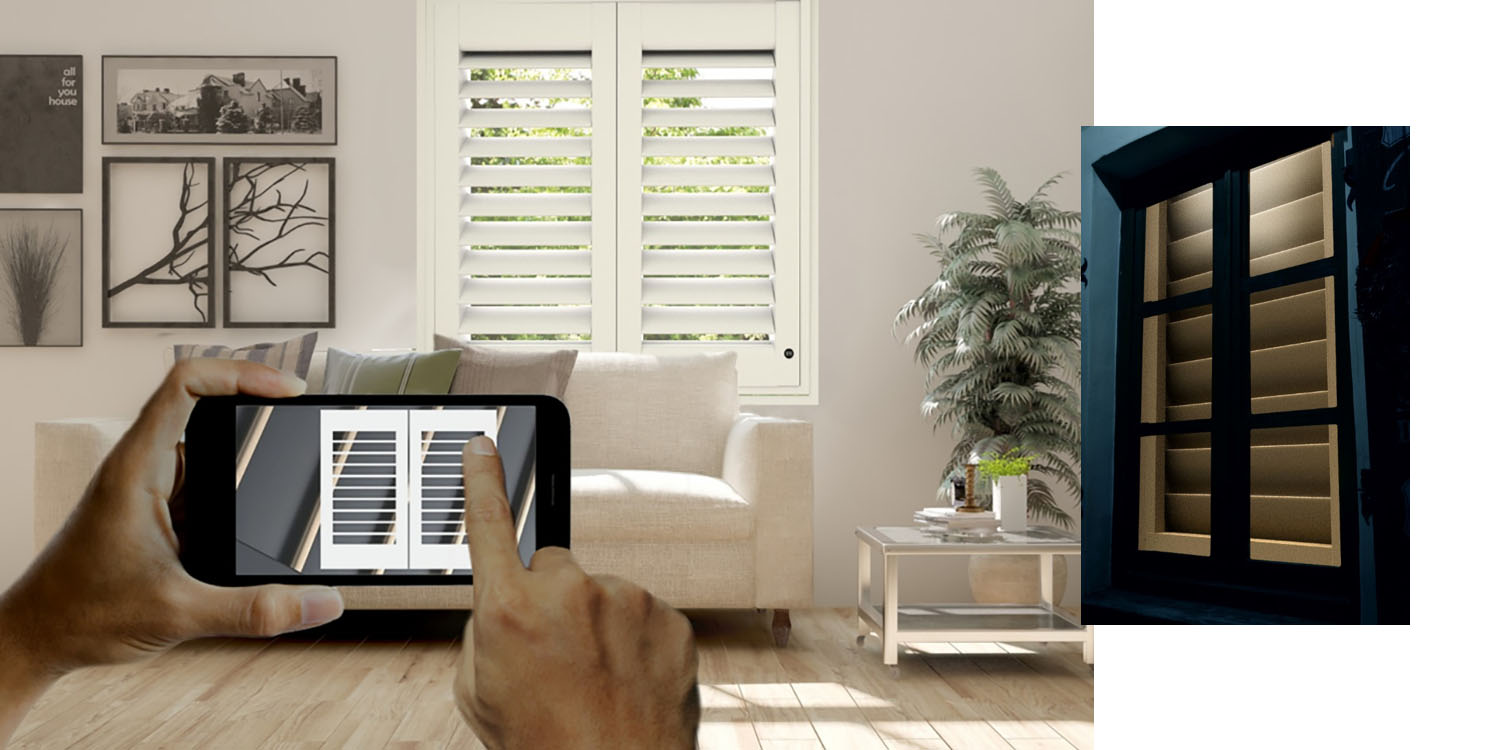 We’ve seen a few examples of smart blinds with HomeKit support, but British company Elizabeth Henley claims to be the first company on the market to offer HomeKit-compatible smart shutters.

The Smart-tilt shutters themselves are very traditional ones, with a couple of hidden features …


First, says the company, there’s ‘a cleverly concealed LED light.’ This provides mood lighting inside the room, and also acts as a security feature.

Outside the home it looks like the house is occupied, Smart-tilt gives a virtual presence to an empty house.

There’s also a discreet camera, allowing the shutters to double as a security system.

Another innovation with smart-tilt is the 5 megapixel camera discreetly located in the rear of your shutters. WIFI enabled and designed to be positioned at eye level, the camera works in configuration with a motion sensor allowing automated emails and alerts to be sent to your smart phone if there is motion in the vicinity of the camera when the house is empty.

The mains-powered shutters can be configured to automatically close at dusk and re-open at dawn, while HomeKit support means that control can also be included in all your usual scenes.

The company says the shutters themselves are made from American poplar wood with stainless steel invisible hinges and zinc alloy shutter pins.

They are available in a range of different shades of whites and grays, alongside black, moss green, olive yellow and pastel blue. Bespoke color requests are also possible.

Smart-tilt shutters certainly aren’t a cheap option, at £495-535 ($645-700) per square meter, depending on the finish. If you’re looking for rather more accessible smart window coverings, Ikea’s HomeKit-compatible smart blinds are expected to start from around $113 when they go on sale in the US in April.

We’re still waiting for HomeKit compatibility to be added to our Luxaflex Duette blinds, though not too impatiently: we have some some automated schedules, and invested in a couple of Amazon Echo dot speakers to provide voice control in the meantime.

Check out the promo video below for a closer look.