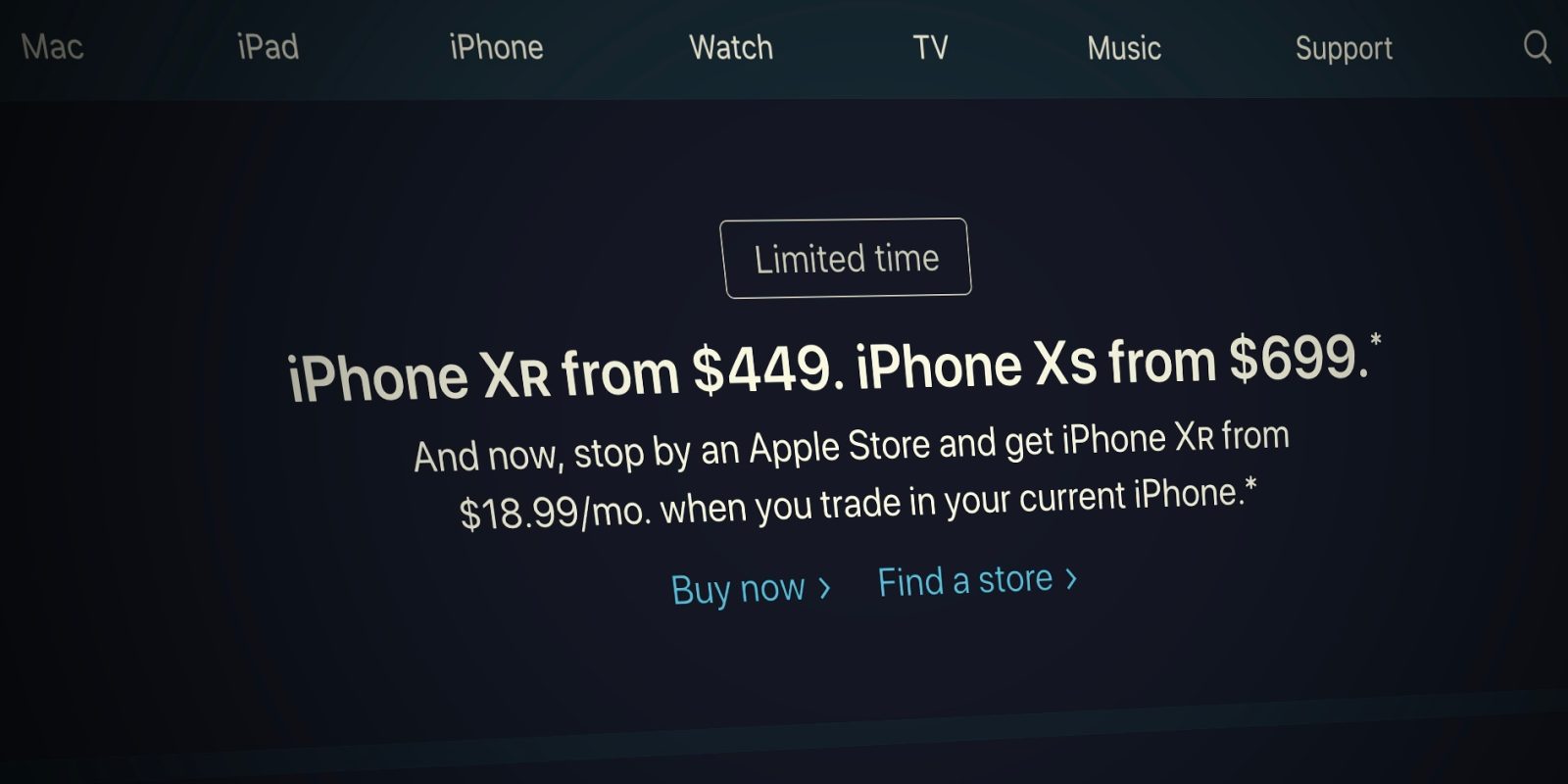 Just like we saw happen last month, Apple has extended the final date of its iPhone trade-in promotion. We can tell this from the small print on the Apple.com/cn homepage. Yesterday, it said that the deadline for iPhone XS/XR boosted trade-in was February 17. Now, it says the offer continues until March 25.

This likely signals yet another extension to the ‘limited time’ promotion worldwide. Still, outside of the US, customers can only benefit from the additional trade-in value at an Apple retail store.


The US is the only region where Apple offers the trade-in discount both at the Apple Online Store and brick-and-mortar locations. The US site has never said an explicit end date as it appears Apple is not legally required to state one in accordance with American law.

What happened last month is that the Japanese site updated first with a new date, and then other store regions followed suit soon after. We expect the same to happen again. Perhaps it is coincidence, but the new end date of March 25 is the same day as the rumored spring Apple event.

Assuming the promotion continues worldwide through March, the deal that Apple promotes as “limited time” will have lasted for a third of a year. And there’s nothing to say that it won’t continue beyond March.