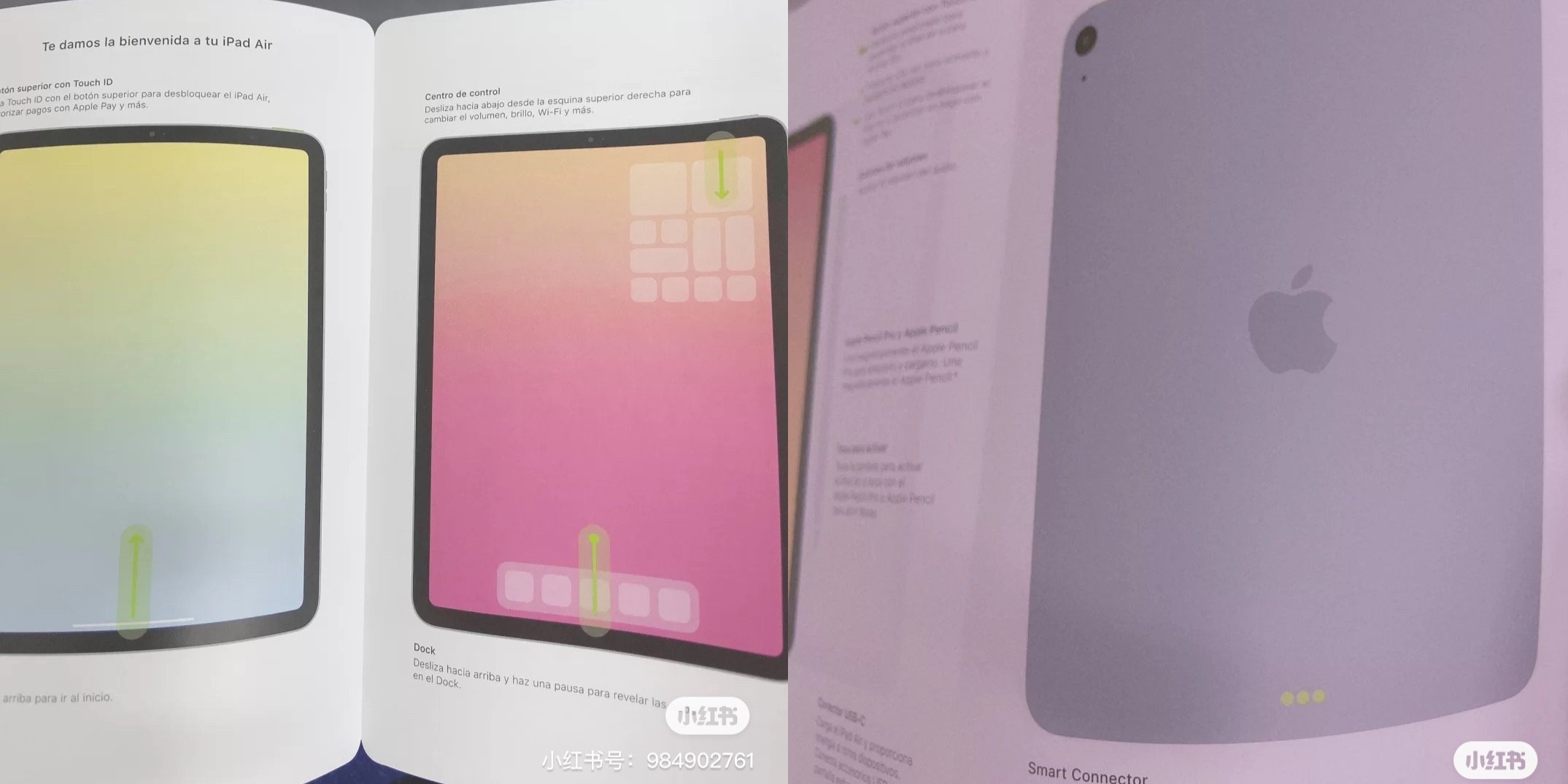 Earlier this year, leaker @l0vetodream reported that Apple was developing a new iPad Air model featuring a full-screen design and a Touch ID power button. Ming-Chi Kuo has predicted a new 10.8-inch iPad is coming in the fall.

Today, @DuanRui shared images of what appear to be the instructions pamphlet for the as-yet-unreleased iPad Air 4, written in Spanish. It shows a drawing of a dramatically different iPad Air, that resembles the iPad Pro series with its thin bezel full-screen face. The pamphlet also mentions that the new iPad Air would use USB-C instead of Lightning, again like its iPad Pro siblings.

The iPad Pro uses the TrueDepth camera system and Face ID for quick user authentication. The (cheaper priced) iPad Air shown here does not feature Face ID. Instead, it appears to use Touch ID — not in a home button but in the power button on the side of the unit.

The idea of a Touch ID side button in an Apple product was first floated by analyst Ming-Chi Kuo, who predicted that the 2021 iPhone SE Plus would feature Touch ID in the side button.

Although these images could have been made in Photoshop, 9to5Mac can spot no obvious inconsistencies, and it does line up with the previous rumors.

From Eurasian regulatory commission filings, we know that Apple is preparing new iPads for a hardware refresh sometime soon. But regulatory filings do not shed any light on the industrial design.

Assuming this latest leak is legitimate, it would represent a major upgrade for the iPad Air line, whose external design is somewhat dated at this point. The iPad Air sits between the base model $329 iPad and the higher-end iPad Pro models in Apple’s tablet lineup. Giving it the more modern slim bezel look would help to distance it further from the cheap iPad.