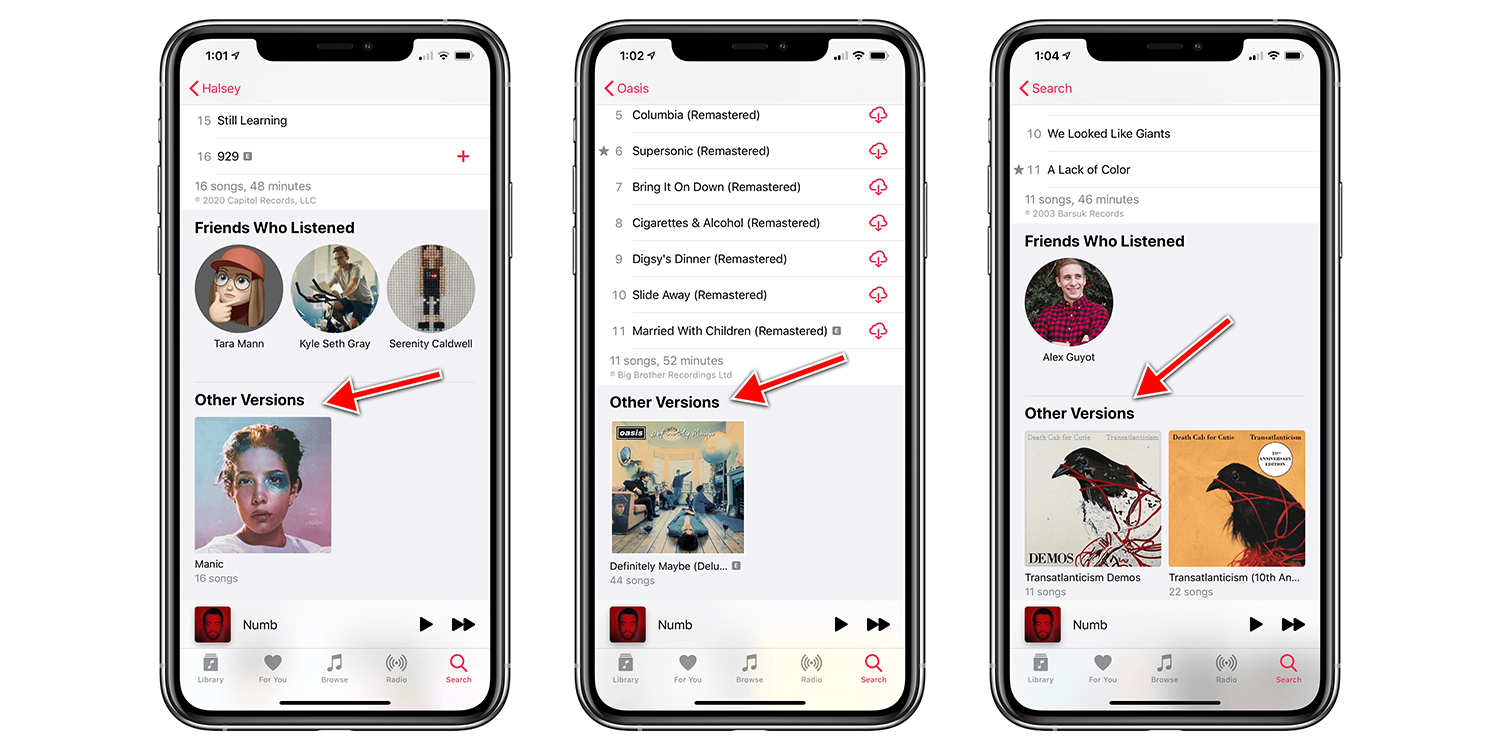 Apple Music now has a much smarter way of handling alternate album versions – one it has belatedly copied from the original Beats service.

Previously, if there was more than one version of an album, they each appeared on the artist page, which made for a cluttered and confusing experience…

But MacStories‘ Federico Viticci spotted that Apple now does what Beats used to.

When alternate album versions are available, they’re now listed in a dedicated Other Versions section underneath an album’s track list […]

Alternate versions are now hidden by default from Artist pages. You’ll only see the alternates once you tap on the album cover, which is a much neater way to do it.

For example, if you view the Death Cab for Cutie artist page in Apple Music, you’ll see Transatlanticism as one of the group’s albums, but only one version of it so as to prevent unnecessary cluttering of the album list. Open that album, however, and you’ll see the Other Versions section containing the Demos and 10th Anniversary versions.

It’s not the first time Apple Music has belatedly copied a feature from Beats. Back in 2018, the streaming music service finally separated albums from singles and EPs on an artist’s page.

Apple Music has updated to better separate content items on artist pages. Previously, Apple Music treated albums the same as singles and EPs; the latter would appear as album listings of single tracks. With a behind-the-scenes update rolling out now, artist pages now feature a separate Singles & EPs section, which declutters the Album section to only feature real albums.

Last year Apple introduced the Apple Music Replay, a feature that allows users to have a retrospective of what songs and albums they’ve listened to the most during each year through different playlists. And now you can access your “Replay 2020” playlist with the most played songs in your Apple Music this year.