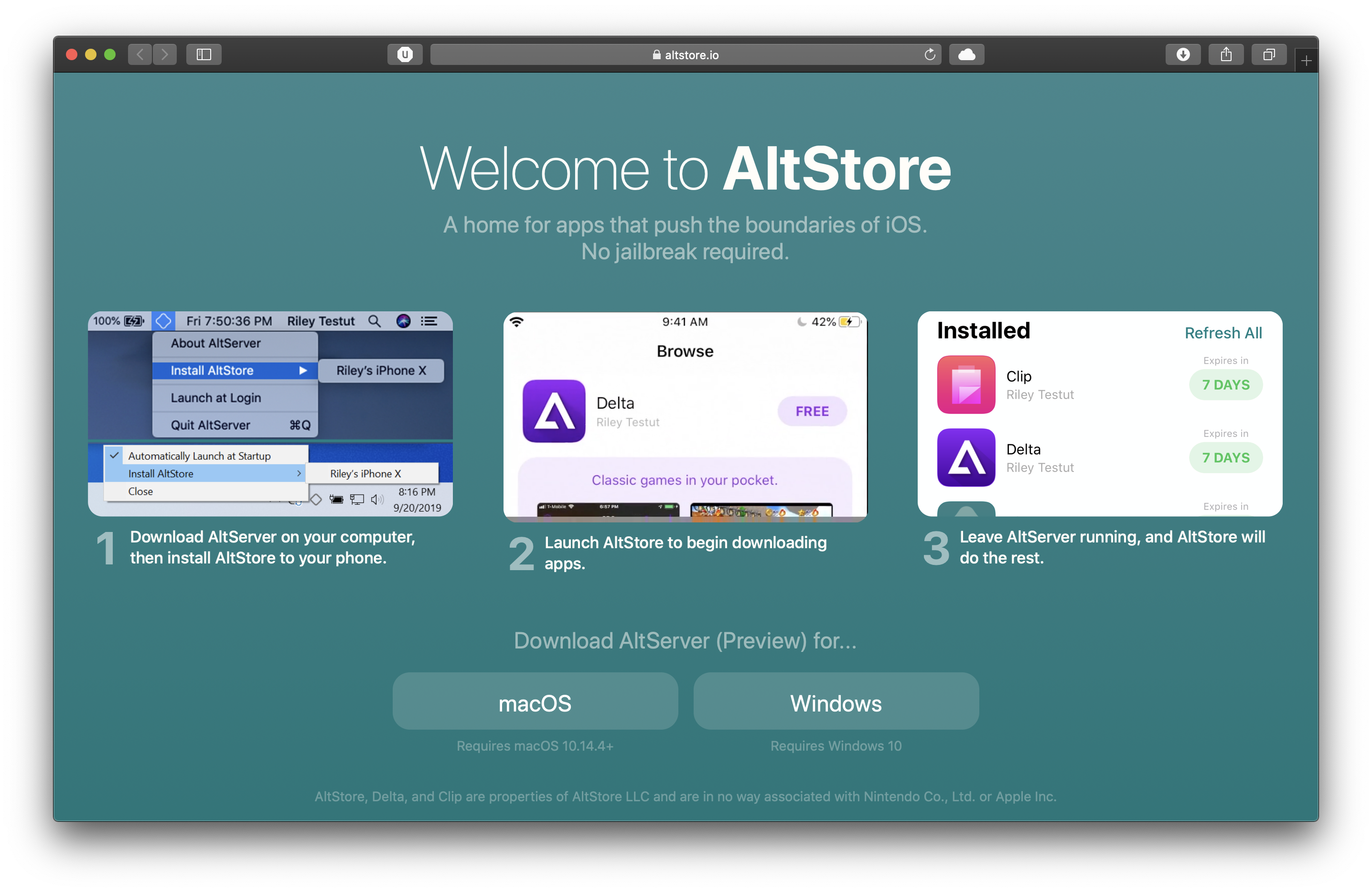 Apple has some strict rules about what can be published on its App Store. iPhone and iPad users can’t install apps like console emulators, Torrent clients, and more. Some workarounds eventually appear on the web, but they usually require a jailbroken device. This not the case with AltStore. Developer Riley Testut announced today this alternative solution to the iOS App Store that will not requires jailbreak tools, making it available even for users on iOS 13.

According to an article on Testut’s personal blog, AltStore uses the feature that Apple gives to developers for testing their apps on real devices, rather than enterprise certificates which can be easily cracked down on by Apple. The tool basically tricks the device into thinking it’s installing apps made by yourself. This way, Apple simply can’t shut down AltStore unless they change something deeper on iOS system with a future update.

Since these apps should theoretically be installed from Xcode, AltStore simulates that process with a companion app made for Mac and Windows. Users can explore and install apps directly from iPhone and iPad, but it requires the desktop version running in background on the same network to work.

We have tested AltStore and it works as promised, but there’s only one app available at the time — Delta NES emulator — so keep that in mind. If you want to try it, proceed on your own risk.

How to use AltStore

First, you have to download and install AltServer on your computer. Just open the app, connect your iPhone or iPad to your computer with an USB cable and select it from the “Install AltStore” menu. 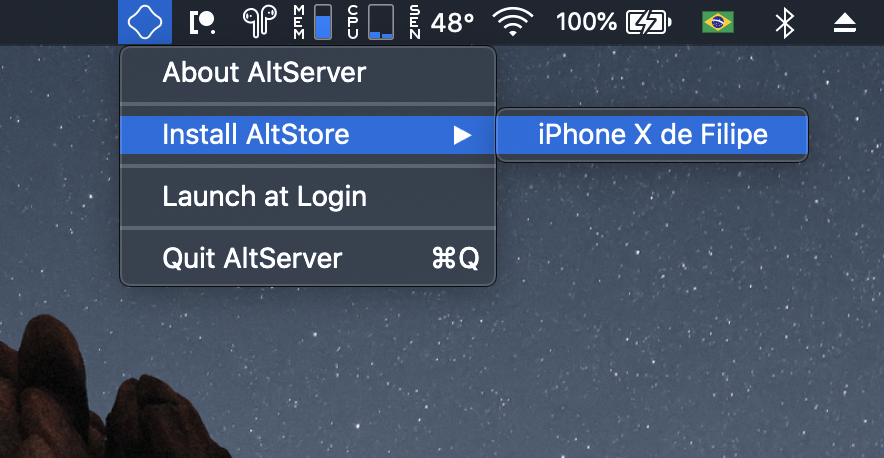 The app will ask your Apple ID credentials so it can create a free Apple Developer Certificate. If you’re not sure about sharing your personal account, you can create an alternate Apple ID just for this. 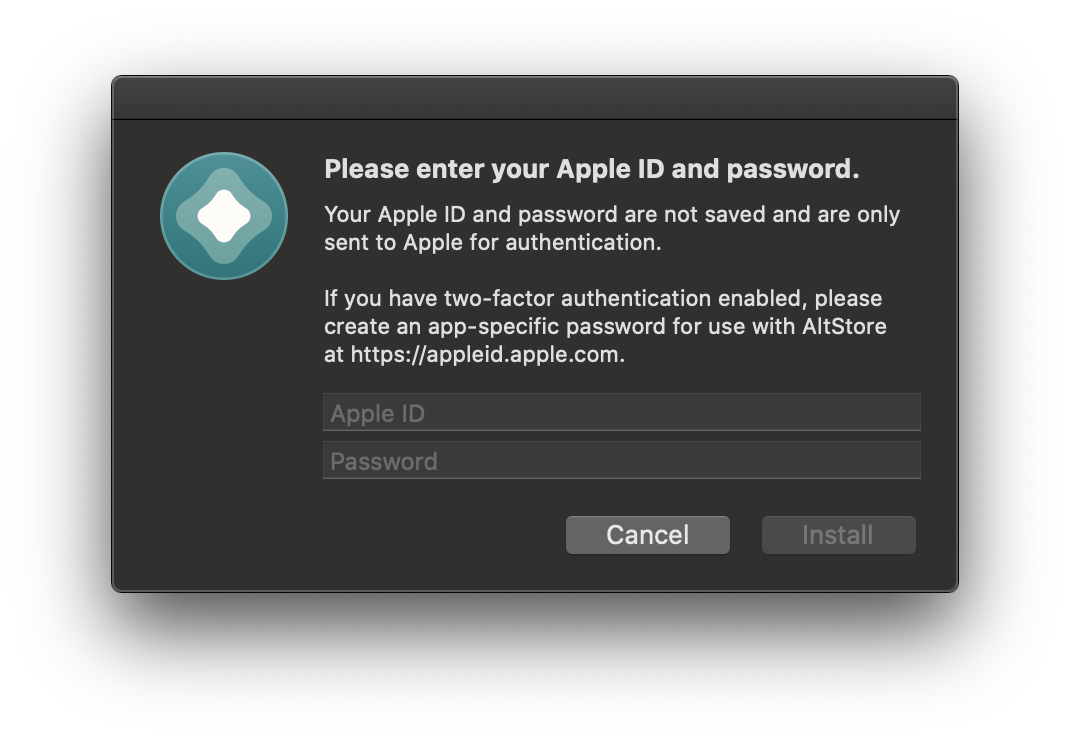 After that, the AltStore icon will show up on your iPhone or iPad Home screen. You might have to authorize it in Settings before opening it for the first time. 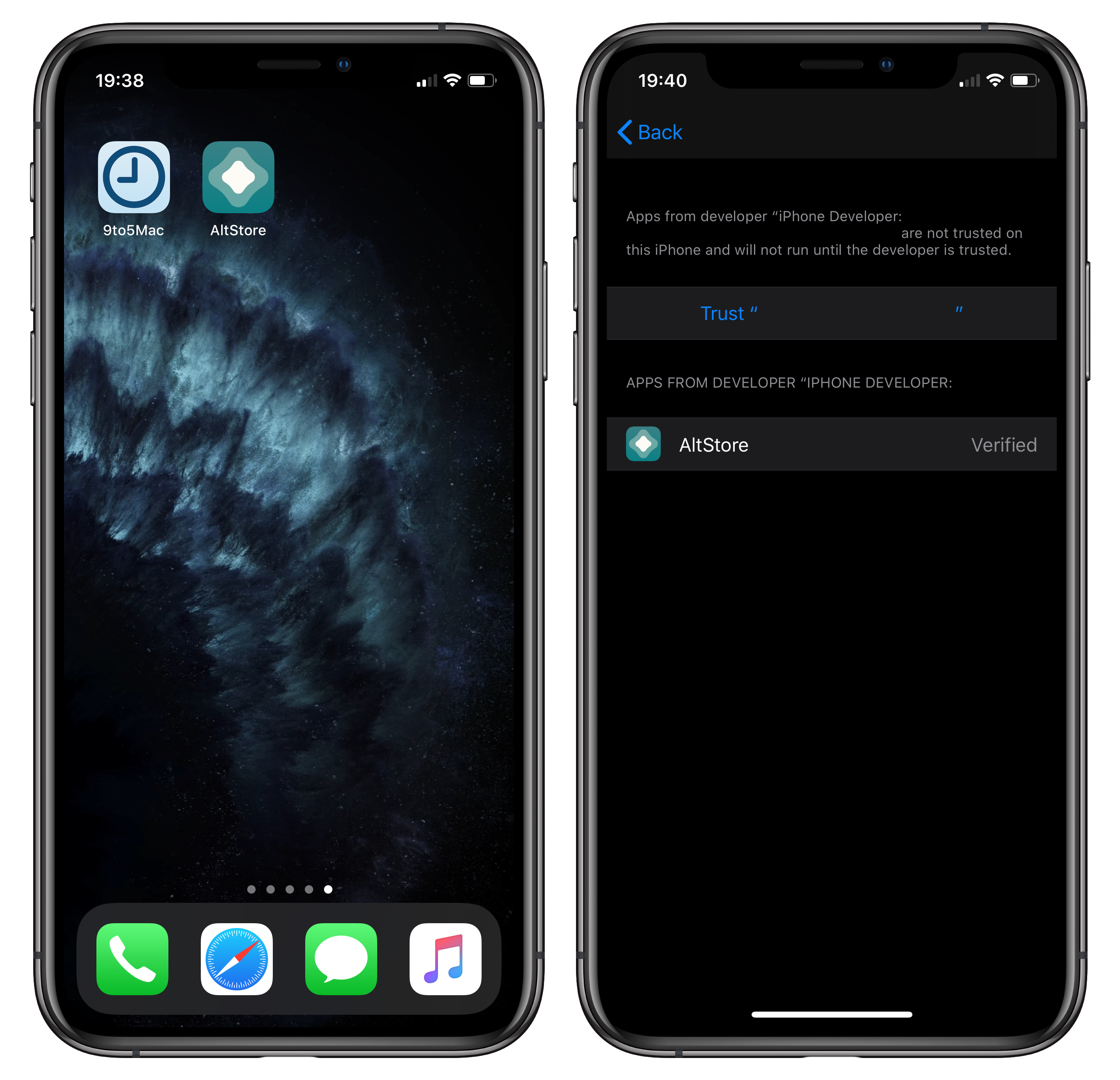 AltStore is very similar to Apple’s App Store. The first tab features new apps, Browse lets you explore the entire catalog and My Apps shows what you have installed on your device. 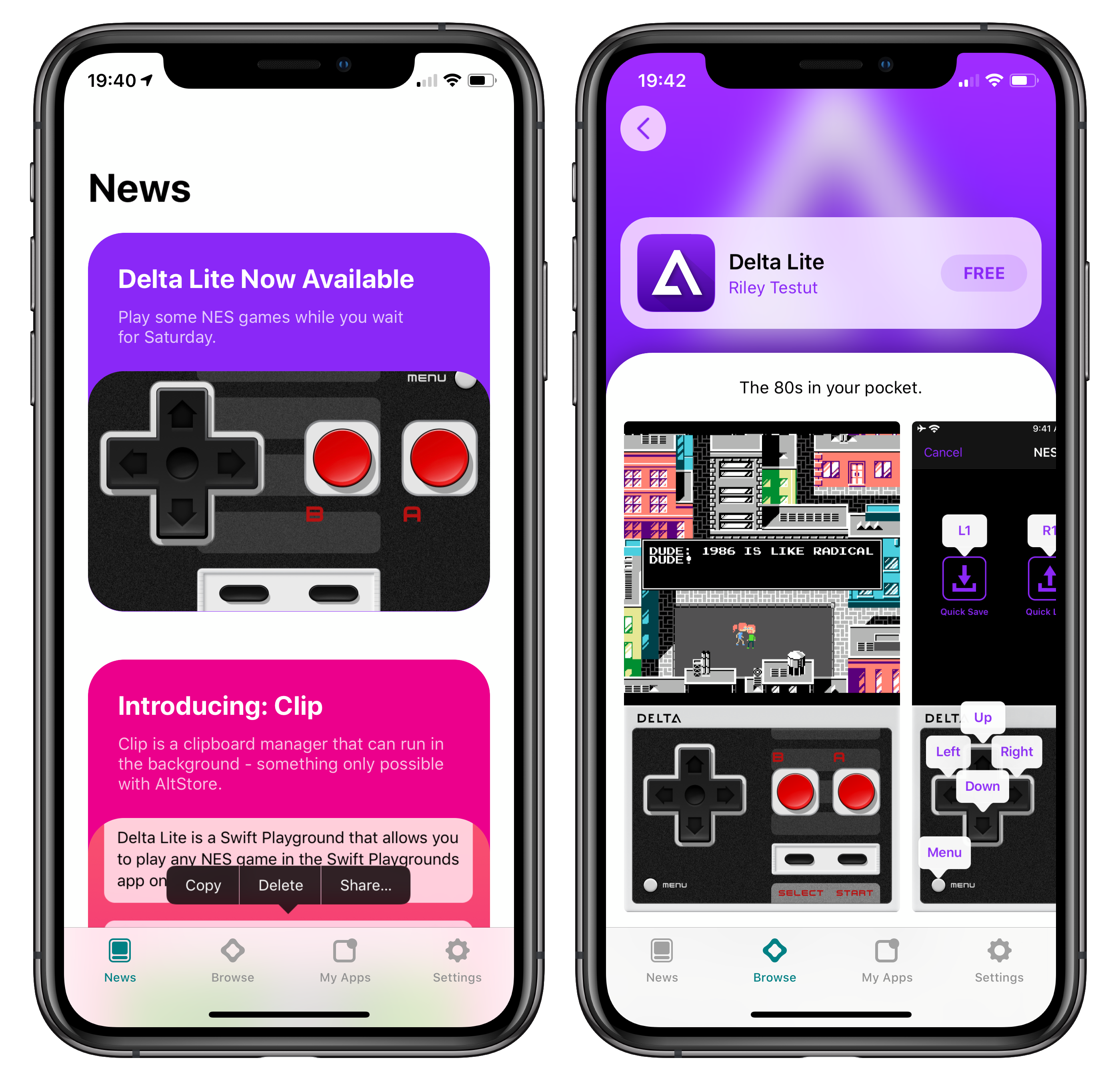 Before installing any apps, tap on the Settings tab and enter your Apple ID credentials — the same you have used before to set up AltServer on your computer. 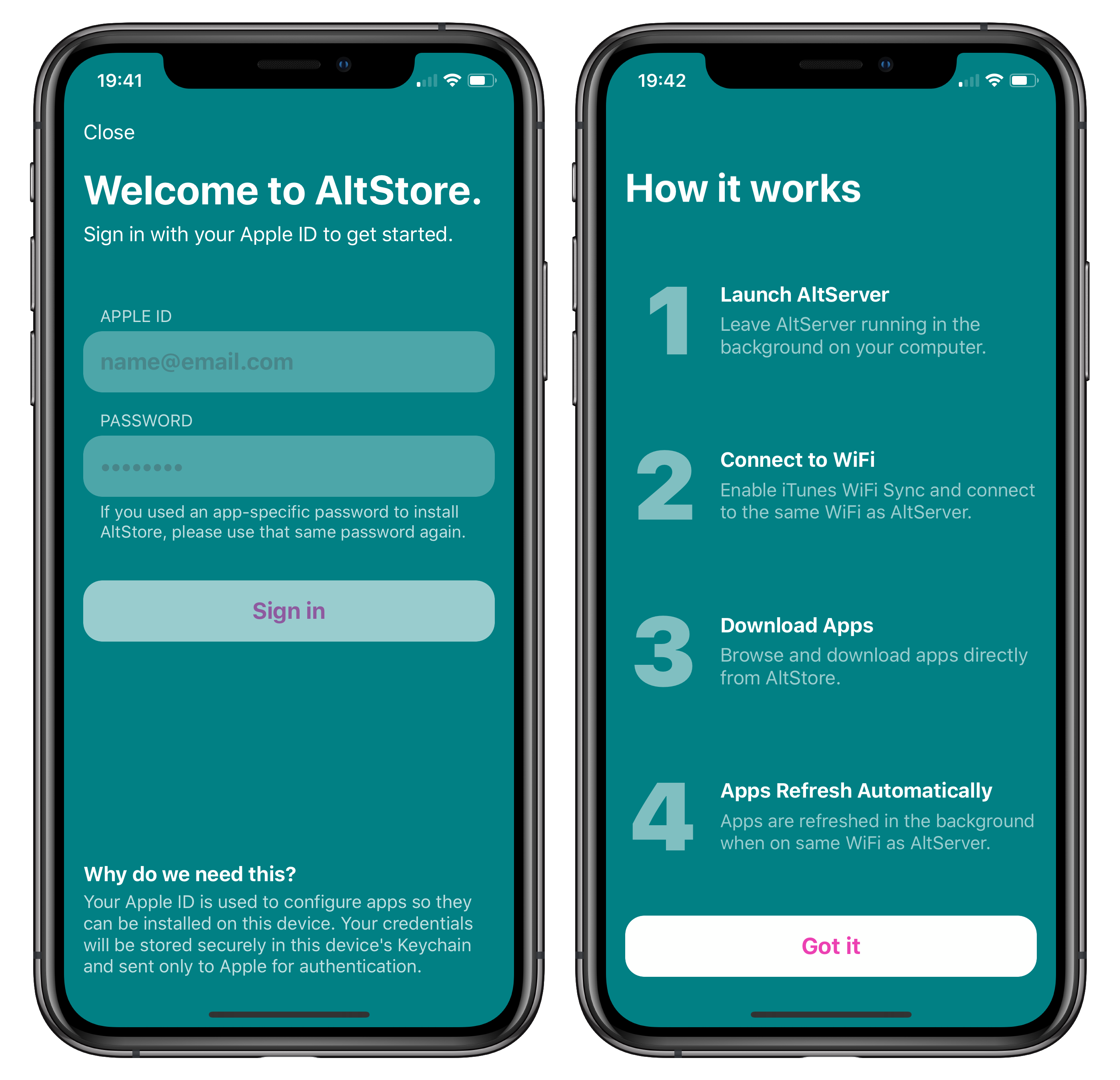 With everything set up, just choose the app you want and install it, just like on the App Store. You can access AltStore installed apps from the iOS Home screen. 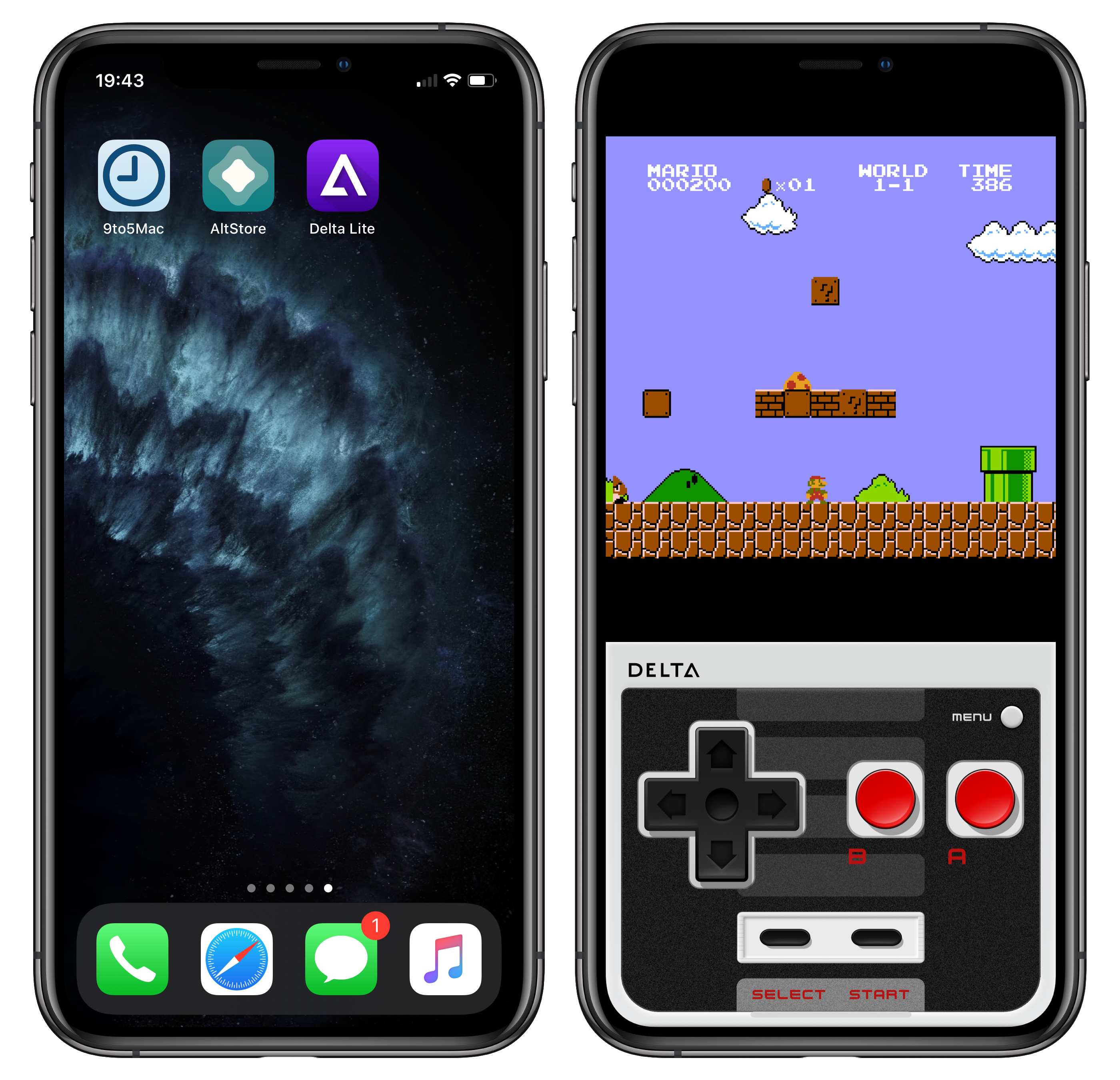 Testut said more apps will be available over AltStore after the official launch scheduled to September 28. He also notes that AltStore is an open source project, so other developers can take a look at everything on GitHub. More technical informations can be read here.