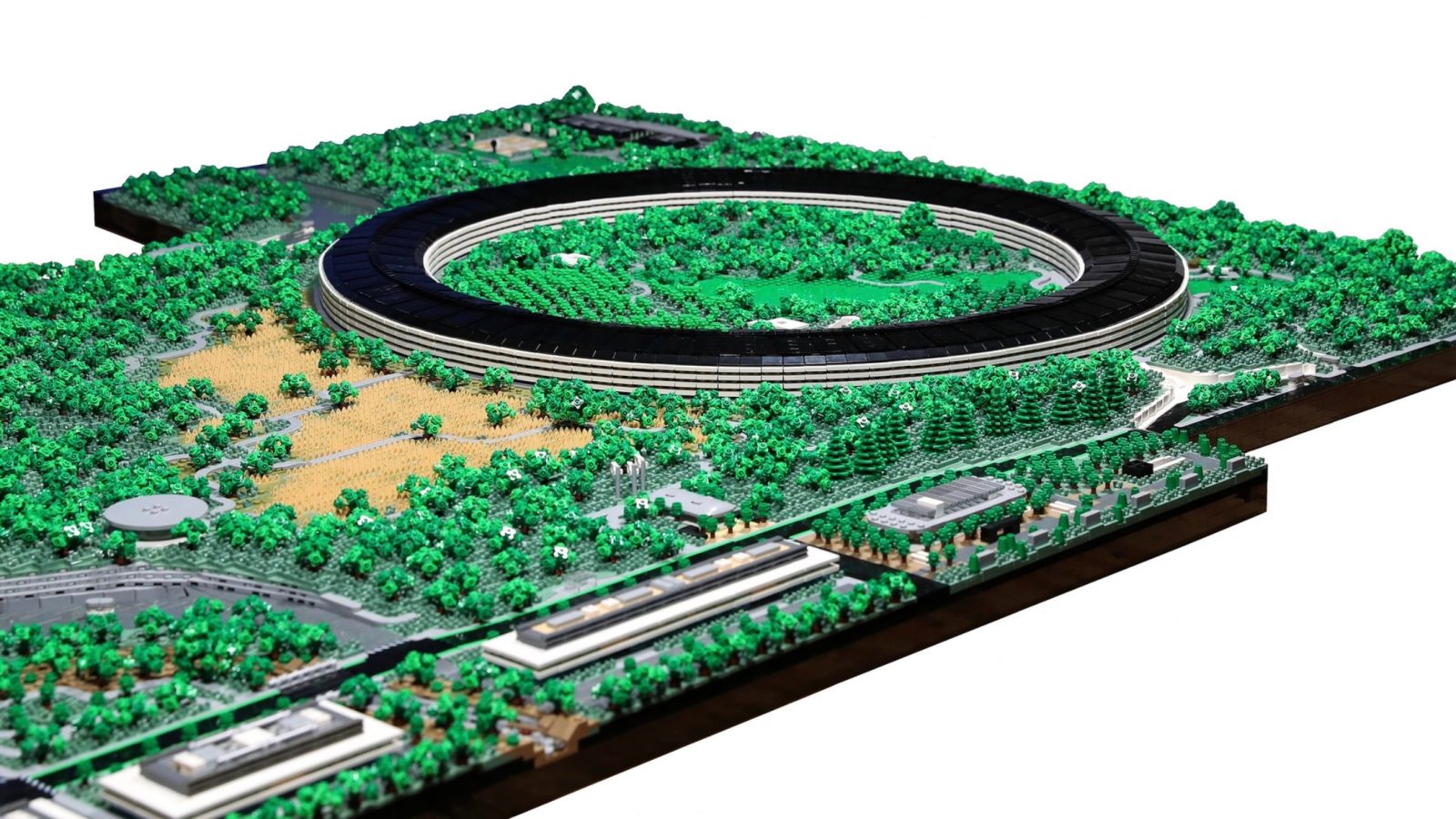 Apple Park has been inspiring and interesting in a wide variety of ways. From the architecture, sustainability, and cost, down to fine details like speaker design, and the chairs chosen for the campus, it is one of the most fascinating company headquarters in the world. After a two-year long project, a master LEGO craftsman has recreated Apple Park with around 85,000 pieces of the small brick blocks.

Shared on Flickr, Spencer_R said after seeing early drone footage of the Apple Park construction site, he felt he had found the right project to build a “horizontal skyscraper.”

In 2014 I came across some drone footage of an enormous circular excavation being dug into the California earth. When I discovered this was the start of the foundation for a new low-rise Apple “spaceship” campus, I knew I had found an interesting and suitable candidate.

We’ve seen some impressive custom LEGO builds on 9to5Toys over the years, but I’m not sure we’ve ever seen anything quite this impressive. With a scale of 1:650, the impressive LEGO Apple Park took Spencer over two years to complete, finishing the project last month. It features around 85,000 pieces with 1,647 trees and weighs a hefty 77.5 pounds. It has an area of 19 sq. ft. that includes 28,500 square studs.

The level of detail is just amazing here, Spencer includes everything from the Steve Jobs Theater with its circular glass walls, the solar panels found across the campus buildings, the tunnels, and even the historic Glendenning Barn that Apple preserved.

Enjoy the the images below from Fabrizio Costantini, and be sure to check out the full Flickr album of Spencer’s project.