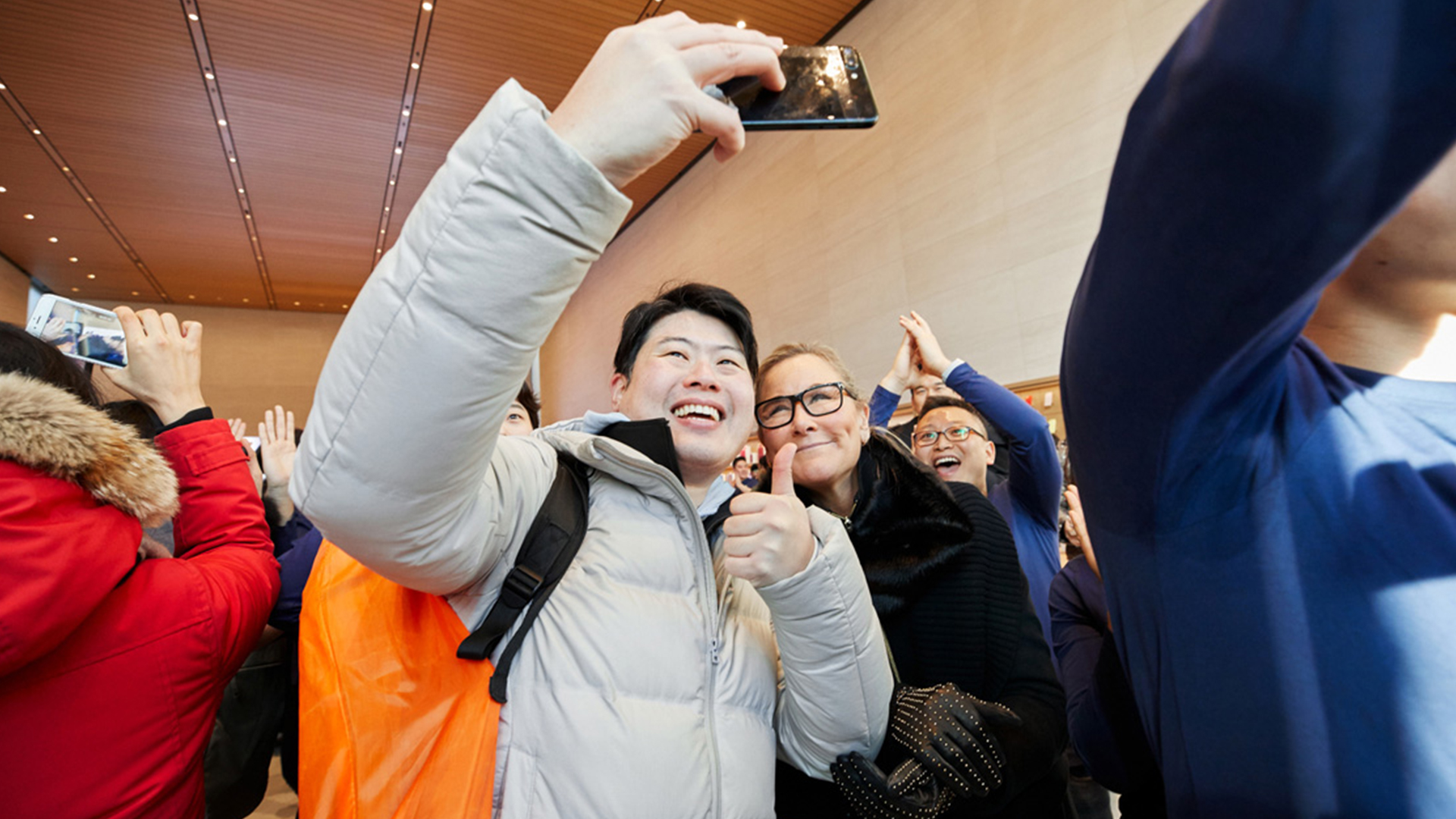 In a new interview with Bloomberg, Apple’s former SVP of Retail Angela Ahrendts reflected on her time leading the company’s physical and digital stores and noted the success of Apple’s retail strategy over the past five years. For the first time since leaving Apple, Ahrendts directly responded to criticisms over store organization and customer experience.

“We had a five-year plan, we executed to that five-year plan, and there’s a tremendous amount in the pipeline,” Ahrendts noted, looking back on her tenure. Following a leadership transition earlier this year, critics speculated that Retail + People leader Deirdre O’Brien had taken over Ahrendts’ role due to dissatisfaction over Apple’s retail strategy. “When I left, retention rates were at an all-time high, up over 20 points in the five years,” Ahrendts added.

One of the major initiatives that began under the direction of Ahrendts is Today at Apple, the series of creative in-store sessions designed to highlight disciplines like photography, illustration, and coding. Ahrendts described how the project began. “We literally asked 60,000 employees around the world what they thought Apple should be doing more of in their communities. They helped inform the experience that today is Today at Apple.”

Further addressing questions of declining customer service in stores, Ahrendts sharply refuted the claims. “I don’t read any of it, and none of it is based on fact, it’s everyone trying to find stories,” she said. While Ahrendts is no longer involved in day-to-day retail operations at Apple, the strategy her teams put in place will continue to unfold for several more years as projects currently underway or in the planning stages are completed. “There’s flagships opening every quarter for the next three to four years. There was the new flagship strategy, there was the new store design that focused on those passions — specific things for photography, specific things for music, etc. Things that helped make your device even better for you if that was your passion. And the Today at Apple experience that helped you go deeper with those passions.”

Most recently, Angela Ahrendts joined Airbnb’s board, and Apple’s latest flagship store in Taiwan was revealed.

The full video interview on Bloomberg is filled with interesting tidbits and insights. Give it a watch here. Follow 9to5Mac’s retail guide for in-depth coverage of the latest Apple Store news.