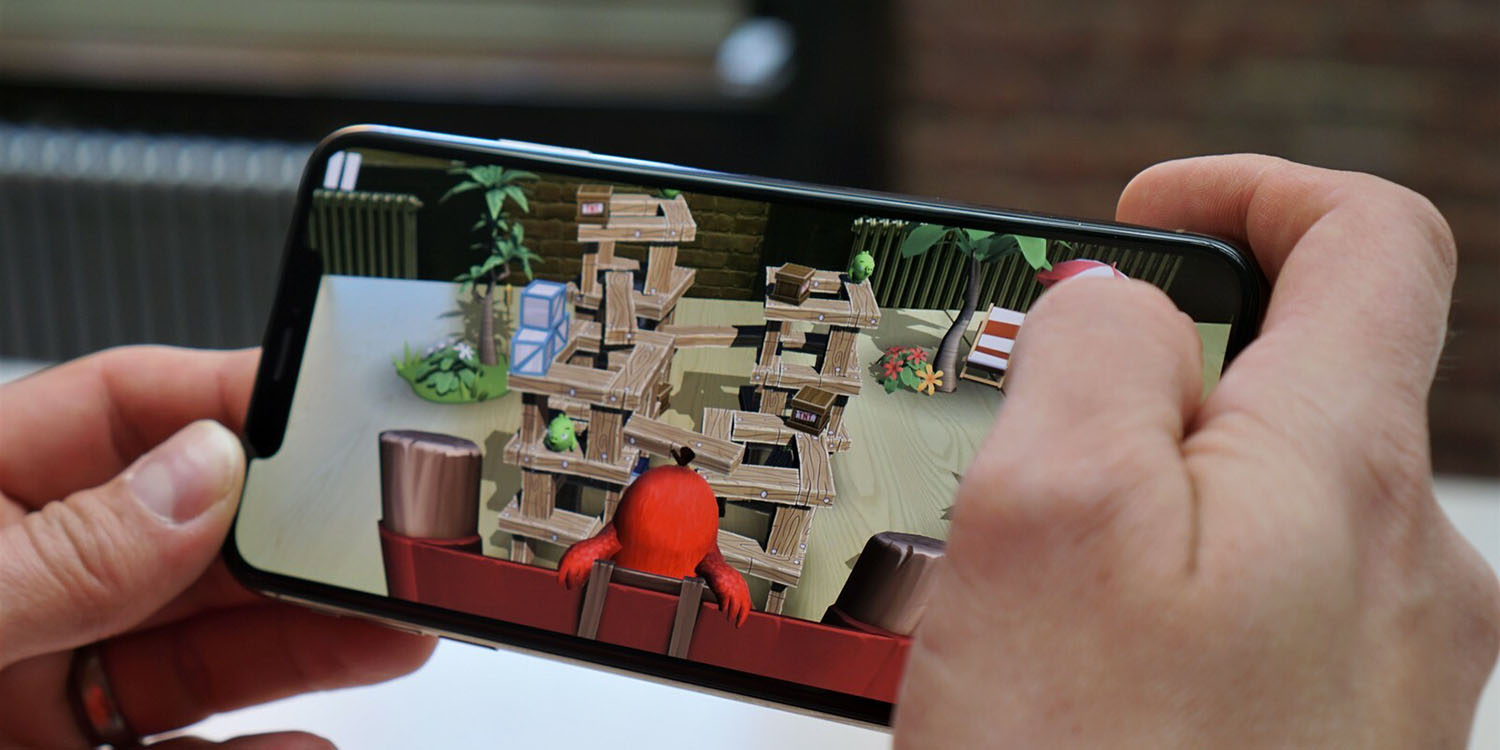 Angry Birds got a new lease of life when it came to the Magic Leap, Oculus Rift and Vive headsets. But Rovio is now bringing the augmented reality experience to mobile for the first time, initially exclusive to iPhone and iPad.

Angry Birds AR: Isle of Pigs will be a freemium app, free to download with in-app purchases.

Engadget’s Devindra Hardawar has been putting it to the test.

It uses Apple’s ARKit to construct virtual stages atop the real world, while you use your phone as a slingshot to topple them with irate birds […]

You have the freedom to walk around the stages (assuming there’s nothing obstructing you in the real world) to figure out your best angle of attack. Then you just pull back on your phone’s screen and let loose. (While you can play it in landscape mode, it works best in portrait for one-handed slinging.) The game also doesn’t prevent you from leaning in real close to make sure you hit the precise block you want (AKA the Duck Hunt cheat method) […]

It’s among the most polished AR offerings I’ve seen. The virtual levels are detailed and distinctive, and there’s a ton of personality throughout. It definitely rewards leaning in close. And based on the bit I’ve played, the slingshot mechanics are smooth and accurate.

You of course need a device which supports ARKit, which is an iPhone 6S or later; 5th-gen or later iPad; or any iPad Pro.