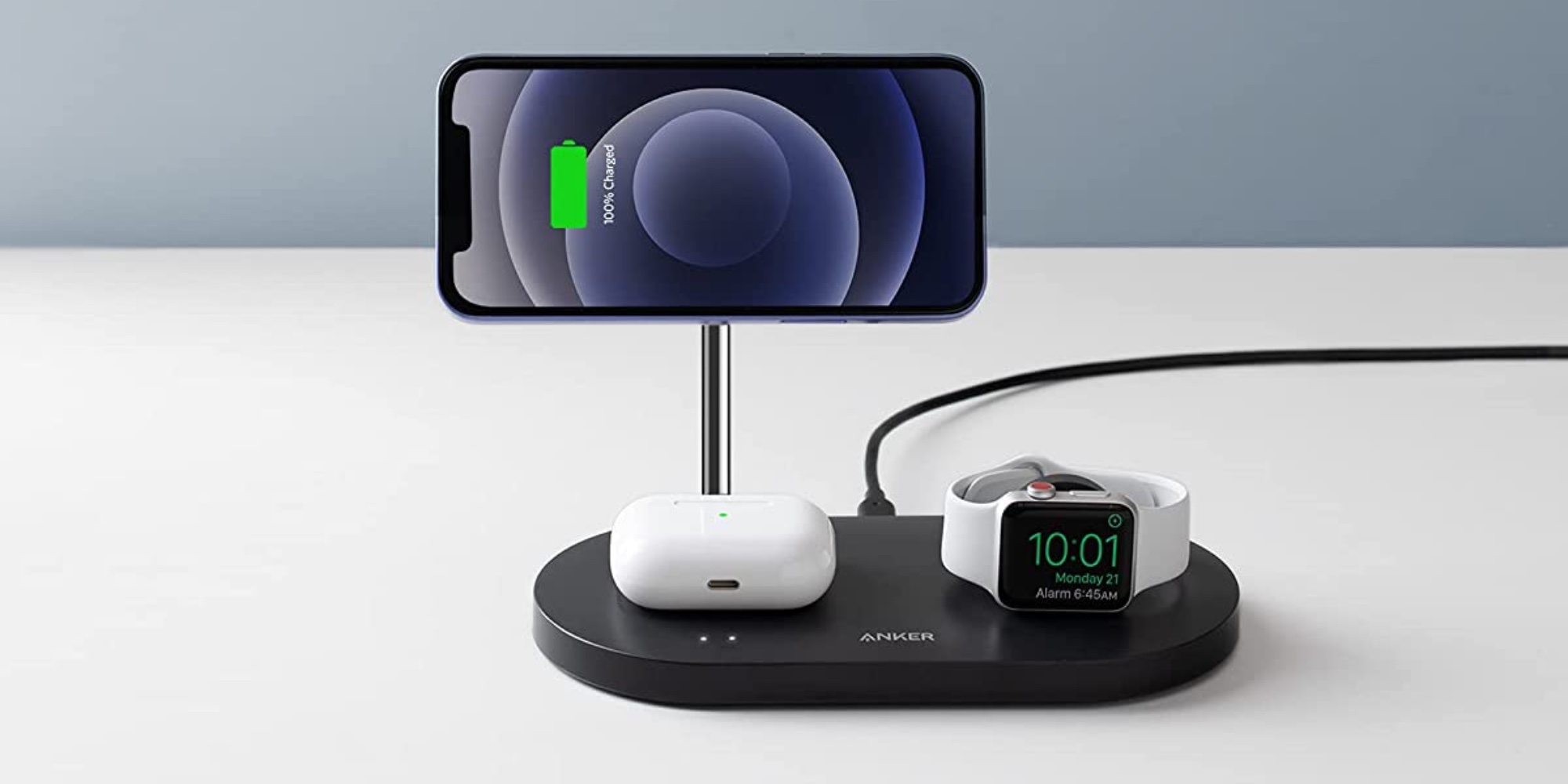 Today, Anker is expanding its stable of iPhone 13 accessories with a new version of its popular PowerWave Magnetic Stand. Delivering a refreshed 3-in-1 form factor, the new Anker 3-in-1 MagSafe Stand arrives with the ability to top off everything from your iPhone to AirPods and Apple Watch.

Leading up to the iPhone 13 launch earlier this fall, Anker has been focusing on growing its collection of compatible accessories. We previously took a hands-on look at one such new release, walking away with quite the favorite impression of the PowerWave 2-in-1 MagSafe stand. Bringing the ability to charge a third device into the mix, the new 3-in-1 version fittingly lives up to its name.

Arriving with an all-around similar design, the new Anker PowerWave 3-in-1 MagSafe Stand sports an elongated base that houses a slot to attach an Apple Watch charging puck. You will have to supply an existing one of Apple’s official chargers in order to top off a wearable with the accessory, though integrated cable management and a USB-A port keeps your setup clutter-free.

Otherwise, there’s much of the same form factor that’s as ideal for the desk as it is for the nightstand. There’s the main charger that rests on top of a metal arm with adjustable mount and the 5W Qi pad that sits below it. While this one certainly isn’t as sleek as the much pricier Belkin alternative, it delivers much of the same features in a much more affordable package.

Of course, one of the main drawbacks still is the reliance on a 7.5W output for the main magnetic charger. It’s something that we’ve just come to expect from third-party offerings at this point, and is a curse that Anker has yet to break.

Now available for purchase, the Anker 3-in-1 MagSafe Charging Stand enters with a $59.99 price tag. At Amazon, you’ll also be getting a bundled 20W USB-C PD charger with the package to give you everything needed out of the box. It is only available in a black colorway as of now, but a white offering is slated to debut in the near future, too.

As happy as I have been with the existing Anker MagSafe charging stand, the new 3-in-1 model looks to take all of the perks up a notch with an even more versatile design. Sure, it isn’t the most luxurious offering on the market, but the balance between specs and price are going to be hard to beat for many – especially if you’re looking to refuel an iPhone 13, AirPods, and Apple Watch all at once.