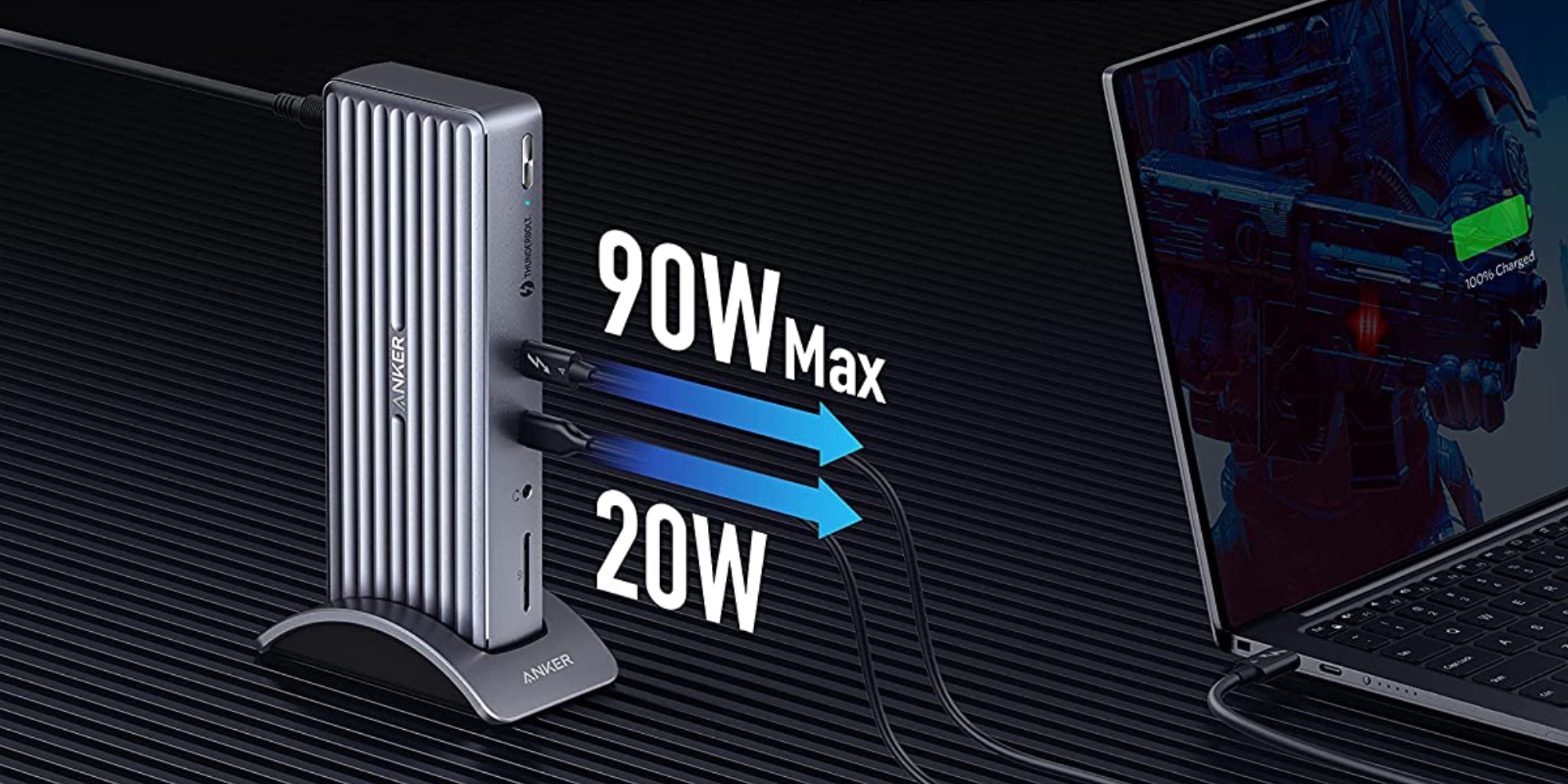 After seeing its first Thunderbolt 4 dock earlier in the year, Anker is back today to deliver its latest offering in the space. Arriving as one of its most capable models yet, the new Anker Apex Thunderbolt 4 Dock comes decked out with 12 ports ranging from a 90W power passthrough slot to dual 4K 60Hz HDMI outputs, legacy ports, and more. Head below for all of the details.

Having been teased earlier in the year, we’re finally getting our first in-depth look at the new Anker Apex Thunderbolt 4 Dock. Back in May, the brand debuted a new expansion to its work-from-home lineup, headlined by its first USB-C webcam. That showcase brought with it the first glimpse at the new Thunderbolt offering, but now, all of the actual details have been released.

Entering with much of the same design cues as found on the Thunderbolt Dock Mini that launched towards the beginning of 2021, the new Anker Apex model lives up to its name with an impressive selection of 12 ports. Headlining in the I/O department is the 90W Thunderbolt 4 port, which can dish out enough power to fuel all of Apple’s M1 MacBooks alongside plenty of devices on the Windows side of things, too.

There’s plenty of ports otherwise, including a pair of 4K HDMI ports, which combine with an additional Thunderbolt 4 port to run upwards of three monitors at a time. It can handle a single 8K display at 30Hz while dropping down to 4K yields 120Hz refresh rates. Then for other combinations of additional monitors, you’re looking at 4K 60Hz across the board. Though you’ll have to be rocking an Intel machine to take advantage of more than one display output, as that’s still a limit on Apple Silicon devices.

In terms of additional ports, you’re looking at three USB-C slots alongside four USB-A inputs, Gigabit Ethernet, and an audio interface. Those who routinely access content from SD cards will be happy to find a slot right on the front.

Bring 12 ports to your workstation

The all-new Anker Apex Thunderbolt 4 Dock is now available for purchase at Amazon. It enters with a $299.99 price tag, putting it on the higher-end of docking stations. Though, that compares to the $200 going rate of the miniature PowerExpand model. Shipping isn’t slated to begin until July 1.

Earlier this year, I took a hands-on look at Anker’s first Thunderbolt 4 dock and found it to be a compelling option that delivered a flexible and future-proof design. If there had to be a drawback, it would have been the more limited scope of its I/O selection. But that’s exactly what the latest from Anker looks to solve, as its Apex Thunderbolt 4 dock doesn’t skimp out on connectivity.

Pricing is certainly a bit steep, but there aren’t too many Thunderbolt 4 hubs on the market period, let alone models that can match its ports and overall capabilities. So until we can get a hands-on look and potentially confirm otherwise, this looks to be one of the most capable offerings out there for M1 MacBook owners.