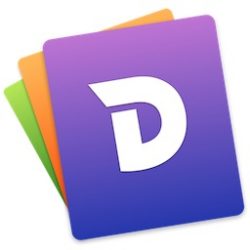 Kapeli’s Apple developer account was terminated in the controversy, and with no way to sell the app on the App Store, the Dash code was subsequently made open source.

However, according to a Wednesday blog post on Kapeli’s website, open sourcing Dash for iOS led to some people submitting it to the App Store in violation of its GNU GPL License:

Quite a few “developers” have even added it to the App Store themselves, violating the GNU GPL license in the process. Apple has been very responsive in removing these apps, but the developers kept adding it back in different shapes and forms and I got tired to fill the same copyright claim forms over and over.

In an effort to stem the tide of copycat apps appearing in the App Store, Dash developer Bogdan Popescu decided to create a personal developer account with Apple and submit Dash for iOS to the App Store.

I’ve made a personal developer account which Apple accepted and the review for Dash for iOS went through without any issues. I hope this will somewhat stave off the pirated copies of Dash from appearing on the App Store. We’ll see.

Dash was approved and is now available as a free download. [Direct Link] The macOS version of Dash continues to be sold exclusively on the developer’s website.