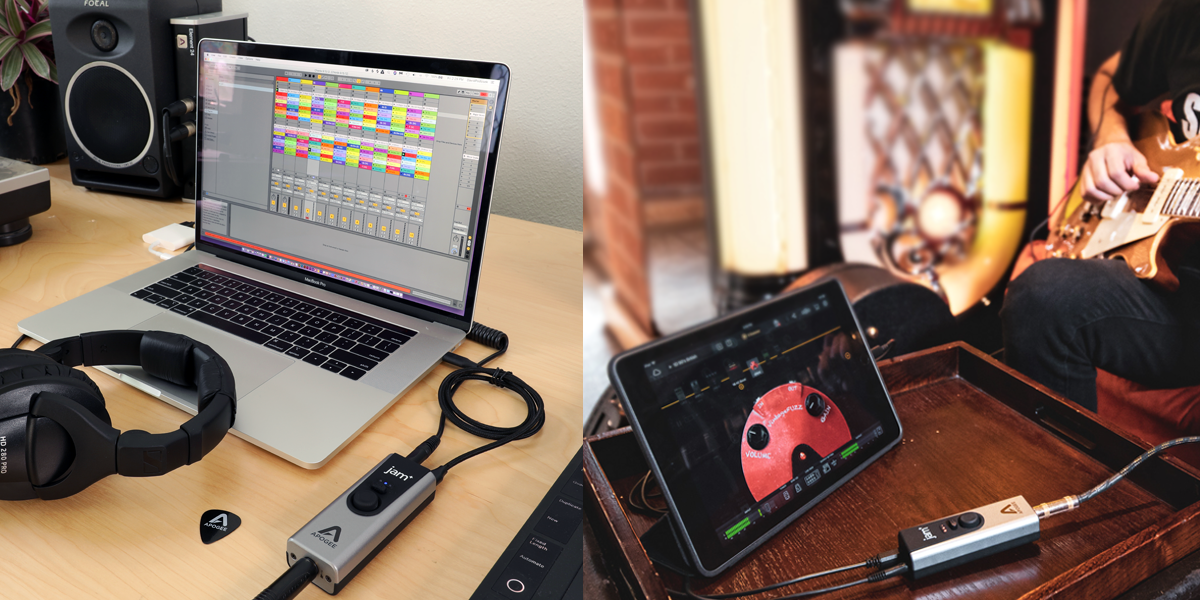 Apogee Jam+ is the latest USB interface from the world renown audio company. Designed as the company’s next generation mobile recording solution, it also provides professional quality inputs and outputs for your Mac/PC as well. The latest version comes with updated features and will be available starting today from the Apple Store and authorized Apogee dealers.


Since cutting its teeth in the mid 80’s on high-end anti-aliasing devices for professional recording environments, Apogee has become one of, if not the leader in digital audio interfaces for recording and the like. Close to 8-years before the release of today’s Apogee Jam+, the company debuted the original Jam in Apple Stores. According to Apogee, it was the “the first studio quality digital instrument input to connect guitars to GarageBand on iOS devices and Mac computers.” And now, the legacy continues with Jam+.

The new Apogee Jam+ features an all metal chassis with a “soft touch base” and three multi-color LED indicators. Apogee has once again opted for the small rectangular box here (its roughly about the length of your average iPhone), which is great for throwing in your gig bag or even the side pouch on your guitar case.

Its PureDIGITAL connection along with the company’s pedigree for creating world-class audio-to digital conversion is really what gives Apogee’s mobile solutions the edge. It supports 24-bit/96kHz high resolution audio and comes with a stereo output to connect your headphones or powered speakers. While it’s hard for us to say how things work on a PC, all of the Apogee digital gear we have tried out works right out of the box on your Mac/iOS device with zero setup. The Apogee Jam+ ships with Lightning, USB and USB Type-C cables

The Jam+, like most comparable interfaces, will work with guitar, bass, keyboards, synthesizers, or really any instrument with a pick-up (like a semi-acoustic guitar). Apogee is throwing in a nice collection of virtual amps and pedals (3 amps, 6 effects) from Positive Grid for guitar players, although you will likely catch me throwing just about anything through these digital amps.

One interesting feature here is the new Overdrive mode. This will essentially allow you to drive the input signal a little harder than usual similar to what is happening on a typical, traditional amp stack. This will allow Apogee Jam+ to drive the virtual amps and effects pedals in a more realistic manner.

The Apogee Jam+ is available for $159.99 today at Apple stores and Apogee dealers worldwide. However, it does appear as though it is live yet at Apple.

We are big fans of Apogee around here, whether its the expensive pro-level gear or the more budget-friendly mobile solutions. Its interfaces adorn many a desk around here and we were super impressed with the next generation Lightning & USB MiC+ for iOS/Mac after going hands-on early this year.