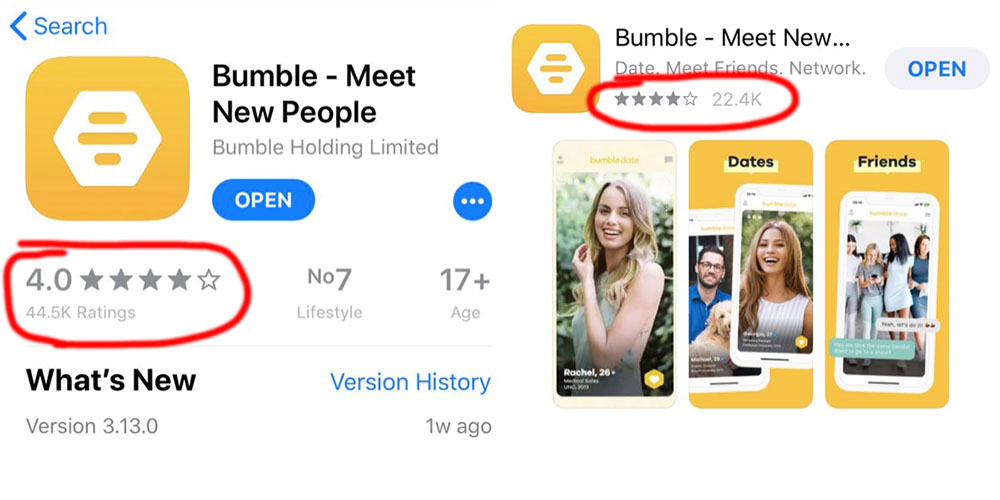 An apparent App Store glitch is resulting in reports of disappearing ratings and reviews. Some developers are reporting that around half their ratings have disappeared.

Different theories have been suggested, but a bug appears most likely …

Developers are reporting seeing a random drop in app ratings in what is believed to be a bug with the App Store Ratings & Reviews system, with some apps seeing a sharp decline in star-ratings, and others claiming to see missing written reviews and developer responses.

A handful of developers, such as freelance developer Mike Irving have taken to Twitter to share their confusion and theories on what may have caused the missing App Store data.

Irving wondered whether it was a glitch, purge of old ratings or a new algorithm.

But the glitch theory appears most likely, as some developers report that recent ratings have disappeared – for example, from an app just seven months old – while others say that they are still seeing the correct number on the actual app page, while only around half that number is shown in search.

The App Store has had its share of issues of late. Popular app Tumblr was last month rendered unavailable when child pornography was found to have been shared on the service, with the platform forced to remove all adult content to ensure it couldn’t happen again. The entire store suffered major downtime the next day. The US Supreme Court is considering an antitrust case against Apple relating to App Store sales. Rogue developers are still getting away with gaming the store in a variety of ways. And Apple had to remove more than 700 Chinese apps for improper updates, including some from large developers.