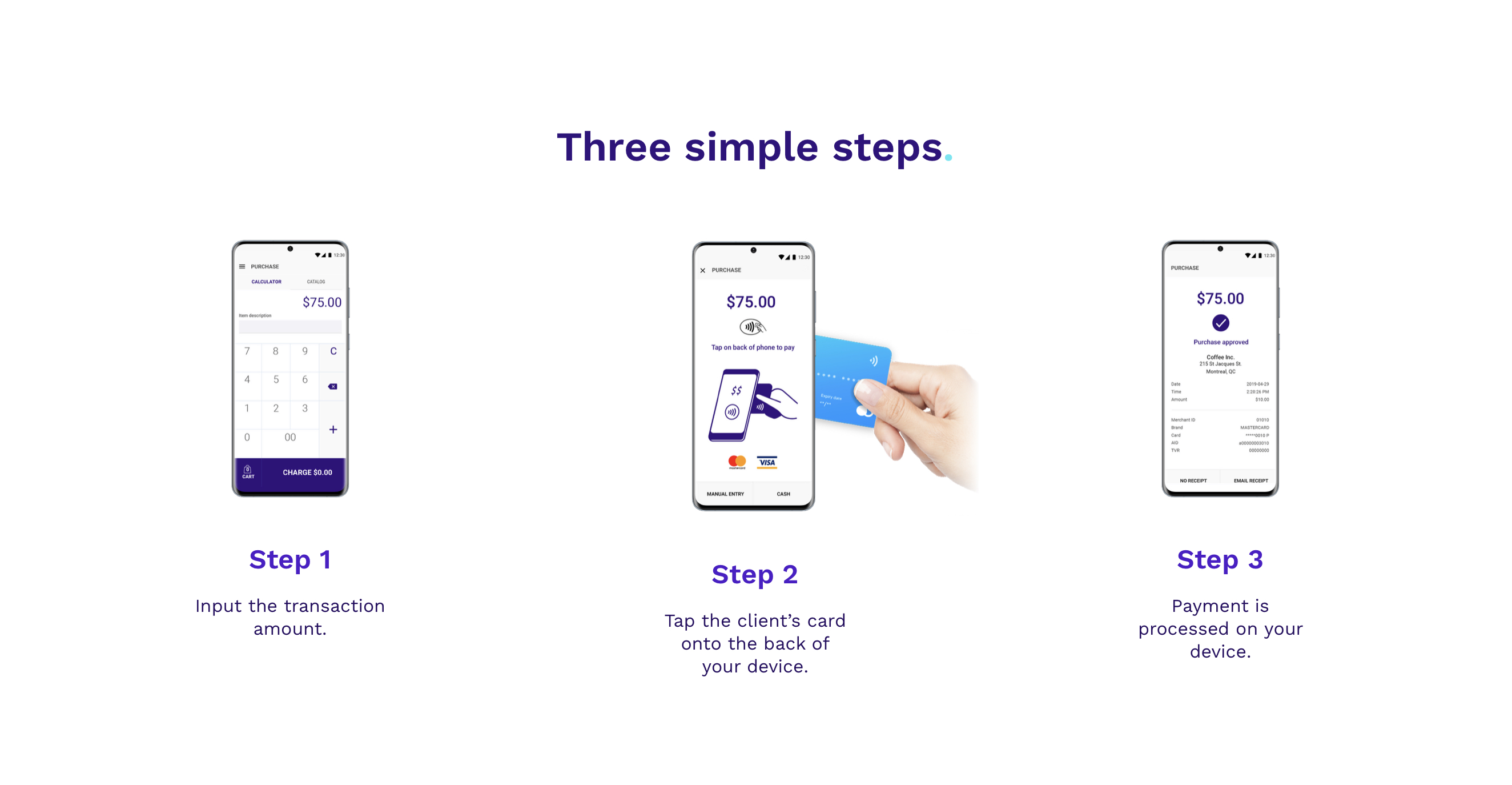 Apple has acquired a startup, Mobeewave Inc., that developed technology to turn iPhones into mobile payment terminals, according to a new report from Bloomberg. Citing people familiar with the matter, today’s report says the deal was worth around $100 million.

Apple confirmed the deal with its standard statement about its acquisition strategy. “Apple buys smaller technology companies from time to time and we generally do not discuss our purpose or plans,” an Apple spokesman told Bloomberg. The company did not confirm the reported $100 million acquisition price.

Mobeewave bills its technology as a way to seamlessly accept credit card payments “with a tap on your phone.” What this means is that a shopper could simply tap their credit card or smartphone on the back of smartphone to process a payment. The system works via an app from Mobeewave as well as NFC technology.

The demonstration on the Moobeewave website shows the process in three steps:

There are a variety of ways Apple could incorporate this technology into the iPhone or other products. This feature could be a way for Apple to expand its Apple Play platform and compete with Square’s point of sale platform. Furthermore, Apple Card debuted last year, and Mobeewave’s technology could integrate into that ecosystem, including the Apple Wallet app.

The news of the Mobeewave acquisition comes on the same as Apple CEO Tim Cook talked about Apple’s strategy for acquiring other companies. In an effort to differentiate Apple from other tech companies that might focus on acquiring potential competitors, Cook emphasized that Apple acquires a company to eventually implement its technology into the iPhone.

One of Apple’s most recent acquisitions was Dark Sky, a weather app that now serves as the basis of new features in the Weather app on iPhone in iOS 14. As 9to5Mac first reported, Apple this year also acquired NextVR, a virtual reality company focused on providing VR experiences for viewing live events.