Home General Apple again became the world’s most valuable company today, but only for...
13469
SHARES
ShareTweet 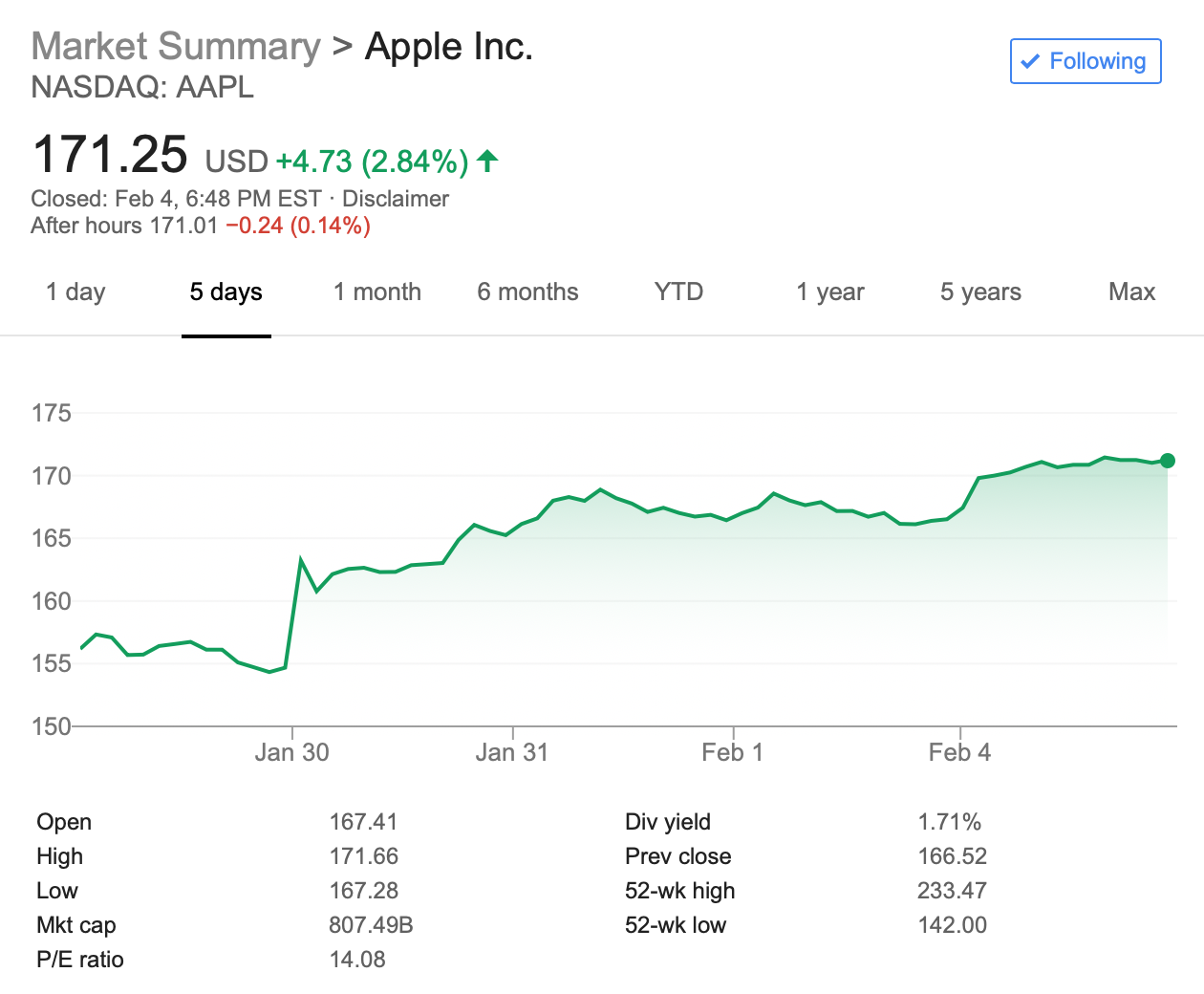 It didn’t last long, but Apple (AAPL) was again the most valuable publicly traded company in the US today, bringing its peak market cap to nearly $807 billion. The exact figure, $806.6 billion, was $1.2 billion higher than Amazon (AMZN) at the time and about $200 million higher than Microsoft (MSFT).

Ultimately, the stint didn’t last, as Microsoft again overtook Apple for the top spot moments later, closing the day with an $811.3 billion valuation.

AAPL has rallied well since its most recent earnings call and a rare guidance revision. While the stock plummeted to a low of about $145 per share following the earnings revision, it has strengthened and is now trading at over $171 per share.

Last week, Morgan Stanley predicted that Apple might once again reach a $1 trillion market cap if it successfully launches a “media bundle” in 2019.

Further, JP Morgan analyst Samik Chatterjee spoke out on Monday, arguing that Apple should consider an outright purchase of either Netflix, Sonos or Activision Blizzard. Following the note to investors, Sonos shares spiked to over $13 a share from around $10.

Are you optimistic AAPL can reach $1T again? Let us know in the comments section below!