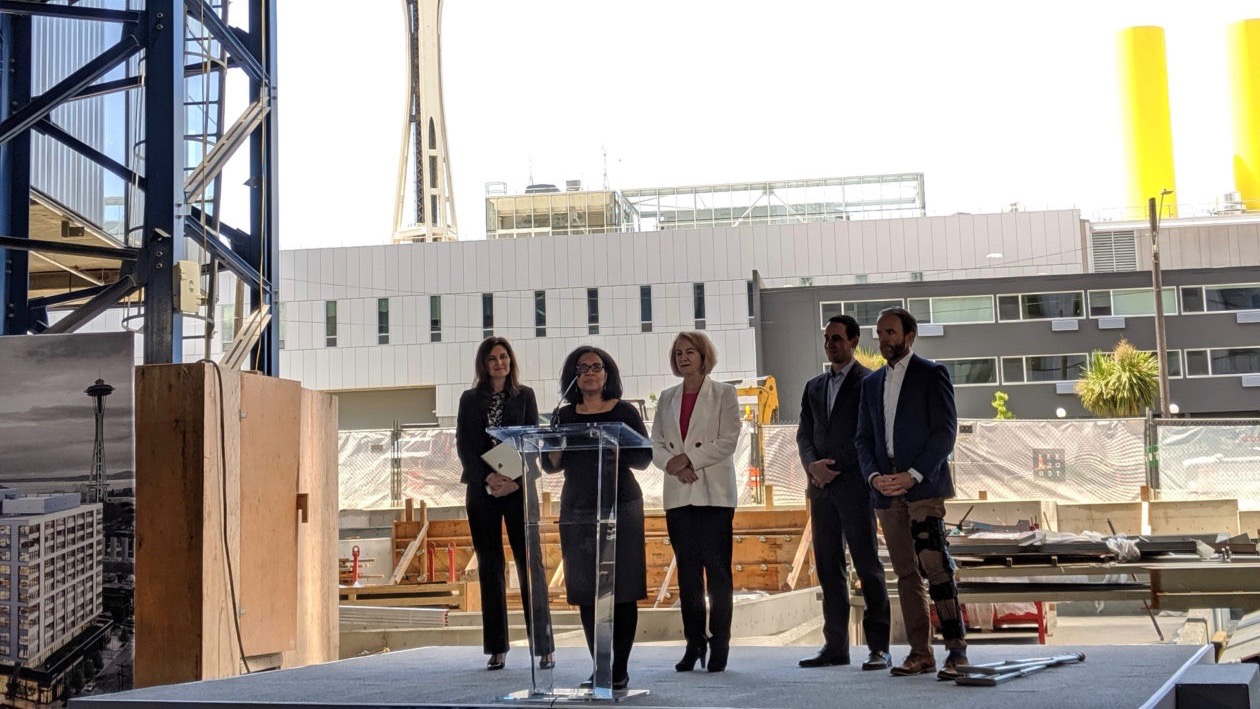 Apple today confirmed its rumored plans for expansion in Seattle. Apple’s Kristina Raspe and Seattle Mayor Jenny Durkan held a press event today announcing Apple’s expansion in Seattle that will see it grow to over 2,000 employees in the city with a new campus.


As detailed by GeekWire, Apple plans to hire its first 200 new employees in Seattle by the end of this year. From there, it plans to hit 2,000 over the next five years. Apple isn’t completely new to Seattle. It has housed teams working on iCloud and artificial intelligence in Seattle for several years and currently employees around 500 people in the city.

Today’s press event was held at 333 Dexter in Seattle, which is a new office complex under construction in the South Lake Union neighborhood of Seattle, and where Apple is rumored to be expanding. The space can house up to 4,500 workers and is 630,000 square-feet, spread across two 12-story towers.

Speaking at the press event, Mayor Durkan said that Apple’s commitment to expansion in Seattle shows that the city continues to grow and create new opportunities:

“We have room to grow and we are thriving,” Durkan said at a news conference at 333 Dexter, a large new South Lake Union office complex that is currently under construction. “Apple’s expansion in Seattle is another example of the growing opportunity that our region and our city shows.”

Despite today’s announcement, Apple is still quiet on details of its expansion in Seattle. Raspe said today that Apple plans to open its new Seattle campus by the end of the year. Apple says it will focus on both hardware and software jobs in Seattle.

You can read Mayor Durkan’s full statement on Apple’s expansion in Seattle below:

“These new jobs confirm what we already knew, we have the best talent and city anywhere. Apple’s expanded footprint in Seattle is another example of the growing opportunity that exists for residents of Seattle and the economic powerhouse our City has become. Yet we know that as Seattle continues to grow, we must act urgently to address the pressures that follow – from tackling affordability to new affordable housing to increasing transit.

“By next year, an estimated 70% of jobs in Washington State will require some sort of post-secondary credential. It is my top priority that our kids growing up in Seattle today are prepared to fill the great engineering and computer science jobs that Apple announced today. That’s why we created the Seattle Promise and the Opportunity Promise – so our youth are connected with resources and put on a path to the good paying jobs of Seattle’s future.”