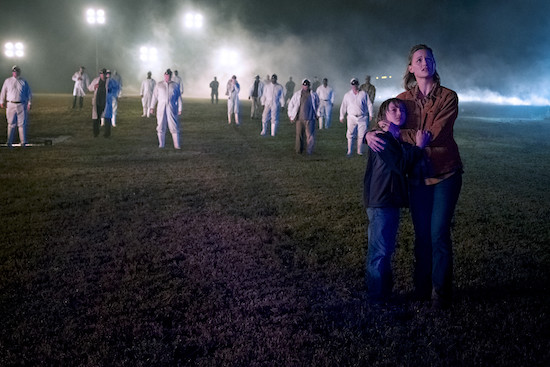 Following the news of Home Before Dark, Apple has also announced the release date for its first TV+ project with Steven Spielberg, the remake of Amazing Stories. Five episodes will be released on March 6.

Amazing Stories includes the final performance of Robert Forster, who passed away in October. Apple also today announced that its first British TV production, called ‘Trying’, will debut May 1 on its streaming service.

Spielberg is the producer of Amazing Stories. The anthology series is a reboot of a 1980’s franchise of the same name, also originally produced by Spielberg.

Apple opened the TV section of its March 2019 event with a talk from Spielberg about the show, which will debut almost exactly a year later. It’s not currently clear if there are more than the initial five episodes in the season.

There was some reporting last year that Amazing Stories was intended to be a launch show for Apple TV+ but missed the fall deadline due to some production delays.

An image from the Amazing Stories episode entitled ‘The Rift’

‘Trying’ represents the first of Apple’s British productions. The half-hour comedy show revolves around themes of love, relationships and growing up. It stars Imelda Staunton, Rafe Spall and Esther Smith.

The company also announced a release date for the previously announced Home docuseries; it will debut on April 17.