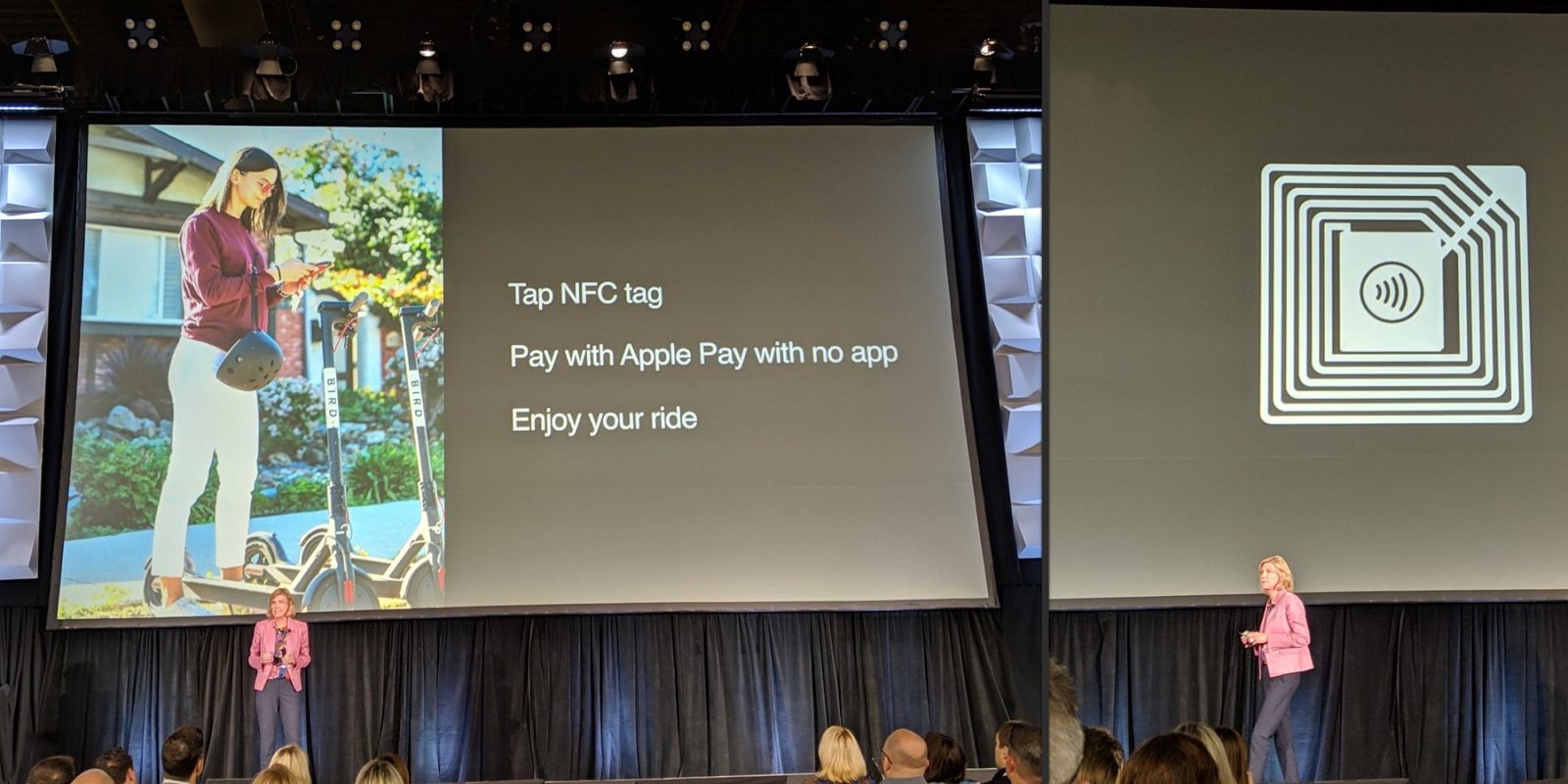 Apple also announced that inside the Wallet app, users will soon be able to sign up for loyalty cards in one tap, presumably presented to users as recommendations when they make eligible purchases.

The company announced the news at the TRANSACT conference in Las Vegas, an exhibition focused on mobile payment technologies.

Right now, physical Apple Pay transactions require bulky terminals like those you find at retail store checkouts. With the new support, an iPhone will know how to read a specially-encoded NFC tag (that can be as inert as a sticker) and automatically show the Apple Pay purchase interface when a user holds their device near it. No third-party apps or other set up required.

The obvious example is a user can ad-hoc top up their miles on a hired electric scooter simply by tapping their phone or watch to a NFC sticker on the bike. For Bonobos, it will enable simpler self-service shopping with the ability to place NFC tags directly onto clothing rails.

The new Apple Pay features will be rolling out later this year, presumably with more partners onboard now that the news is public. This is yet another step towards Apple’s goal of replacing the wallet.

Apple announced support for NFC stickers/tags that trigger Apple Pay for payment without having an app installed. Imagine tapping your phone on a scooter or a parking-meter and paying for it without signing up or downloading an app first. #ApplePay https://t.co/owgOsH3N7L pic.twitter.com/jpxUf7H6v6

Poll: Apple cuts HomePod pricing for employees, but what are you...

Pocket Rocket is a SpaceX launch tracker that puts spacecrafts in...

How to cancel free trials and Apple subscriptions iPhone, iPad

Review: iBeesoft iCleaner For Mac Is The Perfect Tool For Freeing...

This Wireless Charger Comes With A Wall Adapter In The Box...

Apple’s Smart Battery Case For iPhone XS Max Can Be Yours...