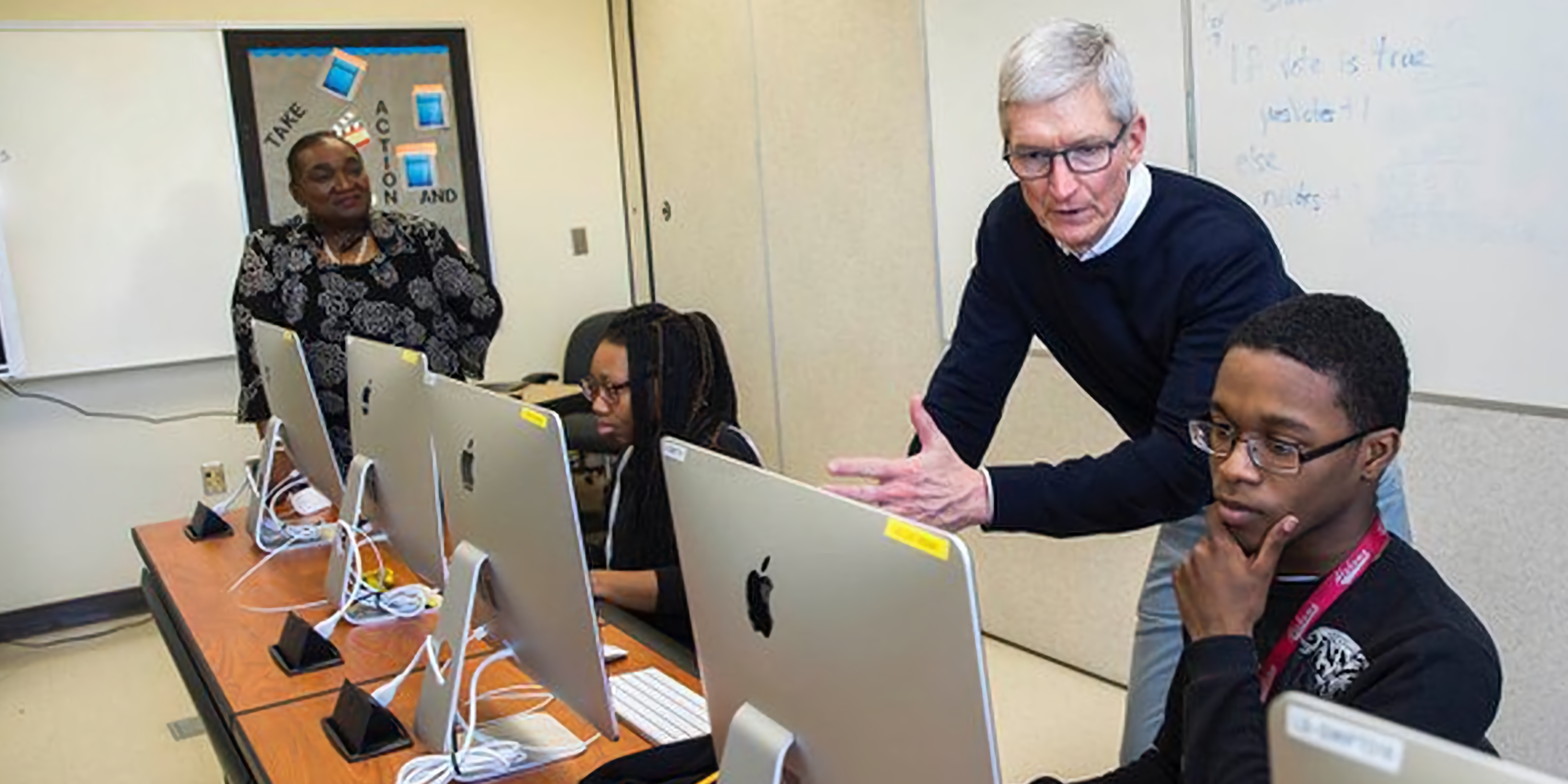 Tim Cook is scheduled to make an appearance in Birmingham, Alabama, tomorrow, according to local media reports. TechAlabama and the city’s mayor Randall Woodfin will hold a news conference with the Apple CEO.

While each party has been tight-lipped about exactly what will be announced in education tomorrow, we suspect Birmingham public schools may be adopting Apple’s Everyone Can Code curriculum.

TechAlabama is a group focused on increasing the “number of people in Alabama with an interest in STEM based careers and the skills to pursue those careers.” Mayor Randall Woodfin has history with working to adopt Apple’s student-friendly programming lessons in public education.

Birmingham Real-Time News reported in 2018 that Woodfin visited Chicago to explore a potential Apple partnership around the curriculum:

Mayor Randall Woodfin and others will visit with Apple employees, Chicago Public Schools, City Colleges of Chicago and others to learn more about Apple’s Everyone Can Code program, which expanded to Chicago’s nearly 500,000 students this spring.

Cook also spent time in the major Alabama city the same year to see the rollout of Everyone Can Code to summer camp classes at Lawson State Community College.

9to5Mac will have full coverage of the news out of the event tomorrow so stay tuned!