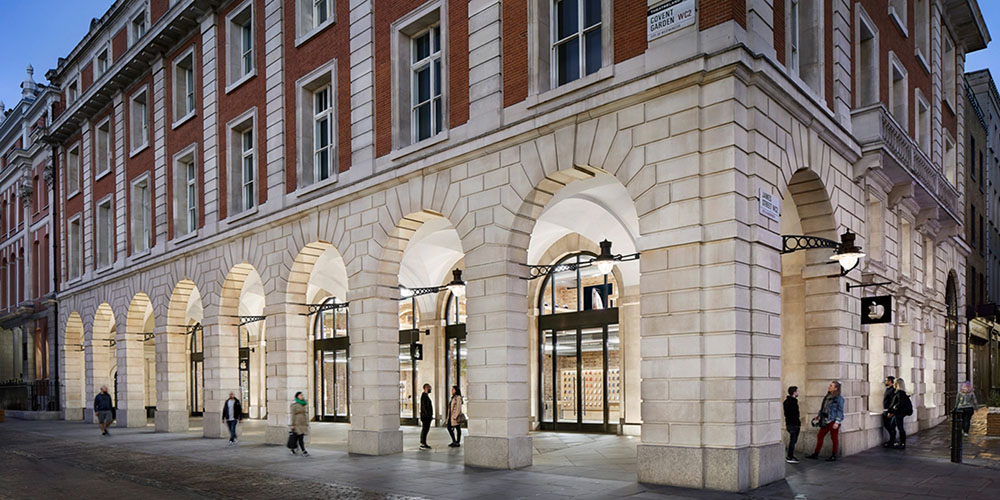 Apple is reportedly asking its retail store landlords in the UK to slash its rent by as much as 50%, according to a new report from The Sunday Times. If landlords agree to cut the rent and offer a “rent-free period,”, Apple is allegedly prepared to extend its leases by several years.

The report explains that Apple would like its rent to match what is being paid by other retailers amid the slowdown caused by the COVID-19 pandemic. In light of the COVID-19 shutdown and much lower foot traffic, many mall operators in the UK offered discounted rent to their tenants. Simply put, mall operators are looking to incentivize struggling tenants to stick to their lease despite the economic downturn.

Apple’s pitch, according to today’s report, is that if the landlords cut rent by as much as 50% and offer a “rent-free period,” Apple will extend its leases by several years. Landlords have a vested interest in keeping Apple has a tenant. Apple Stores regularly come in at the top in terms of retail profit-per-square-foot, and the foot traffic generated by Apple Stores is beneficial to the malls and other retailers.

The tech giant has told landlords of a portion of its 38-store estate in the UK that it wants rents slashed by up to 50% and a rent-free period. In return, it has offered to extend leases by a few years

Apple is seeking to bring its rents into line with other retailers, many of which are benefiting from cut-price deals as landlords struggle to keep their shopping centres occupied. The company’s proposals are understood to relate to stores with several years left to run on their leases, meaning that landlords are not yet obliged to make a decision. Apple declined to comment.

Ultimately, the report points out that landlords don’t have to make a decision just yet, since Apple still has several years left on many of its existing leasing throughout the UK.

For context, the UK mall operator Intu, which owns 17 shopping centers in the UK and two in Spain, recently filed for bankruptcy. Apple operates retail stores in several malls that are owned by Intu. Meanwhile, Apple just reported record earnings for Q3 2020, including revenue of $59.7 billion and profit of $11.25 billion.

Apple operates 38 retail stores in the United Kingdom in total, and all 38 of them have reopened following shutdowns caused by the COVID-19 pandemic. You can keep track of the Apple Store reopening (and re-closing) process in our guide.