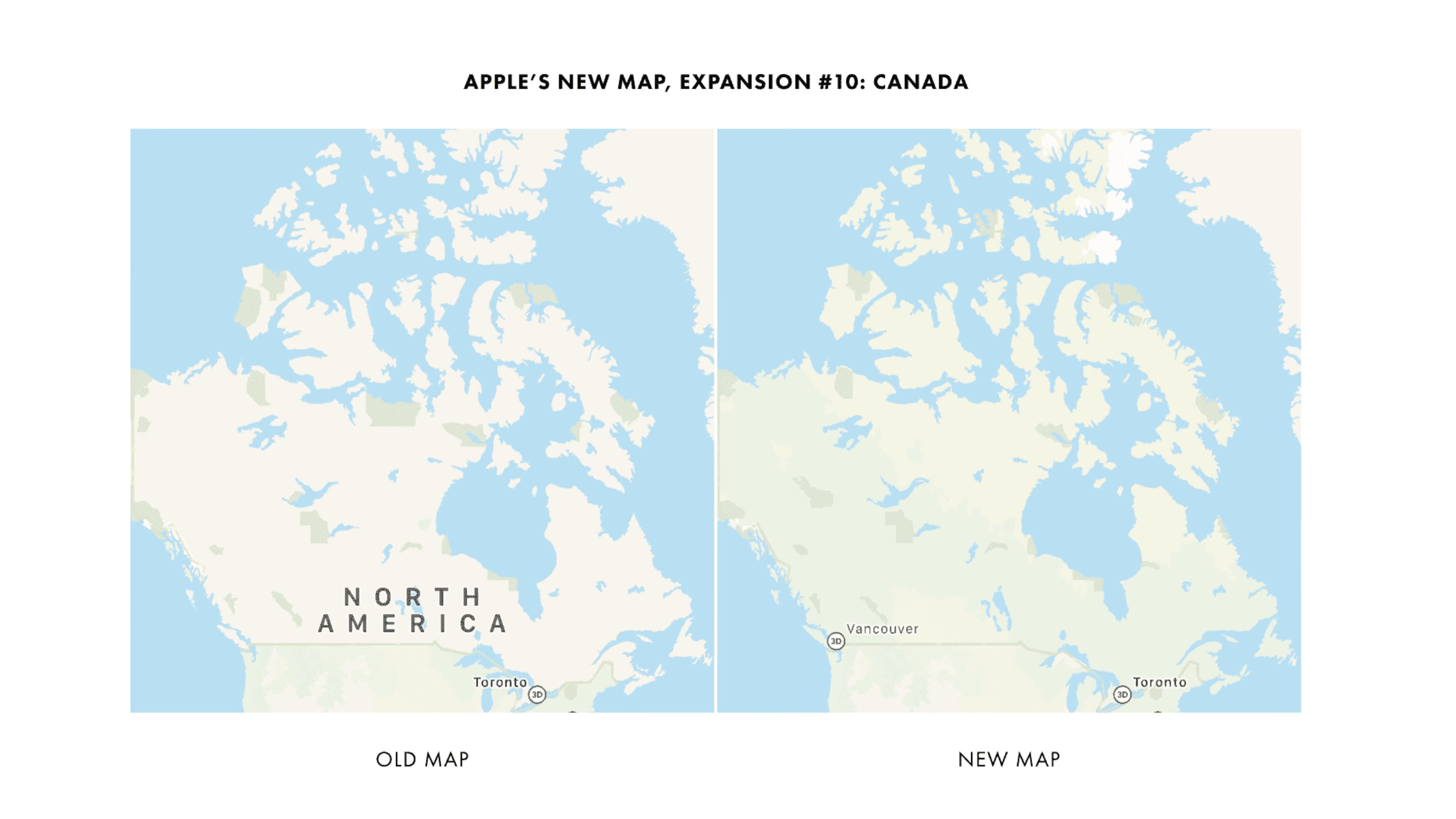 The slow and steady rollout of the all-new Apple Maps platform has been documented by Justin O’Beirne. Apple first started the rollout roughly one week ago, but since then, it has gained quite a bit of momentum. Data tracked by O’Beirne shows a sharp uptick in users with access to the new Apple Maps this week. Multiple 9to5Mac readers have also reached out to share that they have their devices updated with the new Apple Maps interface this week.

Once the new map is released for all Apple Maps users, Canada will be the fourth country to receive Apple’s new map. In the past, Apple has spent between 16 and 49 days publicly testing its earlier expansions—with the average test period lasting 37 days.

Given this, Expansion #10 is likely to be released for all Apple Maps users sometime in late November. (However, if Apple spends more than 42 days testing Expansion #10, the release will arrive in December.)

In January of this year, Apple officially completed the rollout of the rebuilt Apple Maps in the United States. Apple says that the new Apple Maps design gives users faster and more accurate navigation, improved detail, better road coverage, and more. At the time, Apple said that it had plans to bring the new Apple Maps to additional countries this year.

If you’re an Apple Maps user in Canada, let us know down in the comments if you see the redesigned map in your area.