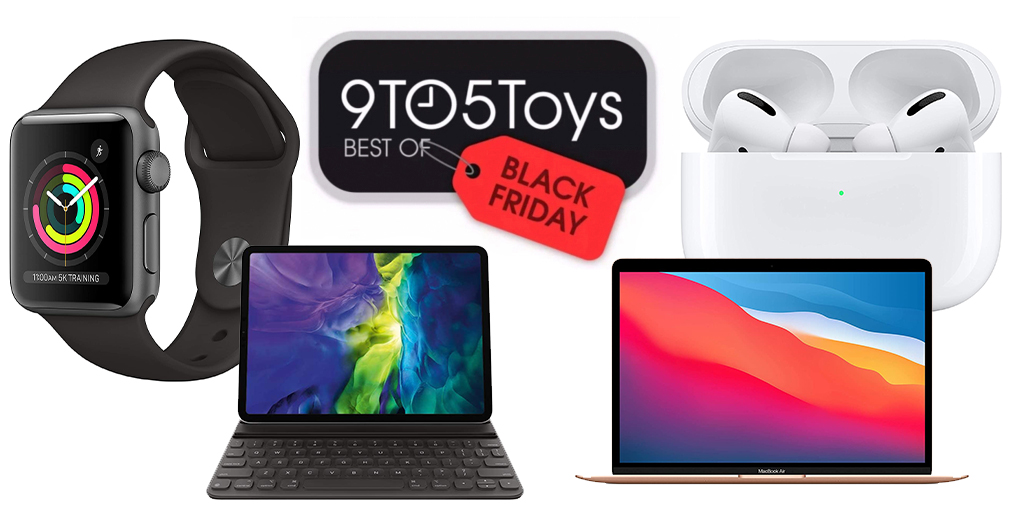 Black Friday is just over a week away but we’ve already learned through early ad leaks that this is shaping up to be a particularly notable shopping event. We’ve already highlighted some of the best deals coming down the pipeline from Amazon and Google, and now we’re turning our attention to Apple. With loads of new hardware announced this fall, it’s looking like the latest out of Cupertino will be taking center stage throughout Thanksgiving week. You’ll find our complete guide to the best Apple Black Friday deals down below for 2020.

Apple has introduced a number of new MacBooks, iPads, and iPhones this fall with multiple events across September, October, and November. Many of these products have just started to go on sale in recent weeks and we’re expecting to see the first notable discounts come Black Friday. This includes Apple’s new iPhone 12 lineup, along with deals on the M1 line of MacBooks, and the latest iPads.

MacBooks will be heavily discounted this Black Friday

So what about those new M1-enabled MacBooks? Well, we’ve already seen $50 off both the new MacBook Pro and Air. The question is, could we see that number jump to $100 off? It’s uncharted territory, as Apple has not typically released new hardware this close to November. My guess is that we’ll mostly see $50 off throughout the next two weeks until supply catches up with demand.

iPads are going to be a Black Friday hit again

We already know that iPads will be on sale at nearly every mainstream retailer. All of the latest models from Apple, including iPad Air, 10.2-inch iPad, and both sizes of iPad Pro will be notably discounted. In particular, look for Apple’s more entry-level models to be up to $100 off.

We expect 10.2-inch iPad to be a big hit again this year with more users reaching for the latest iPad Air instead of iPad Pro this time around. Apple’s 10.9-inch iPad Air is likely to hit $500 for the first time this year.

Apple Watch? Here we go again… AirPods on sale too!

The latest Apple Watches, both Series 6 and SE, have already been discounted by $50 in the lead-up to Black Friday. That deal is currently available now and will likely roll on through next week. But for avid deal hunters, you may recall that one of last year’s most-sought after Black Friday offers is coming back to life in 2020.

Apple Watch Series 3 will be on sale from $119 at Walmart, matching last year’s wildly popular deal that sold out almost instantly. So what do we expect this year? It’s going to be another hot ticket item but expect more stock to be available.

AirPods Pro are also going to be a popular item this year as Amazon and other retailers are expected to discount below $170. The baseline AirPods model is also likely to fall below $100 for just the second time, as well.

What Apple deals are you most excited about this Black Friday season? Sound off in the comments below.