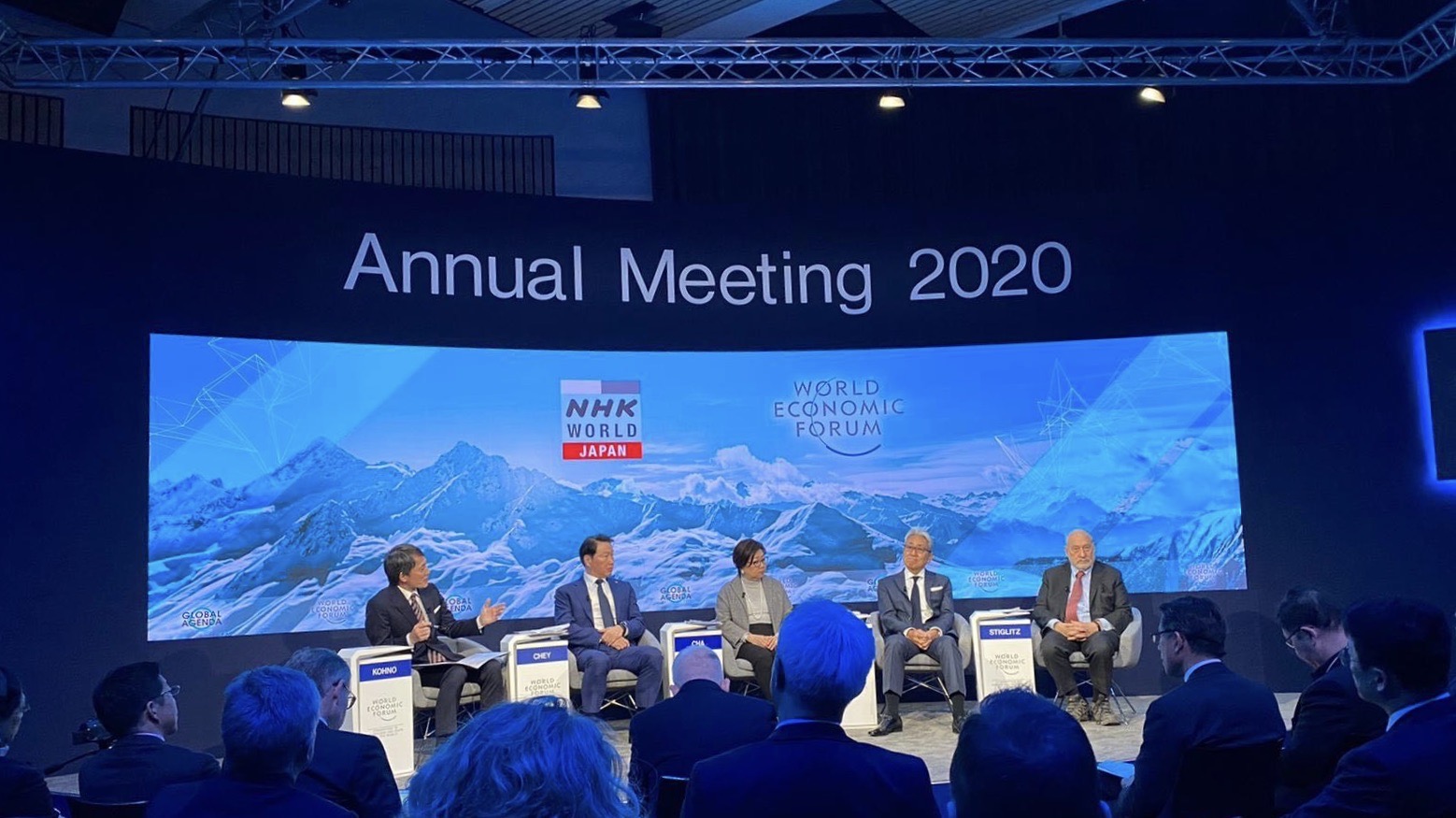 CEOs and political leaders in Davos are talking a lot about companies focusing on more than just profits by being responsible for their employees, their suppliers, and their communities.

One company that has come under some particularly harsh criticism for failing to live up to this ideal is Apple.

Famed US economist Joseph Stiglitz said Apple has failed to do the most basic job of a responsible company, which is to pay its fair share in tax by leaving much of its profits in Ireland.

“If you aren’t contributing by paying your fair share of taxes, you aren’t corporately responsible. Some companies get a lot of attention, like Apple. You have to ask: are they sincere?”

Yesterday, the CEO of Cisco, Chuck Robbins, said San Francisco is getting too expensive for teachers and firefighters, a problem when trying to recruit new talent. How can Cisco recruit the best people if there are no teachers to teach their children, he asked, adding companies need to do more to help communities, even if it’s not directly related to their business.

The first step to being a good corporate citizen, according to Stiglitz, is to pay tax, something Apple has been criticized for avoiding before, not just for its slippery Irish-EU tax scheme, but also for using Donald Trump’s tax holiday to avoid paying tens of billions of US taxes.

Tim Cook has publicly stated this week his stance on the need for global corporate tax reform.