Apple today has joined the chorus of companies taking a firmer stand against white nationalists and hate groups. According to a new report from BuzzFeed, Apple has disabled Apple Pay support on a handful for websites selling goods pertaining to such groups…

The report explains that Apple has dropped Apple Pay from websites selling items such as sweaters with Nazi logos, t-shirts emblazoned with “White Pride,” and a bumper sticker depicting a car crashing into a crowd of protestors.

Apple hasn’t provided an official comment on its decision, only confirming the move. Instead, the company pointed towards its existing Apple Pay guidelines which state that the payment platform can not be used on any site that “promotes hate, violence, or intolerance based on race, age, gender, gender identity, ethnicity, religion, or sexual orientation.”

Tim Cook addressed the recent string of white supremacy and racist violence on Twitter earlier this week, calling it a moral issue and encouraging people to stand against it:

“We’ve seen the terror of white supremacy & racist violence before,” Cook wrote. “It’s a moral issue – an affront to America. We must all stand against it.”

In a separate tweet, Cook condemned the violent scene in Charlottesville over the weekend, saying that violence and racism have no place in America:

Heartbreaking scenes in #Charlottesville. Violence and racism have no place in America.

PayPal has taken a similar stance against such sites, saying that it was working to block “sites that accept payments or raise funds to promote hate, violence and intolerance.” The payment platform has blocked a handful of such sites over the last six months.

The three sites from which Apple removed Apple Pay have not commented not the decision. The decision on Apple’s part is putting an increased focus on credit card companies to put their foot down, as BuzzFeed notes that Discover has done:

Discover said in a statement to BuzzFeed News, “In light of recent events, we are terminating merchant agreements with hate groups, given the violence incited by their extremist views.” 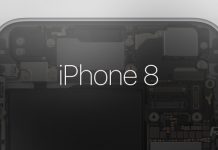