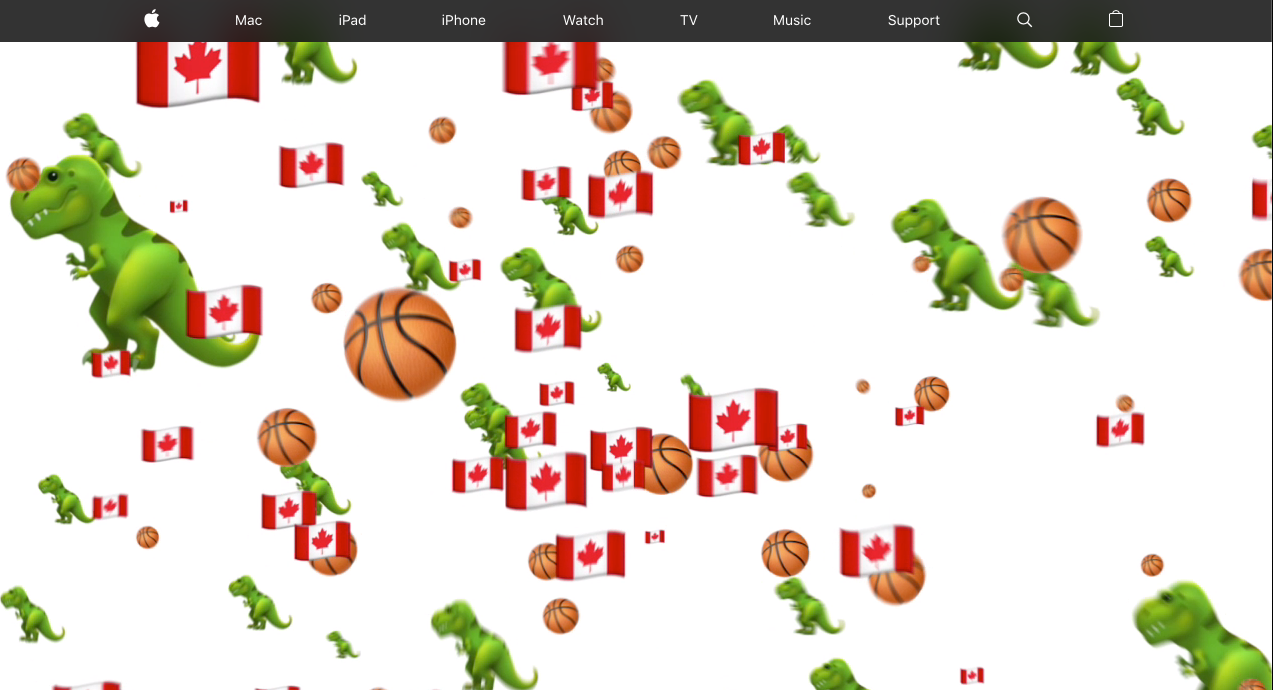 Following a win for the Toronto Raptors last night in Game 6 of the 2019 NBA Championship, Apple is joining in on the celebration with a tribute via its Canadian website.

Users visiting Apple.ca (the tribute only appears on the local Canadian version of its site) this morning are greeted with a short animation of floating basketballs, dinosaur (T-Rex, close enough), and Canadian flag emojis, as pictured above.

The win last night for the Raptors against the Golden State Warriors made for Canada’s first ever NBA Championship.

The gesture by Apple is certainly a nice one for its Canadian customers celebrating the country’s first ever championship this morning, especially considering Golden State is a favorite team of more than a few Apple execs including Eddie Cue as one of the closest teams located near Cupertino.