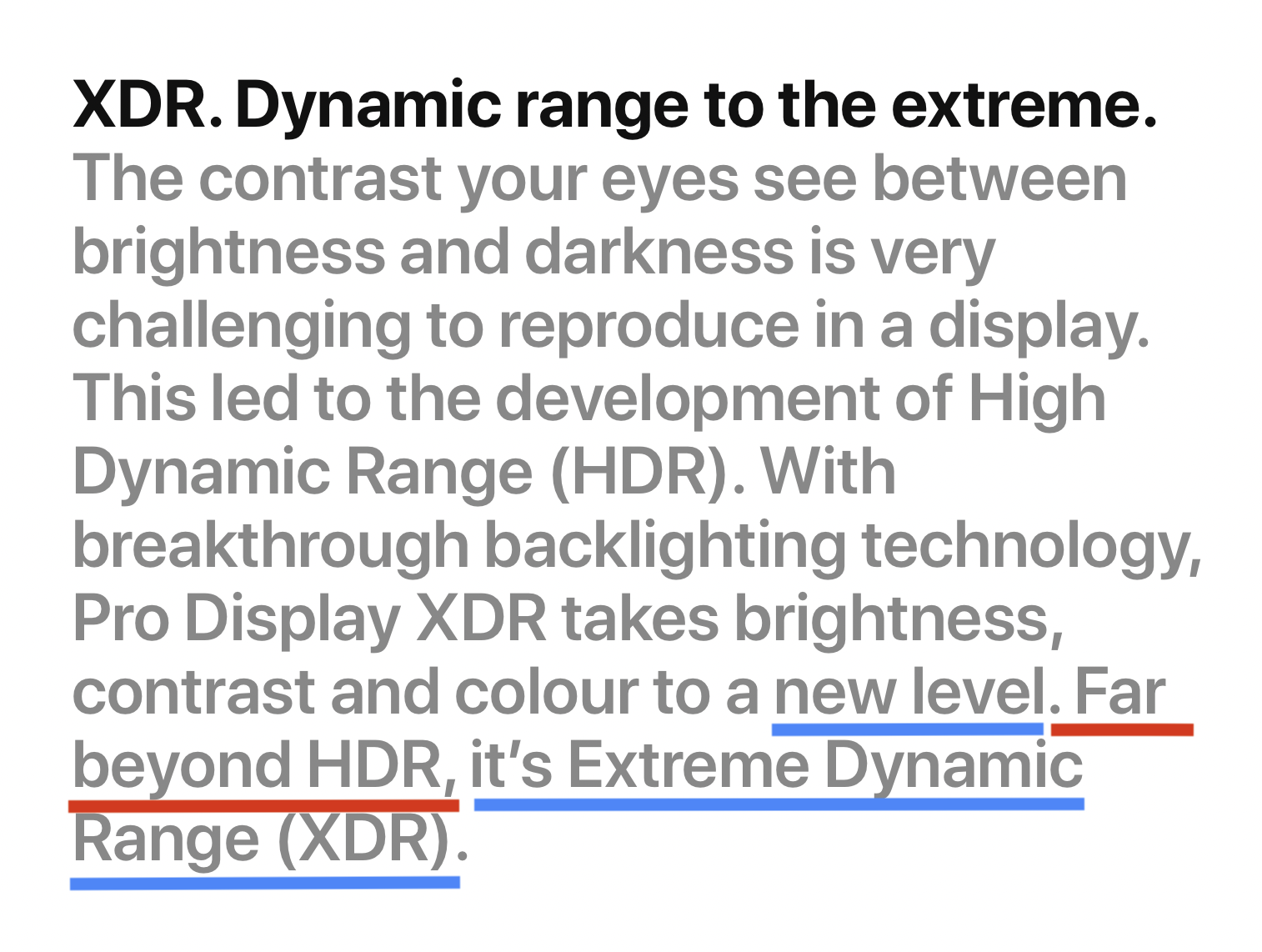 Apple’s marketing for the Pro Display XDR recently went under review by the Advertising Standards Authority in the UK. After looking into several complaints, the authority asked Apple to drop the term “Far beyond HDR,” clarify its P3 wide color range, and also questioned the display’s 1,000,000:1 contrast ratio. Now Apple has updated its website in the UK.

Apple’s Pro Display XDR has received a lot of praise since launch. That includes 9to5Mac’s Jeff Benjamin saying “This is hands-down, the best build quality that I’ve ever seen in a display, from the build materials, the stand, and the panel itself” and PCMag tests that say it does live up to Apple’s reference-grade claims.

However, we learned the Advertising Standards Authority (ASA) was reviewing complaints that it received over how Apple is marketing the display in the UK and later told Apple to stop the use of the phrase “Far beyond HDR.”

Going further, the ASA asked Apple to explicitly state that it supports 99% of the P3 wide color gamut – the complaint believed the marketing was misleading customers to believe that it was 100%.

And finally, the complaint questioned Apple’s claim about the Pro Display XDR offering a 1,000,000:1 contrast ratio.

Last week, the ASA listed that Apple “informally resolved” a case on April 7 and the authority confirmed to 9to5Mac that this was the Pro Display XDR marketing review.

Today, April 12, Apple changed the product’s webpage per the ASA review. First, the phrase “Far beyond HDR” has been removed.

Second, Apple added a footnote to the section where it describes its P3 wide color profile:

Meanwhile, the 1,000,000:1 contrast ratio is still on the product’s UK webpage for now. We’re told that Apple is in the middle of having independent tests run to confirm the claim.

Since this was just a compliant in the UK, Apple’s page for the Pro Display XDR in the US and elsewhere is unchanged.