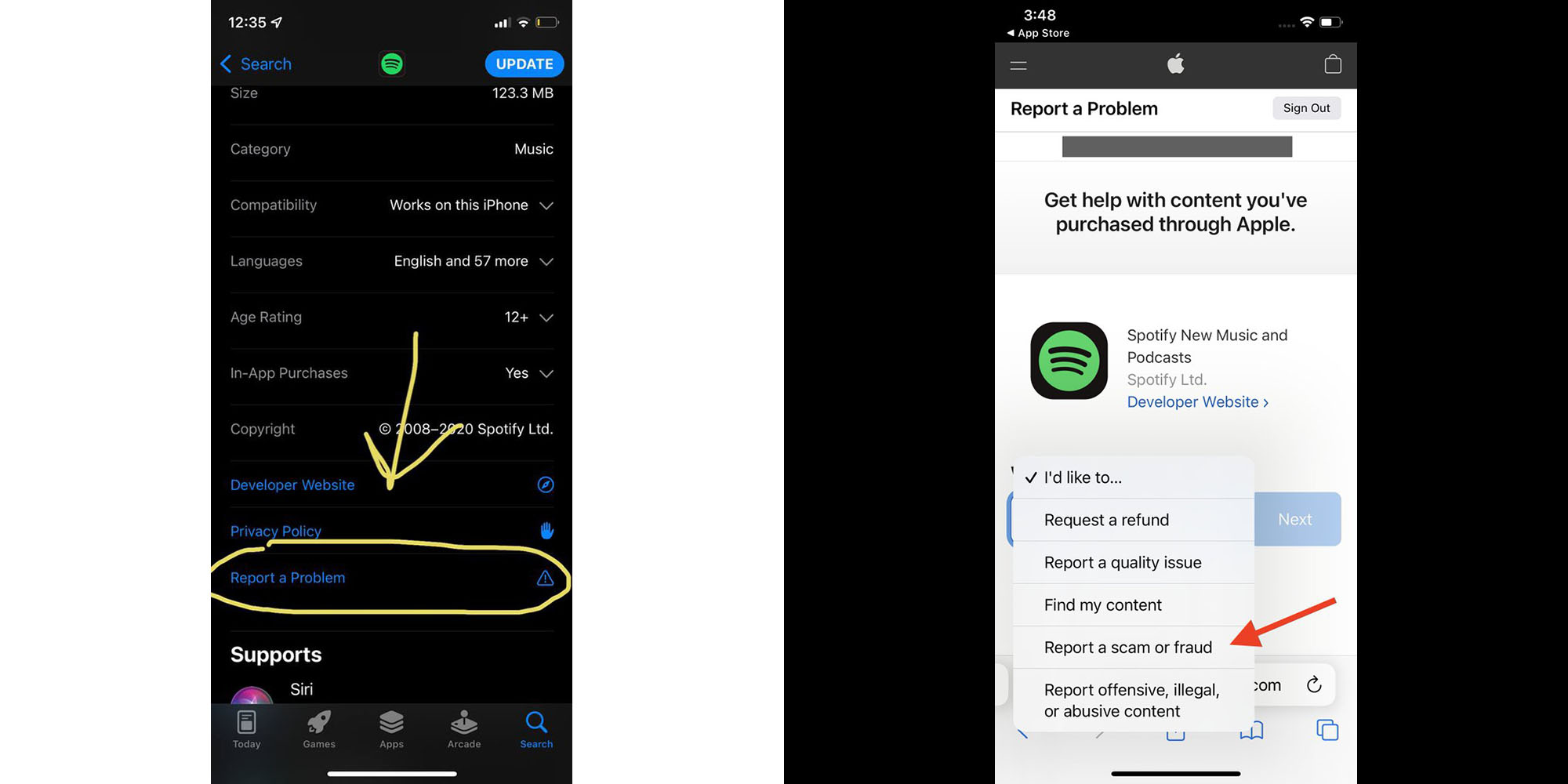 Earlier this week, App Store users and developers noticed that Apple had quietly started rolling out a new “Report a Problem” link to app listings. Now, Apple has officially confirmed that this feature is available for users in Australia, Canada, New Zealand, and the United States – with plans to “expand to other regions over time.”

In a new post on the Apple Developer blog, Apple says that the App Store has “supported a way for users to report problems with their apps and purchases” since the start, but that this new “Report a Problem” link makes the process easier.

Apple also says that it is adding new “Report a scam or fraud” app or “Report offensive, abusive, or illegal content” options to the web version of its Report a Problem tool as well.

Once you submit a report via the App Store or web, Apple says that its teams will begin an investigation and work with developers to resolve issues. The company explains:

Apple’s App Review, Discovery Fraud and Live Moderation, and Financial Fraud teams investigate reported problems for signs of fraud, manipulation, abuse and other violations of the App Store Review Guidelines, and will reach out to developers to resolve issues.

Problematic apps diminish the App Store experience for users and developers, and we’re constantly expanding techniques to identify even more types of problematic content for removal. If we suspect that a developer has engaged in purposeful manipulation, fraud or abuse, we will notify them and take action. Consequences may include removal of apps and may impact their Apple Developer Program membership, as described in App Store Review Guideline 5.6.

We are deeply committed to protecting users from problematic apps so that the App Store continues to provide an incredible opportunity for all developers.

The new “Report a Problem” option in the App Store is rolling out on iOS 15, iPadOS 15, and macOS Monterey. Apple says this feature will help keep the App Store a “safe and trusted place to discover apps that meet high standards for privacy, security, and content.”

Also today, Apple announced that developers will have until January 31 to get their apps in compliance with App Store Review Guideline 5.1.1, which was introduced last June and requires that apps offer a way for all users to easily delete their accounts.