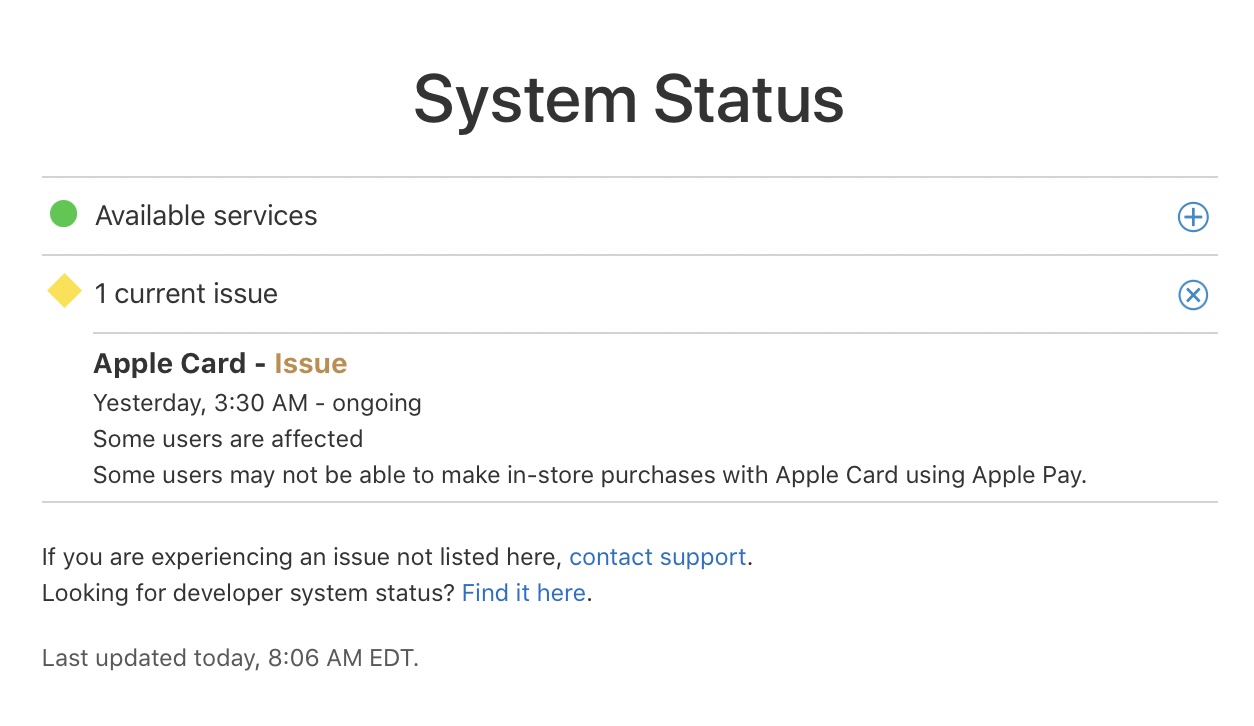 After seeing an Apple Card outage earlier this month that affected all users, the credit card is seeing downtime again this morning which is preventing some from using it for in-store purchases.

Update 10:30 am PT: The downtime is still ongoing.

Today’s Apple Card outage is more minor than the one we saw two months ago. But the company has confirmed on its System Status page that Apple Card via Apple Pay isn’t working for some in stores.

Some users may not be able to make in-store purchases with Apple Card using Apple Pay.

That means using the physical card with the chip or to swipe should work for in-store purchases and also Apple Card via Apple Pay online and in apps should be fine as well.

The previous Apple Card outage that took the credit down completely for all users lasted about six hours. Hopefully this one will be resolved more quickly.