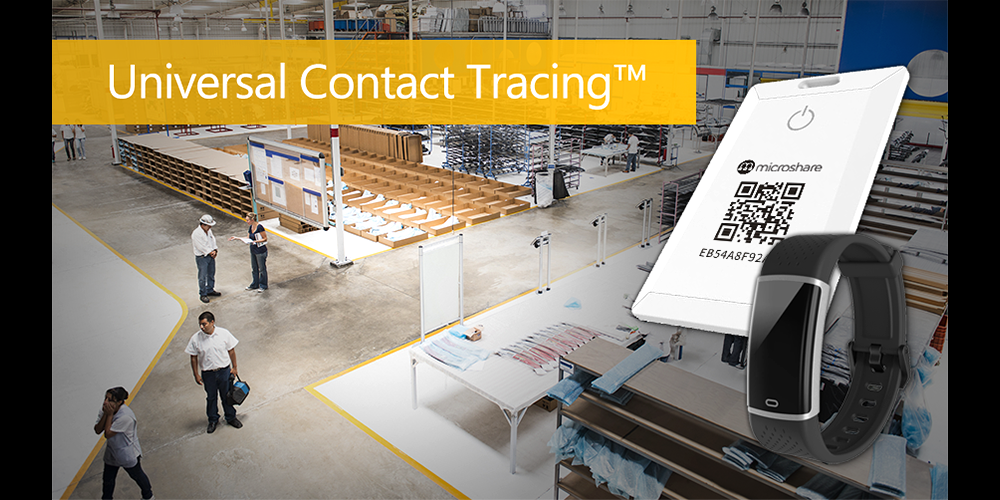 The joint Google/Apple contact tracing API for coronavirus has ‘a stunning blindspot’ claims one company working on a rival approach designed for adoption by businesses for their own employees, as a second company says there is good reason for companies to use a location-based approach.

Not everyone has a smartphone, says Microshare, which is instead proposing the use of Bluetooth badges, keyrings, and wristbands …

The Financial Times carries the report, which suggests that businesses may go their own way, rather than rely on government apps which use the Apple/Google API.

Companies including PwC, the global consultancy, are racing to build surveillance tools that will monitor the spread of coronavirus inside offices and workplaces.

The companies, which also include smaller US start-ups Locix and Microshare, want to give employers the confidence to reopen their facilities, to take action to control outbreaks, and to alert staff if they come into contact with infected colleagues.

While governments and tech companies are working on voluntary tools that send similar alerts, these may not be widely adopted. By contrast, PwC said companies could make its tool mandatory.

“You really need a majority of people to do this,” said Rob Mesirow, who leads PwC’s connected solutions practice. “US businesses are going to have to [tell employees]: If you’re going to come back to the work environment, you need this app on your phone.”

Microshare’s chief risk and sustainability officer Michael Moran said company-issued devices were the only way to get 100% coverage.

“It’s really a stunning blind spot of [the Apple-Google] approach to think that there’s somehow been universal adoption of smartphones,” he said. “It’s just not true. And in fact the most vulnerable populations in the world are exactly the ones that don’t have them.”

Rival company Locix says that, within a business, you do want to know where infected employees have been, and the Apple contact tracing approach doesn’t achieve that.

If an employee tested positive, a company could retrace their steps and see precisely where, and how long, others interacted with them. Surfaces, too, could be scrubbed down once it became known an infected person had handled them, say, a certain forklift or photocopier.

“In a warehouse, I’m going by people in seconds,” said Vik Pavate, chief executive of Locix. “Contact is not only with people, but in spaces . . . It’s ‘Where have you been?’ and ‘How long did you dwell there?’”

Both arguments are somewhat tenuous in developed countries at least. There will be rather few employees who don’t have a smartphone, and targeted deep cleaning done only once someone tests positive is likely to be way too late. That said, there is less of a privacy issue around location-tracking provided that it is ring-fenced to company premises.

Germany has just decided to accept Apple’s privacy-first approach of storing anonymous Bluetooth codes on our own phones rather than in a central database, and most other European countries now seem likely to do the same.