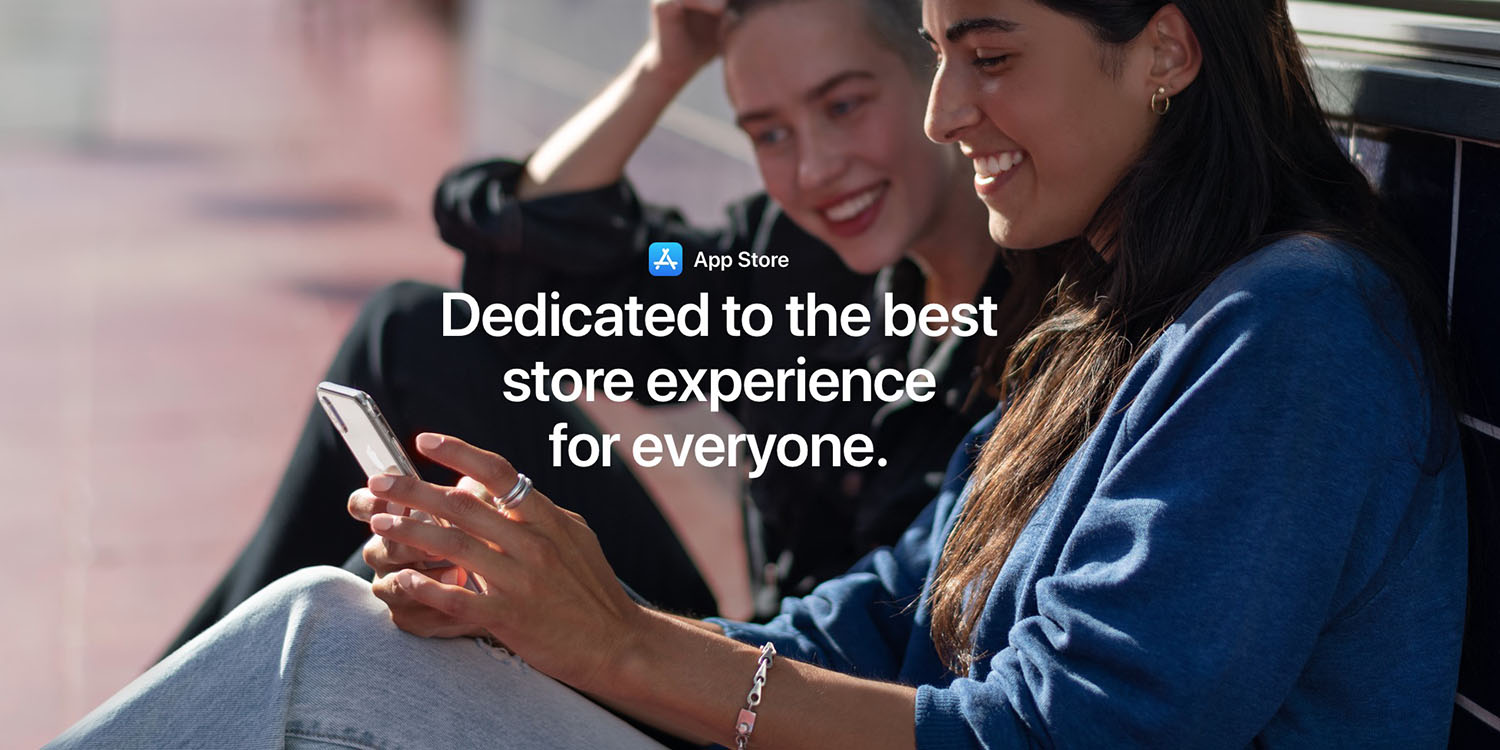 After the US Supreme Court gave the go-ahead for an antitrust case against Apple in regard to its App Store practices, Apple responded with a brief statement. It has now expanded on that on a new webpage entitled App Store Principles and Practices.

The company takes a pretty strong line, stating that while it welcomes competition, it also needs to protect its customers.

It’s our store. And we take responsibility for it …

The web page opens by explaining Apple’s twin goals for the platform, and goes on to explain the protections the company chooses to put in place.

We created the App Store with two goals in mind: that it be a safe and trusted place for customers to discover and download apps, and a great business opportunity for all developers […]

We believe that what’s in our store says a lot about who we are. We strongly support all points of view being represented on the App Store. But we also take steps to make sure apps are respectful to users with differing opinions, and reject apps for any content or behavior that we believe is over the line — especially when it puts children at risk. For example, we strictly prohibit any app that features pornographic material, discriminatory references, torture and abuse, or anything else in exceptionally poor taste.

We created the App Store Review Guidelines to provide clear guidance to developers on building the best apps for our customers. The five pillars of the guidelines — Safety, Performance, Business, Design, and Legal — require that apps offered on the App Store are safe, provide a good user experience, adhere to our rules on user privacy, secure devices from malware and threats, and use approved business models.

It says that the ‘rigorous review process’ is key to that.

Apple shares a few stats, noting that it reviews about 100,000 apps per week, of which 60% are approved. Developers have the option of revising the app or appealing, and Apple says that the review team makes about a thousand calls a week to help developers get their apps approved.

Apple also notes that the App Store doesn’t just offer paid apps from which it takes a commission. There are actually eight different categories of app, and Apple makes no money on four of them:

There are a further four categories where Apple takes a commission:

The company also points out the substantial investments in makes to help developers create apps – everything from compilers and SDKs to the Apple Developer Academy and WWDC scholarships.

We learned more about the app review process yesterday from Apple’s former head of App Store approvals. The antitrust case itself is quite a nuanced one, and may not actually go to court.