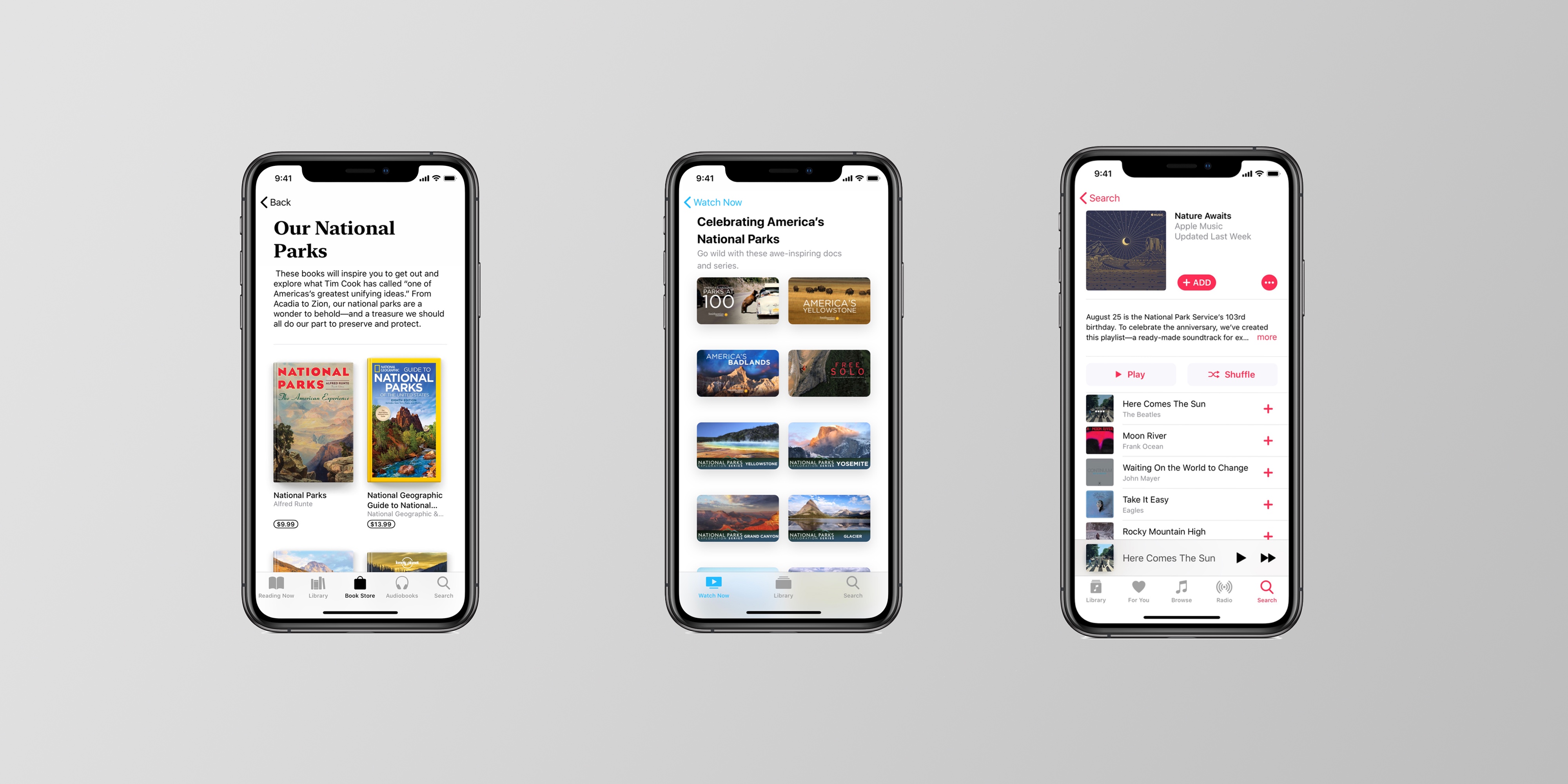 Apple today has detailed the several ways it will honor America’s national parks this month. These initiatives come as the US National Park Service celebrates its 103rd anniversary.

Apple explained why it supports national parks in a new press release today:

Apple supports these programs because they help give thousands of kids opportunities for open exploration, sparking passion and curiosity, and inspiring new generations to leave the world better than they found it.

“The beauty in our parks is obvious to all observers but their most profound contribution is to our spirit,” said Tim Cook, Apple’s CEO. “We are proud to support them.”

In the press release, the company reiterated an Apple Pay promotion that will see the company donate $10 to the National Park Foundation for each Apple Pay purchase made at Apple․com, in Apple Stores, and in the Apple Store app.

Apple also confirmed that it will hold its next Apple Watch Activity Challenge on August 25th. To participate and receive the exclusive badge in the Activity app, record a walk, run, hike, or wheelchair workout of at least three miles.

Elsewhere, Apple detailed that its various services will also promote national parks over the coming weeks:

Apple Music will introduce “Nature Awaits,” a brand new playlist inspired by the extraordinary beauty of the country’s parks, and Apple Podcasts will feature a collection of shows focused on national parks, hosted by the rangers and hikers that love them most.

Apple Books will feature “Our National Parks,” a themed collection that will guide readers through notable national parks in the United States. The App Store will highlight a collection of some of the essential apps to help customers plan for and enjoy their next national park visit.