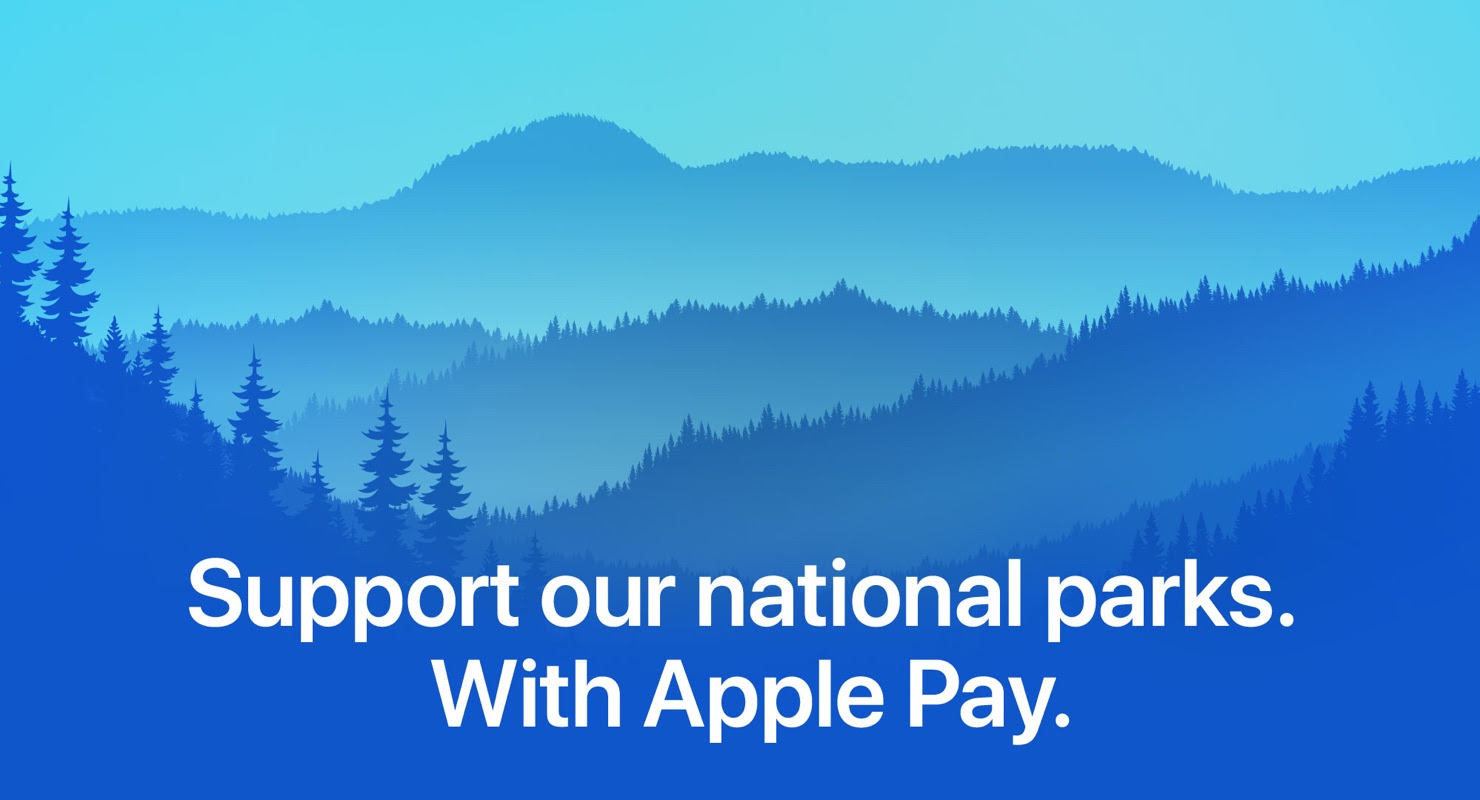 After celebrating the back to school season with exclusive Apple Pay deals last week, Apple has today announced a new promotion aimed at supporting national parks in the U.S. The company is promising to donate $10 to the National Parks Foundation for every Apple Pay transaction made at Apple over the next week.

The promotion officially kicks off on August 17th and runs through August 25th. If you spend $10+ with Apple Pay, Apple will make a $10 donation to the National Parks Foundation. The donation only applies to purchases made at Apple stores, Apple․com, and the App Store. Though, Apple notes that it is capping its donations at 100,000 transactions.

From August 17 through 25, Apple is donating $10 to the National Park Foundation for every purchase made with Apple Pay at any Apple Store, on apple.com, or in the Apple Store app.

The National Park Foundation is the official charitable partner of the National Park Service, and together they work to protect and enhance everyone’s ability to enjoy the natural, cultural, and historic treasures within America’s national parks.

Apple is also holding an Apple Watch Activity Challenge next week to honor the 100th anniversary of the Grand Canyon National Park. This challenge requires you to do a 3 mile run, walk, bike, or wheelchair workout.

Learn more about Apple Pay in our complete guide.