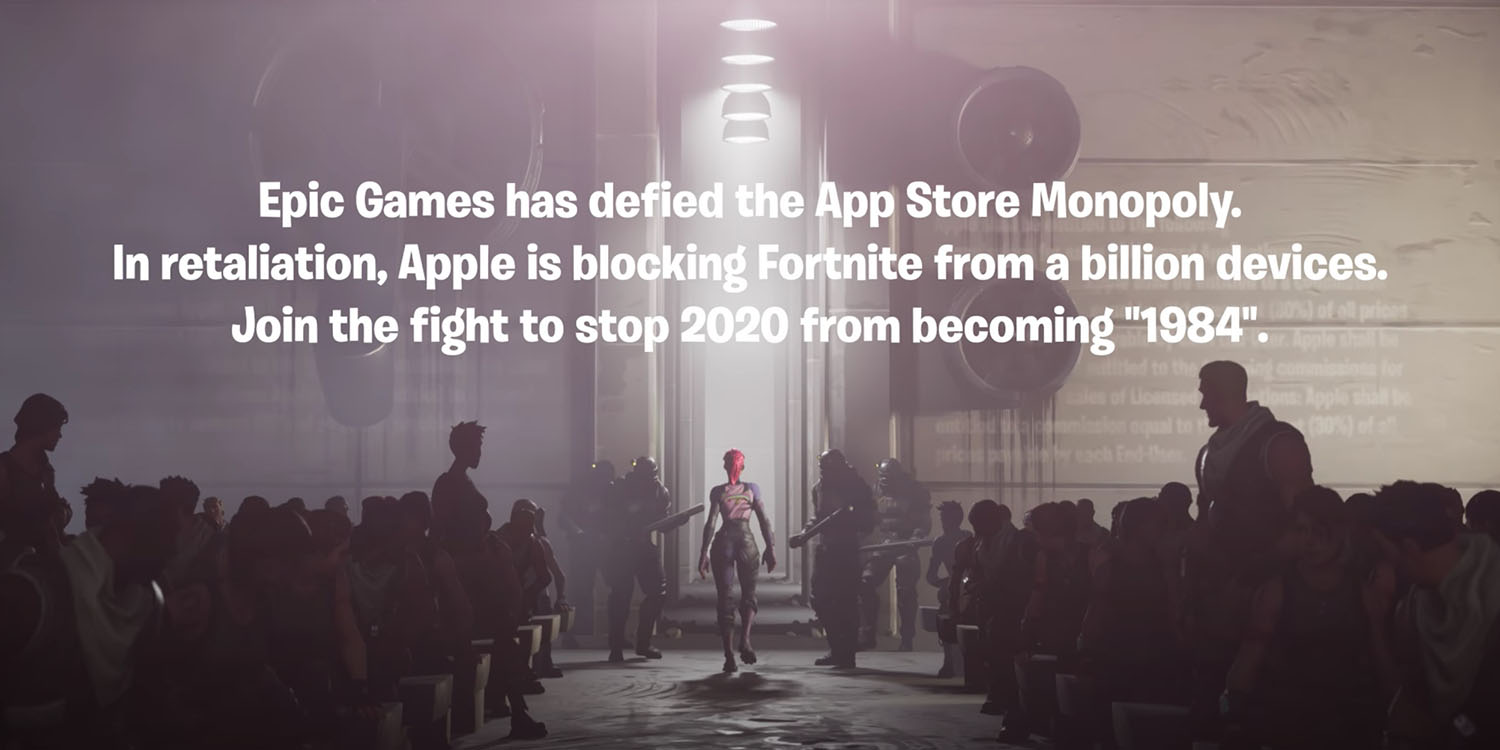 Regards of who you think is right in the Apple/Epic battle, it’s hard not to admire the planning that went into the Fortnite maker’s surprise attack on Apple.

The company clearly knew exactly what it was doing. For the games company, there was really very little to lose …

How the Apple/Epic battle unfolded

Let’s start with a brief recap of what happened …

Fortnite is a massively popular freemium game. You can download it free of charge, but the company makes a fortune from in-app purchases. The game generated over $100M in its first 90 days, and a month later was reported to have hit a cool billion dollars. It was still the top-grossing game this year.

Apple takes 30% of that revenue. (Google does the same for the Android version, though it is possible to sideline the Google Play store.)

Epic wasn’t happy about Apple and Google taking such a hefty cut, so the company decided to take on the tech giants head-on. It offered a ‘direct payment’ option, offering in-app currency at a 20% discount for those who chose to buy direct from Epic rather than via Apple or Google.

That action was, of course, in direct violation of the terms of service of both app stores, and Apple responded exactly as Epic expected it to: by removing the app from the store.

Today, Epic Games took the unfortunate step of violating the App Store guidelines that are applied equally to every developer and designed to keep the store safe for our users. As a result their Fortnite app has been removed from the store. Epic enabled a feature in its app which was not reviewed or approved by Apple, and they did so with the express intent of violating the App Store guidelines regarding in-app payments that apply to every developer who sells digital goods or services.

Epic had a lawsuit all drawn-up and ready to file, and immediately pressed the button on this. The lawsuit accuses Apple of antitrust violations. Not only that, but Epic says it doesn’t just want to win for itself, but to change Apple’s policies for everyone.

Epic is not seeking monetary compensation from this Court for the injuries it has suffered. Nor is Epic seeking favorable treatment for itself, a single company. Instead, Epic is seeking injunctive relief to allow fair competition in these two key markets that directly affect hundreds of millions of consumers and tens of thousands, if not more, of third-party app developers.

That wasn’t the only element of Epic’s preparation for this battle: the game-maker had also created a video parody of Apple’s famous 1984 ad, claiming that Apple was once the upstart rebel fighting against evil overlords, and had now changed sides.

Epic Games has defied the App Store Monopoly. In retaliation, Apple is blocking Fortnite from a billion devices.