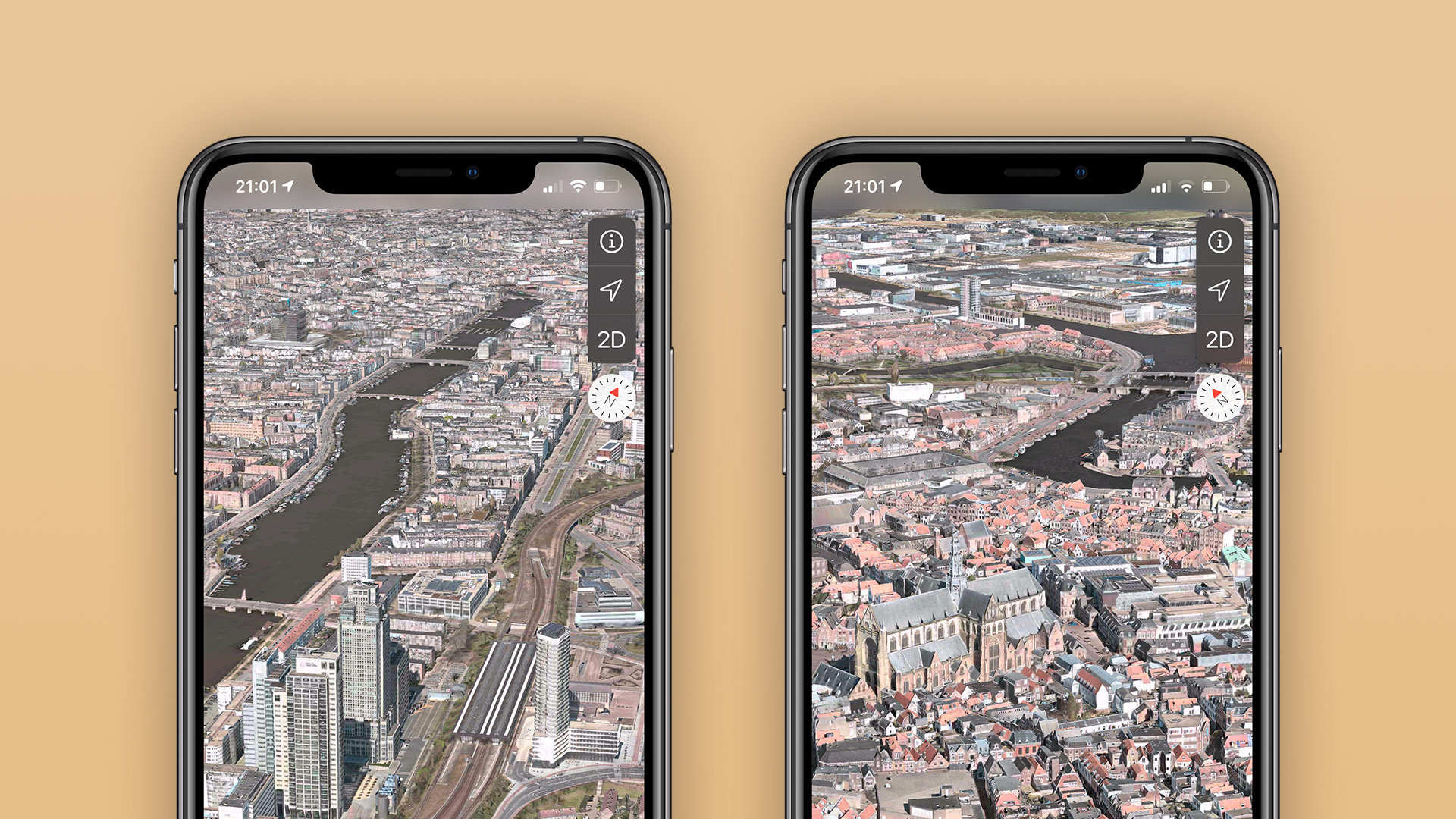 Flyover is a built-in feature in Apple Maps that allows users to navigate around a city through 3D buildings instead of standard satellite images. Today the feature is being expanded to Amsterdam, Haarlem, Zandvoort, and other cities in the Netherlands.

Although Apple introduced Flyover in 2012 with iOS 16, the company has been slowly expanding the feature around the world. Users can see buildings, mountains, trees, and more in 3D. Flyover navigation is fully interactive, so you can zoom in and rotate the image.

See select major metro areas from the air with photo‑realistic, immersive 3D views. You can move your device through space to experience a city from above, or explore in high resolution as you zoom, pan, tilt, and rotate around the city and its landmarks.

As noted by iCulture.nl, Flyover was previously available in the Netherlands, but only in Rotterdam, Eindhoven, and Utrecht. As of today, other cities join the Flyover availability list:

To explore a city with Flyover, all you have to do is search for any address in Apple Maps and then tap the 3D icon. Apple offers Flyover tours in some cities, which highlights some landmarks of that location — but unfortunately this option is not available for the Netherlands.