Apple is exploring an electronic tagging solution to make it easier for Apple Watch users to track their calorie and nutritional intake as part of a healthy lifestyle, as shown in a patent newly granted by the U.S. Patent and Trademark Office.

Many of today’s healthy eating and diet-based food apps require users to manually input nutrition information into their mobile devices, whether by scanning barcodes with their phone’s camera or inputting nutritional figures unit by unit. It’s the sort of repetitive and time-consuming exercise that often causes users to give up on their diet-tracking, but Apple’s invention offers a much more convenient solution. 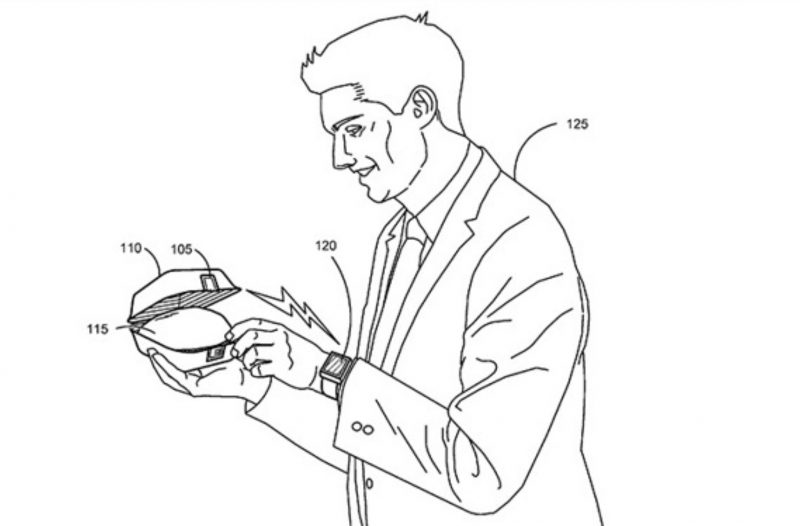 Titled “Electronic tag transmissions of custom-order nutritional information”, the patent describes a system that allows food vendors to encode nutritional information into radio frequency identification (RFID) tags on the fly. The tags can be generated to accompany multiple-item orders at a food counter, as an attachment to the food packaging or as part of a purchase receipt. The tags can then be used to automatically transmit the nutrition data to the customer’s NFC-capable device, such as an iPhone or Apple Watch.

In one example detailed in the patent, an RFID tag combines the multiple variables that make up a customer’s bespoke food order – such as the bread, cheese, meat, and sauces in a hamburger – to generate accurate nutritional information for the end user. Once these details are transmitted to the user’s mobile device, a health monitoring app subtracts the numbers from a daily calorie intake limit as defined in advance, allowing for a more measured, less bothersome way of recording eating habits.

If such a system ever come to market, its success would depend on the wide adoption of the technology by all kinds of food vendors – a difficult undertaking that suggests Apple’s aims may not be so grand. As noted by AppleInsider, it’s possible the RFID tagging could be used in company cafeterias and restaurants for the benefit of employees – in Apple Park, for example.

Apple has increased its focus on health and medical technology that integrates with its mobile devices in recent years, with iPhone and Apple Watch being at the center of its plans. HealthKit framework debuted in 2014, allowing developers to build health monitoring software that integrates with Apple’s Health app, while Apple’s open source framework ResearchKit was made available to developers in April 2015, enabling them to create their own iPhone apps for medical research purposes.