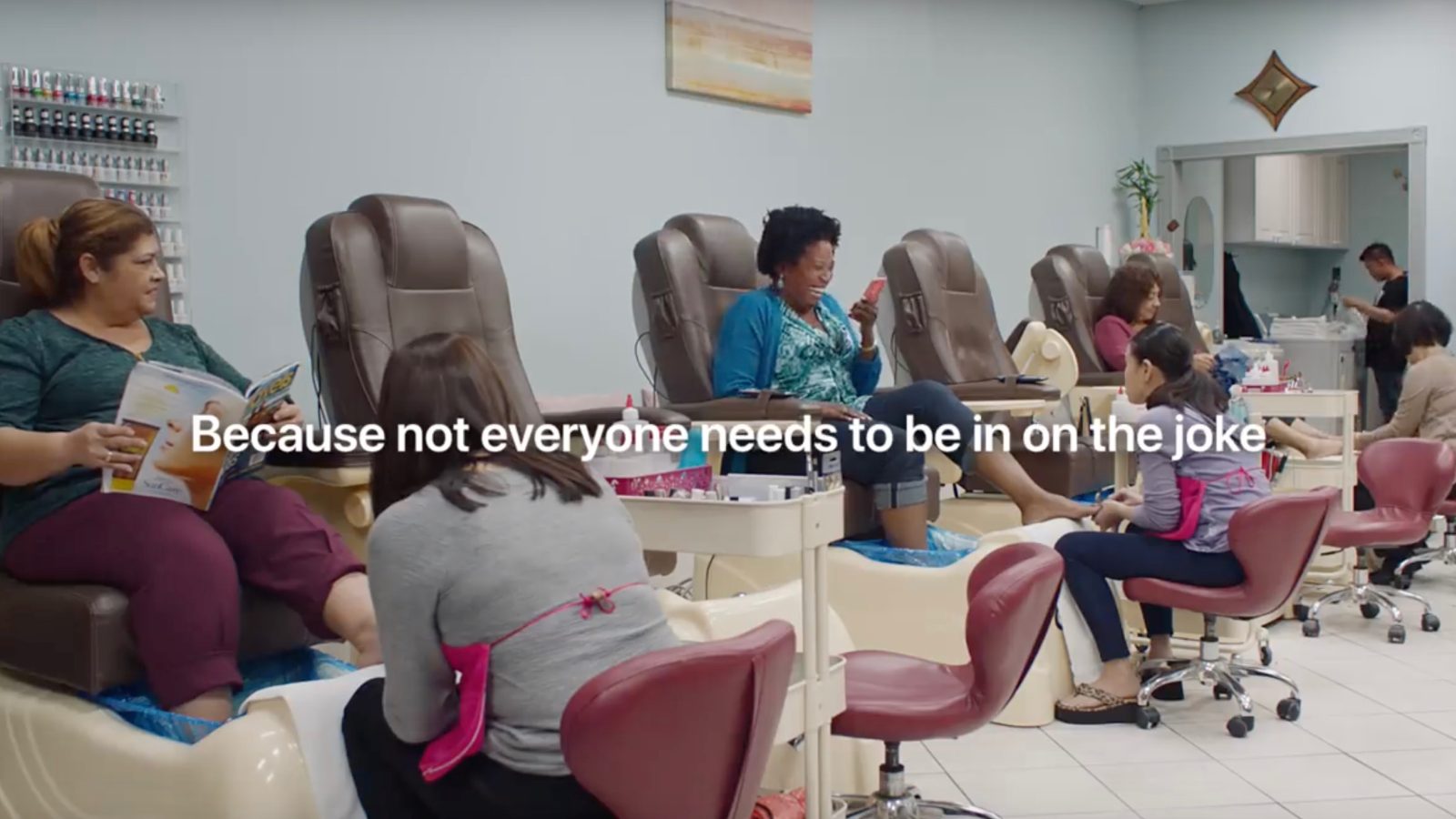 Apple has shared a pair of new iPhone ads this week, with one touting the iPhone XR’s battery life and the other focusing on privacy. The new privacy ad is a continuation of Apple’s relatable “Privacy on iPhone” video series.


In the new iPhone XR ad, which is entitled “Up Late,” Apple touts that the iPhone XR has the longest battery life in an iPhone ever.

iPhone XR has the longest battery life in an iPhone ever. So whether you’re streaming video, watching live sports or playing a game, you’ll lose power before your iPhone XR will.

The new iPhone XR battery life ad debuts just a week after a consumer watchdog group in the UK accused Apple of overstating iPhone battery life by as much as 51 percent. The iPhone XR’s battery life has been routinely praised by reviewers, though.

Meanwhile, the new “Privacy on iPhone” ad, entitled “Inside Joke,” features a woman with an iPhone XR laughing hysterically at a joke. Apple says that “iMessage encrypts your conversations because not everyone needs to be in on the joke.”

Apple debuted its “Privacy on iPhone” series back in March, with the goal of showcasing iPhone privacy in a way that is extremely relatable. The series will seemingly be ongoing for Apple, and it also recently shared a humorous privacy ad focusing on private web browsing.

Watch the new ads below and let us know what you think of them down in the comments.