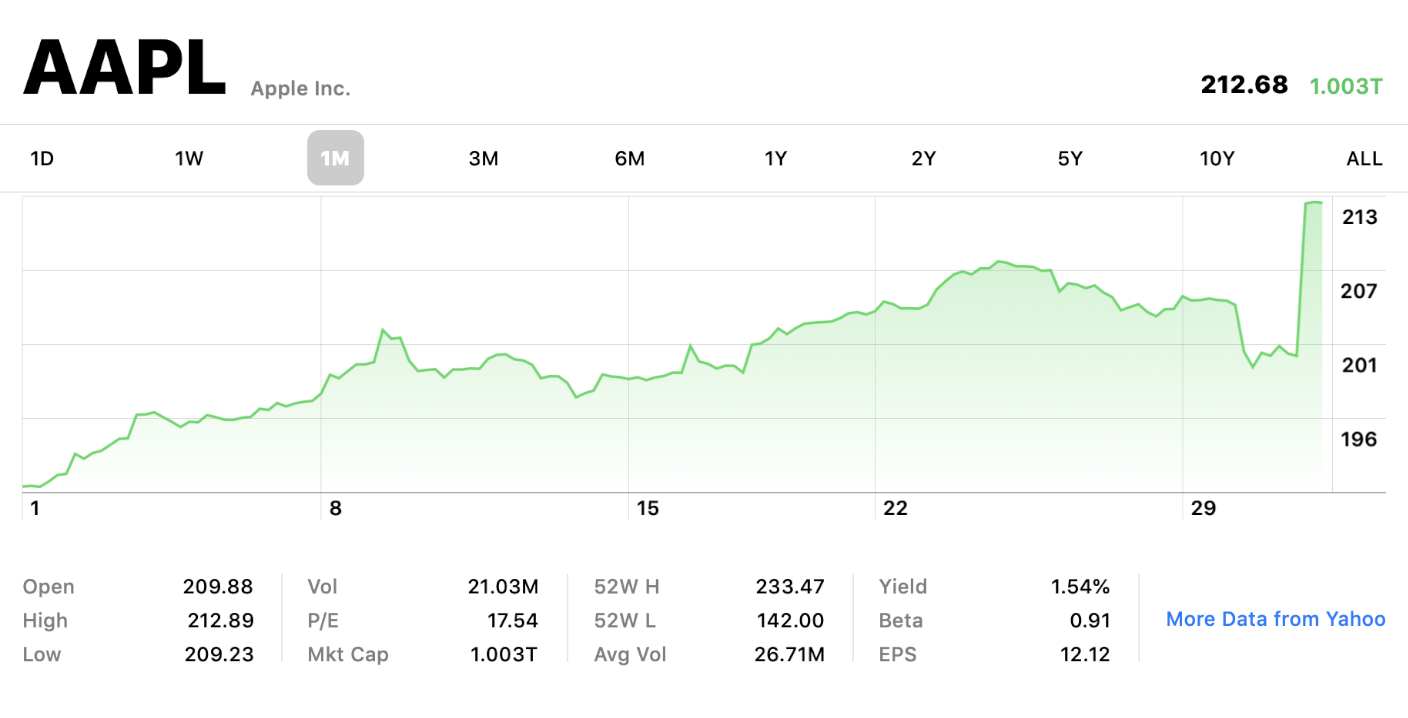 AAPL stock is currently priced at $212.68, with a market cap of approximately $1,003,000,000,000. The company stock closed at around $200 yesterday but rocketed upwards in the wake of Apple reporting its financial results for the financial quarter just gone.

Although iPhone revenue declined 17% year over year, the sharp downturn in iPhone sales seen in the holiday quarter is steadily recovering with Tim Cook describing November and December as ‘the trough’. Combined, sales from all Apple’s hardware products was down 9% compared to the same period in 2018 but this shortfall is almost entirely due to the iPhone; it appears sales of iPads, Macs, and Watches are better than ever.

Meanwhile, Apple’s Services division grew 16% and the iPad business saw its highest growth rates in six years. Apple is pushing the services narrative as its future growth trajectory, and everyone is watching to see how its new offerings like News+, Apple TV+ and Apple Arcade are received.

For the most recent quarter, wearables sales also continued to be strong. In fact, Apple’s ‘Wearables, Home and Accessories’ business segment now rivals the iPad in terms of revenue. Apple said that three-quarters of Apple Watch sales were to customers new to the product.

Of course, the stock market is prone to volatility and stock prices change regularly. The trillion dollar figure is a more symbolic gesture than anything else. Apple became the first publicly-traded trillion dollar company in August 2018. A fall in demand for iPhones in China promptly saw Apple’s valuation tumble in the last few months of the year. In 2019, Apple company value has gained 49% from the January lows.

For fiscal Q3, April to June, Apple expects revenues between $52.4-54.5bn. This was higher than most analysts expectations and signals Apple’s confidence in the continued recovery of iPhone sales.