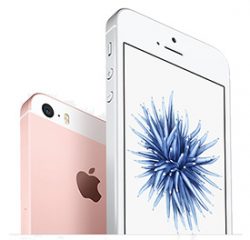 Apple is in talks with government officials in India to expand its iPhone manufacturing facility in Bengalaru, a federal minister acknowledged on Tuesday (via Reuters).

The Cupertino-based company reportedly wants to bulk out the plant in the southern Indian tech hub as part of its plan to capture a bigger share in one of the world’s fastest growing smartphone markets.

Ravi Shankar Prasad, the state official for Electronics and IT, said government officials were in touch with Apple and other mobile phone manufacturers for expanding facilities and setting up new plants.

Last week Apple officially began initial production of a small number of iPhone SE devices at its Wistron-run Bangalore plant, and plans to ship Indian-created iPhones to local customers as soon as this month.

The locally produced phones could be up to $100 cheaper than the current going rate for iPhone SE devices in the country, which would help Apple to compete with the wide variety of cheap devices available there.

Apple’s struggles in India have been put down to the iPhone’s traditionally expensive price tag, a fact that Apple CEO Tim Cook has openly admitted. Last year, a Strategy Analytics report said a total of 35 percent fewer iPhones sold in 2016 in the country than in 2015.