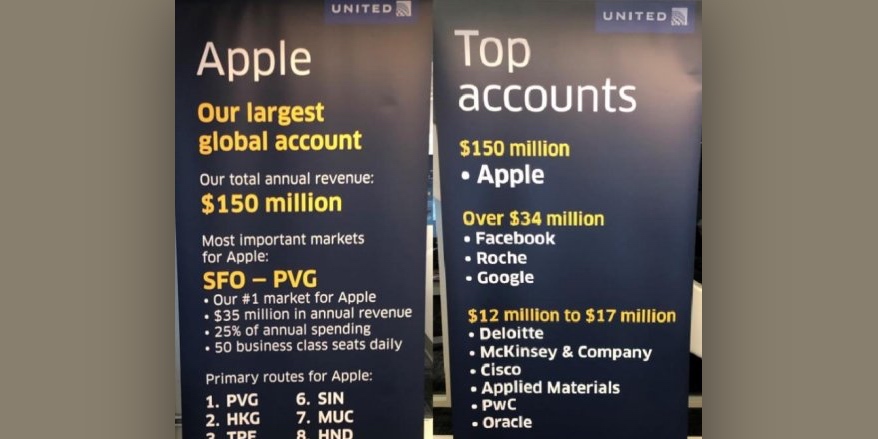 Back in January this year, United Airlines accidentally revealed that Apple was its number one customer with an annual spend of $150 million. Now, it appears the airline and Apple are in early talks about upgrading its terminal at SFO.

Reported by Bloomberg, details aren’t clear on how Apple would specifically help United Airlines with an upgrade for its SFO terminal, but a comment from the airline’s VP alludes to the partnership on a refresh.

“The Apple team in San Francisco has been in our baggage hold areas, customer service and the lobbies,” Linda Jojo, executive vice president at United Airlines Holdings Inc., said Friday at the company’s media day in Chicago. “I’m being deliberately vague” on details, she said.

It could be really neat to see Apple bring its design expertise to an airport terminal and with 50 business class seats every day out of SFO being booked on United Airlines by Apple, its employees would likely enjoy the update as much as anyone.

United has also been a big customer for Apple’ over the years as it has purchased thousands and thousands of devices and worked with Apple + IBM on enterprise apps.