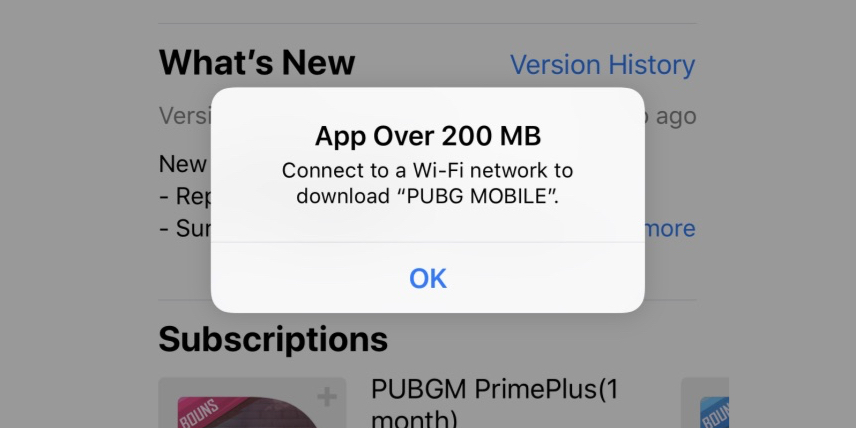 This week, Apple has upped the cellular download limit for iPhone and iPad that prevents users from downloading large files from Apple’s stores, including apps, games, video podcasts, iTunes Store films and more.

The cellular download limit has been increases from 150 MB to 200 MB. This means more apps and games are now be allowed to be downloaded over the cellular network.

The file size limit prevents iOS users from accidentally downloading a big game on LTE and blowing through their carrier’s data cap. However, the cellular limit is often mocked as a stupid feature as Apple offers no opportunity to override the limit and force the download to succeed.

It is also silly because the cellular limit is enforced non-discriminately, which means even iPhone users with unlimited data plans are still barred from downloading apps and games over 200 MB.

The alert would be better implemented as a warning, informing the user that they are about to download a large file but including a ‘Continue Download’ button to allow the download to complete. Even users with capped data plans may need a big app in a pinch from time to time.

One important gotcha when testing iOS’s cellular download limits is that the limit is tested against the thinned, compressed file size. The App Store reports app file sizes before they are thinned.

For example, you can now probably successfully download a game over cellular that is listed around 240 MB in size on the App Store. This does not mean the cellular limit is 240 MB. What it means is the version of the game that is being downloaded — which includes having irrelevant assets stripped away, like artwork only used on the iPad version of the game — is below the real 200 MB limit.