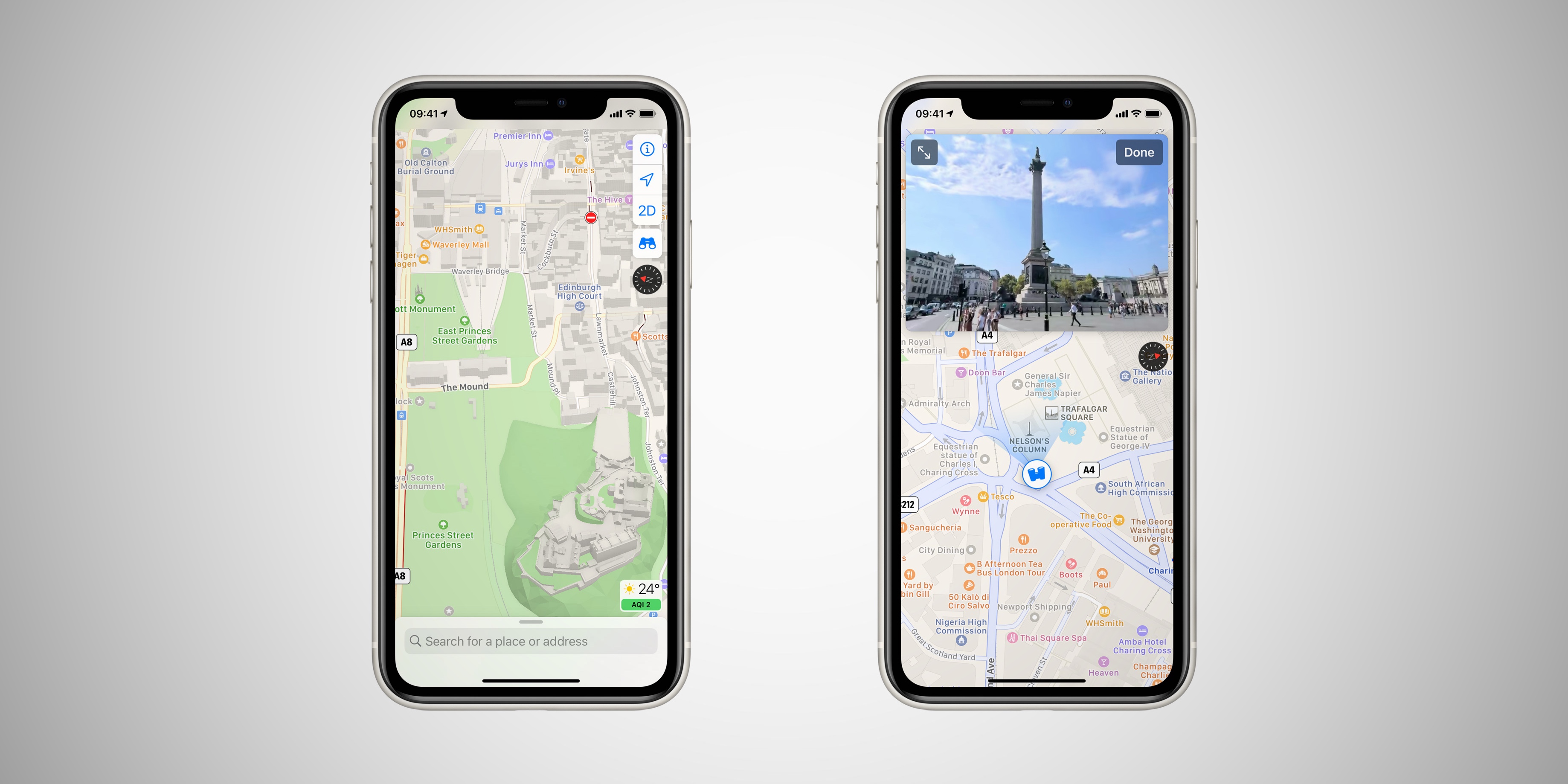 Apple today officially launched its in-house mapping data in the United Kingdom and Ireland, after completing the rollout across the United States in 2019. The new map is rolling out now and should be available to all customers later this evening.

With its revamped Apple Maps initiatives, Apple is using its own map data sourced from satellite imagery, as well as ground truth Apple Maps vehicles. When the new Maps project launched in the US last year, Apple said bringing the map data in-house would allow the company to make the map more accurate and more responsive to changes in the real world.

With iOS 14, Apple is also adding speed camera and traffic light markers to the map in the UK and Ireland. Integrated cycling directions are also new to the UK this year.

Today, Apple announced that Look Around is available in three United Kingdom cities: London, Edinburgh and Dublin. If you are using Apple Maps on a device running iOS 13 or later, you should be able to see the Look Around binoculars icon when exploring London, for instance. Tap the binoculars to see a 3D 360-degree view of the current area under your placemarker pin.

The company promised that ‘many more places’ will get Look Around in the future.