Apple has updated its Maps app with traffic data for major metropolitan areas in Saudi Arabia and the United Arab Emirates.

So far, the new coverage extends to the capitals of the two countries and other heavily populated areas, with more limited traffic information on major highways and thoroughfares also available. 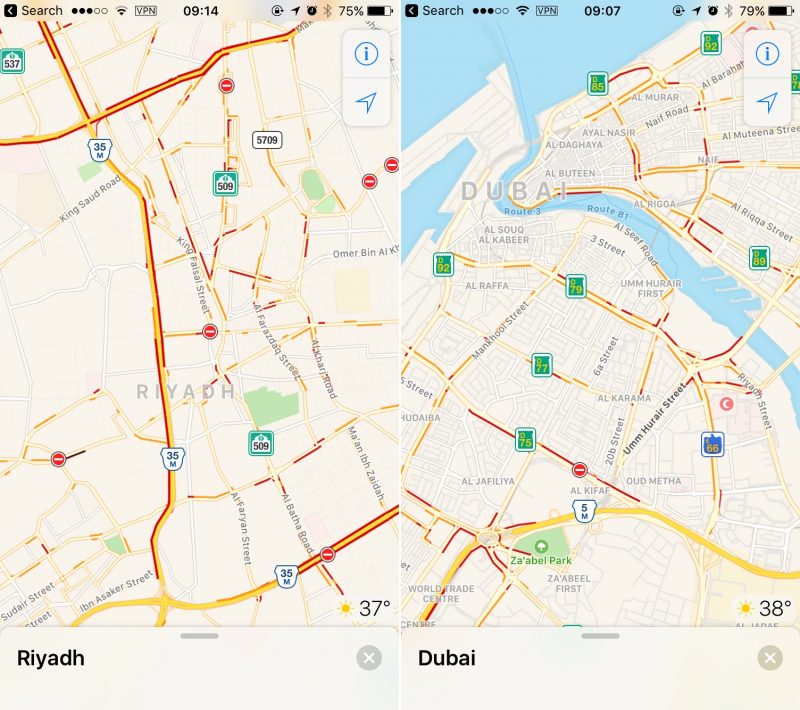 Examples in UAE include Abu Dhabi, Fujairah, and Al Ain, with locations in Saudi Arabia including Jeddah, Mecca, Medina, and Ta’if.

Turn-by-turn navigation still appears to be unavailable in the Middle East regions, which may explain why Apple hasn’t added the countries to its iOS feature availability page, but the inclusion of traffic data strongly suggests Apple is about to follow up with live direction information.

The update marks Apple’s first visible effort to increase its geographical data services to the Middle East beyond the standard street information and notable points of interest.